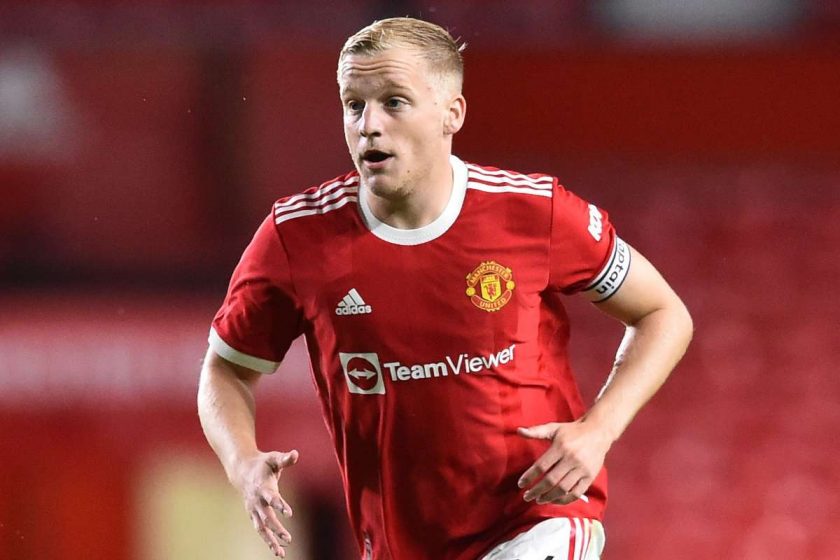 Donny Van de Beek, 24, joined Manchester United from Ajax in the summer of 2020 on a five-year deal but struggled during his first season in the Premier League, starting only 15 games across all competitions. This has continued into the 2021/22 campaign, as the Dutchman is yet to start a Premier League game to date.

The 24-year-old midfielder’s situation at Old Trafford looks to have changed little with the arrival of interim manager Ralf Rangnick following the sacking of Ole Gunnar Solskjaer. Van de Beek has only played six league minutes under Ralf Rangnick and is understood to be frustrated with the lack of opportunities.

The ex-Ajax star has lost his place in the Netherlands national team and with the World Cup in Qatar on the horizon, the versatile midfielder will be desperate to force his way back into Louis van Gaal’s squad.

Freshly, Eddie Howe’s Newcastle United and Bundesliga club Borussia Dortmund have been asked to consider the signing of Van de Beek on loan, with the Netherlands international open to leaving Man United this month.

Newcastle United are on a spending spree as the new Saudi owners aim to back manager Eddie Howe to turn the club’s fortunes around and retain top-flight status.

The Toon Army signed Kieran Trippier from Atletico Madrid to bolster their backline, and on Thursday completed the acquisition of striker Chris Wood from relegation rivals Burnley. They are also understood to have launched a bid for Sevilla defender Diego Carlos and are awaiting a response from the La Liga club.

Should the Magpies offer Van de Beek an escape route out of Man United?

Donny Van de Beek has had little game time since arriving at Man United in 2020. The persistent reliance on Fred and Scott McTominay in the middle of the park, with Bruno Fernandes an indispensable figure to the Red Devils, means the Dutchman has failed to enjoy a consistent run of games.

Even the injury absence of Paul Pogba has seen him play just 63 minutes of Premier League football in the last two months, with all his appearances coming from the substitute’s bench. Keeping that in mind, Van de Beek could offer a short-term improvement to the Newcastle squad.

The Magpies lack quality in midfield to carve open rigid defences, which makes Van de Beek an ideal target. The Netherlands international’s passing skills, movement and link-up play in the final third would give Eddie Howe’s side a different dimension going forward. With players like Allan Saint-Maximin, Joelinton, new recruit Chris Wood in attack, the 24-year-old could flourish playing as a no.10.

Also, Van de Beek would get a fairer crack of the whip at Newcastle, who are doing everything possible in the ongoing window to prepare for a difficult relegation battle in the second half of the season. Thus, the Magpies signing the Dutchman on loan from Man United would benefit all the parties involved.