The exit links of the Argentine have surfaced since the Champions League failure. 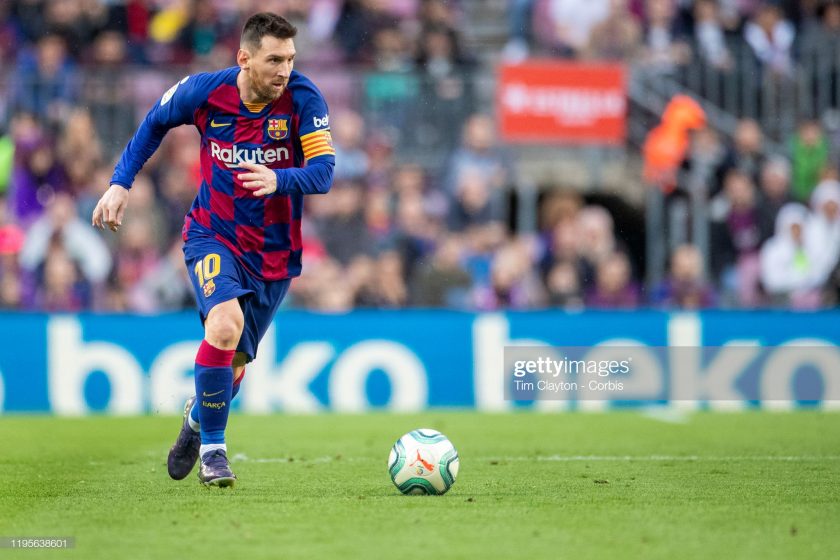 It has become normal for Lionel Messi to get linked with an exit whenever Barcelona suffer immensely in the Champions League or his contract period expires. But every time the Argentine ended up staying at his boyhood club. His fidelity to the club – the last instance was in La Liga last term when he pumped in the air and kissed the badge – might have reached the vantage point as the rumours have started to flow again regarding his departure, but this time they look more serious than before.

Another lacklustre season for the Catalans

You can easily sum up the 2018/19 season as “ Barca=Messi” – similar to that of Edward Norton – Brad Pitt connection – as the Argentine completely ran the show with an otherwise feeble squad. Thanks to Real Madrid who were undergoing a slight transition.

Enter the final few months of the season, where Barca looked at pole position to secure a treble and Messi was being tipped for another Ballon d’Or – the latter would happen. Ernesto Valverde, the manager who saw the Catalans crumble against Roma in the previous season, again witnessed the fall-out of Barca in the semi-finals of UCL – I don’t want to recollect that infamous night at Anfield. Like all of his teammates, Messi was no exception that night as he failed to inspire the Catalans – even few could argue that the skipper was let down by his teammates. Will that even matter when a person aged 32 broke his back to send his side to the second leg with an unassailable lead, only to bottle the advantage later? A gentle reminder that Messi ain’t got as many as ten hands to bail his side all the time.

The perfect way to surmise that season – Let’s roll back to the 28th of April last year. Barca were playing against 15th placed Levante, and the Catalans can have a crack at the title if they win. It is already past an hour mark, and the scoreboard is 0-0. Most importantly, Messi is yet to come off the bench. Unsurprisingly, he came; he scored, and he lifted the title. It is a kind of a rarity to see a side like Barca to rely on Messi for longevity.

Last season started without Messi, who was hit with an injury then. New season, yet same old problems. With the ageing core and the uninspiring manager Valverde at the helm, everybody foresaw the failure of the Catalans. It happened as it had been predicted and Barca can’t thank Los Blancos this time as they had upped the ante, winning the La Liga title.

For Messi, it was a mundane season although there was a slight drop in his scoring rate. But that couldn’t prevent him from topping both the scoring and assists charts in La Liga.

Barca was left with no titles before they entered the Champions League knockouts. The win against Napoli was flattering to defeat as they suffered a humiliation in the quarter-finals against Bayern Munich. This time the only significant change to that of last season was the manager Quique Setien. But the former Real Madrid gaffer was also no different as he took a leaf out of his predecessor’s book.

Messi had already voiced out on Barca’s performances in the past few seasons as he declared it unacceptable from the standpoint of the fans. He is also seemingly frustrated and unconfident with the current board and their planning, which makes his future uncertain beyond this summer.

Upon becoming the new manager of Barca, Koeman has stated that Messi still holds the prominence and the Dutchman is looking to build the squad around the little magician.