Real Madrid won the title in La Liga, the first since 2017 after they beat Villarreal 2-1 at Alfredo di Stéfano Stadium. 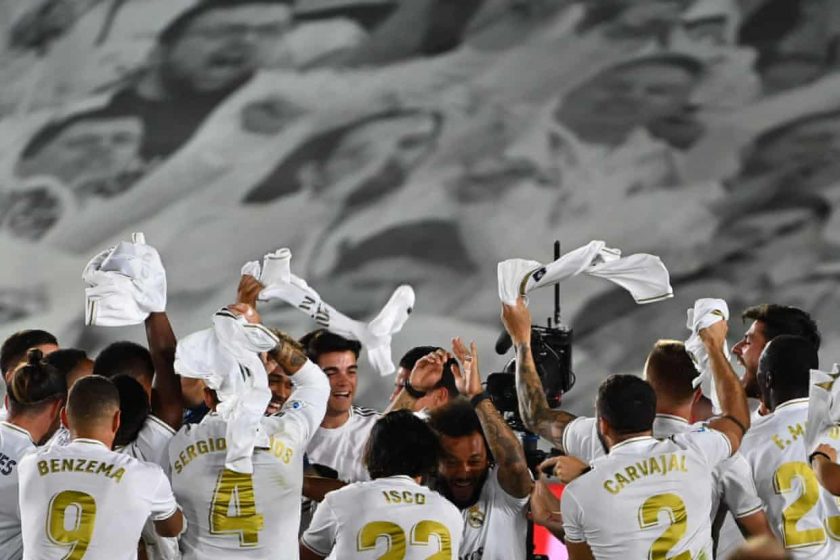 Karim Benzema hit the net twice and finished the job. Villareal scored the goal for 2-1 in the 83rd minuted when Iborra hit the net, but that’s all that visitors could do in Madrid. The home side could even win this game when Asensio scored in the injury time, but that goal was disallowed (VAR – handball).

Real Madrid have 7 points more than FC Barcelona one round until the end of La Liga, after Catalans were shocked at Camp Nou by Osasuna 1-2.

This is the first trophy for Real this season and probably the only one. They were eliminated in the Copa del Rey, while in the 1/8 finals they lost the first match at home against Manchester City 1-2, so it will be hard for them to get back. The good thing for Zinedine Zidane’s men is that all remaining fixtures in the Champions League will play in Lisbon due the corona pandemic.

Barcelona, Atletico Madrid and Sevilla all qualified for the UCL

The other top 4 teams have secured their spot in the UEFA Champions League. FC Barcelona despite the lost against Osasuna will remain in the second position. Atletico Madrid continued with the good performance and beat Getafe 0-2, while Sevilla played against Real Sociedad in the goalless draw.

Mallorca and Espanyol both relegated, while Leganes and Celta still fighting to stay in La Liga.