The Serie A outfit are in talks to sign the midfielder on loan. 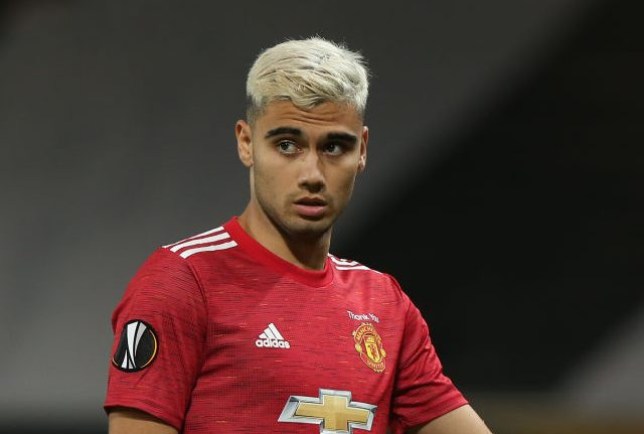 Lazio are reportedly eyeing a move for Manchester United outcast Andreas Pereira on an initial loan move with an option to buy him permanently. Pereira, who is currently down the pecking order of Ole Gunnar Solskjaer, is said to be in talks with Serie A outfit over the potential transfer.

The Brazilian midfielder has so far found it hard to adapt to the life at Old Trafford since making his jump from youth ranks to first-team in 2014. Upon returning from somewhat a decent loan spell with Valencia, Pereira was in and out of the Red Devils’ squad throughout the 2018/19 season. Last season, he made 25 appearances in all competitions with an insignificant output of just two goals and four assists.

With the 2019/20 season under full-swing, he has been dropped in all the three matches so far while the new signing Donny van de Beek looks the favoured one of Solskjaer. Despite not being a starter, Van de Beek made some fruitful cameos to gain the trust of the manager.

Lazio are looking to bring in Pereira as a replacement for their former target David Silva. Silva was close to joining the Biancocelesti before he decided to sign for La Liga club Real Sociedad. Lazio director Igli Tare, who got disappointed with the incident, now looks to make amendments by signing Pereira.

Lazio are understood to be keeping tabs on Juan Mata, another Manchester United outcast. The Spaniard has a contract running until next summer.

Pereira will cost Lazio around 24m pounds if they are to sign him permanently after loan. However, it remains to be seen whether the 24-year-old could nail down a place in the midfield currently replete with marquee players like Sergej Milinkovic-Savic and Luis Alberto. The duo has been off to service to the Simeone Inzaghi’s side, who finished fourth in Serie A last season.

For Pereira, he can reinstate his career with Lazio, whose success has been significant of late. The Brazilian’s versatility to play in multiple positions also would make him a handy signing for the Rome club.

Man Utd are also working on the deals of Jadon Sancho and Alex Telles but are aware that they need to get rid of fringe players first. Van de Beek remains the only signing of the transfer window so far while Solskjaer is looking to bring as many as three players before the transfer window.