One of the great surprises in the last three weeks came when Barcelona decided to launch ‘Operation Ferran”. Barcelona’s sporting director, Mateu Alemany was in Manchester last month to enquire about Raheem Sterling but ended up initiating talks for Ferran Torres. Since then, the talks have progressed at a rapid pace, so much so that the deal is said to be ‘extremely close’ to completion now. 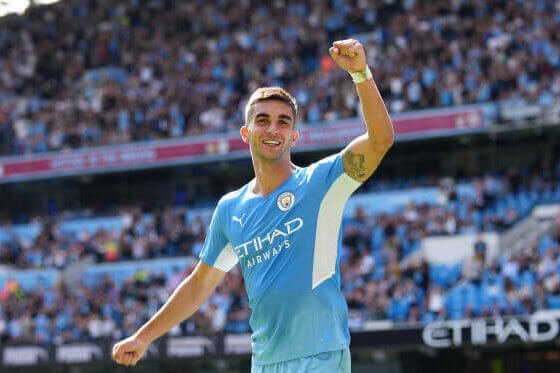 Torres to Barca is almost a done deal now and Italian football journalist has reported that the two clubs have agreed on a fee of €65 million (€55m + €10m in variables) and now only the official announcement is pending, with the player having already agreed on personal terms with the former La Liga champions.

Torres has been Xavi’s priority and the 41-year-old ‘wanted him at any cost’. The former Valencia winger is accustomed to playing in Spain and is a smart buy for the Catalans, who are looking for a pure winger, and a finisher. Torres’ versatility makes him a valuable asset in the final third and that is what Barca are planning to count on.

With the deal said to be completed and the player set to be the first winter signing for Barca, Pep Guardiola has confirmed that the deal is indeed close to completion.

“Ferrán is from Spain, Barcelona want him, he said he wants to leave, I said… leave. I called Txiki, his agent makes a deal and he’s leaving. I want players to be happy”.

“Ferrán is from Spain, Barcelona want him, he said he wants to leave, I said… leave. I called Txiki, his agent makes a deal and he’s leaving. I want players to be happy”. 🔵 #MCFC pic.twitter.com/jAovwCKEnT

The 21-year-old is said to be seduced by the prospect of leading Barcelona’s front line at Camp Nou. The winger would also have a central role in Xavi’s project, something that cannot be guaranteed at Manchester City. At City, Torres was just beginning to cement his place in the XI and even started the season on a bright note with his finishing skills, until he sustained a foot fracture in the UEFA Nations League. Having said that, the Spaniard is close to recovery and reports indicate that we could see Torres back on the field in mid-January.

With Torres set to become a Barca player in the coming days, the onus is now on Manchester City to find a replacement for the winger. The Cityzens have been tipped to go for Dusan Vlahovic this winter, another top striker who has been linked with a move away from his club. The Fiorentina striker has been in red-hot form and is said to be looking for pastures new, with Manchester City keeping him on their radar.

It will be interesting to see if City do decide to go for the 21-year-old, with Pep Guardiola affirming that City will “not” sign a new striker this winter.

“We won’t bring in a striker in January. This is the plan.”

With City set to part ways with Ferran Torres, do you think City will sign anyone this winter, as a replacement of the Spaniard or will Cole Palmer occupy Torres’ place?