Crystal Palace are set to battle with Premier League rivals West Ham and Brighton for the signing of Arsenal striker Eddie Nketiah. 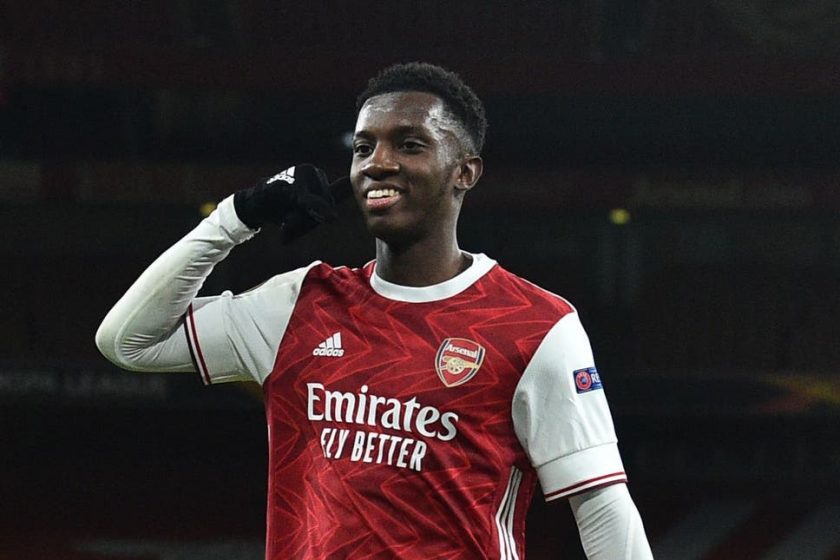 Eddie Nketiah, 22, is out of contract at the end of the season and has turned down a new contract from Arsenal as he seeks more regular football elsewhere. The former England under-21 international, who netted a hat-trick for the Gunners in their 5-1 win over Sunderland in the EFL Cup quarter-finals on Tuesday, could depart in the upcoming January transfer window.

The 22-year-old is yet to start a Premier League game this season, having managed only three substitute appearances. Nketiah’s situation at Arsenal has alerted the likes of Crystal Palace, West Ham and Brighton, with the Premier League trio eyeing a cut-price deal. The striker has also attracted interest from German and French clubs and will be eligible to negotiate a pre-contract agreement with a non-English from January 1 onwards.

Crystal Palace are going to be without as many as four players for several weeks due to the Africa Cup of Nations tournament happening between January 9 and February 6 in Cameroon. Africa’s showbiz tournament is usually held every two years and was scheduled to be played last summer but was postponed because of Covid-19.

As the final is set to be played on 6th February, the Eagles boss Patrick Vieira could be missing some of his players for seven games if they are able to go that deep in the competition. Wilfried Zaha will be without Ivory Coast, Cheikhou Kouyate will team up with the Senegal squad, while both Jordan Ayew and Jeffrey Schlupp will line up for Ghana next month.

During this period, Patrick Vieira’s side will face Millwall in the FA Cup whilst playing six Premier League games, including fixtures against Tottenham, West Ham and Liverpool. Thus, it is an absolute must for Vieira and Crystal Palace to take a dip in the upcoming winter window and add a couple of fresh faces to the squad.

The Eagles must try signing Eddie Nketiah in January

The potential departures of Wilfried Zaha and Jordan Ayew will leave Crystal Palace light in the attacking unit. In addition, Vieira has told Jean-Philippe Mateta that he is not in his plans and is free to leave in the winter window, with the rangy striker attracting interest from Ligue 1 club Saint-Etienne of late.

This should make reinforcing the attacking options a priority for Vieira heading into the mid-season trading period. In that regard, the south London outfit’s interest in Eddie Nketiah makes sense.

Nketiah has struggled for regular game time at Arsenal since breaking into the first-team setup during the 2017/18 season. Set to turn 23 in May, the centre-forward wants to enjoy regular opportunities which he could get under Vieira at Selhurst Park.

The Englishman is a talented young player who would add quality to Palace’s forward line, whilst competing with Christian Benteke and Odsonne Edouard for a spot in the starting XI. All in all, the Eagles signing Nketiah in the New Year could add another dimension to their attack and possibly boost their chances of finishing in the top half of the Premier League table.