Following Ferran Torres’ arrival at Barcelona, Yusuf Demir’s future at the club seems to be reaching an untimely end. The promising Austrian forward was brought in as a part of a loan-with-obligation to buy from Rapid Wien, this past summer. 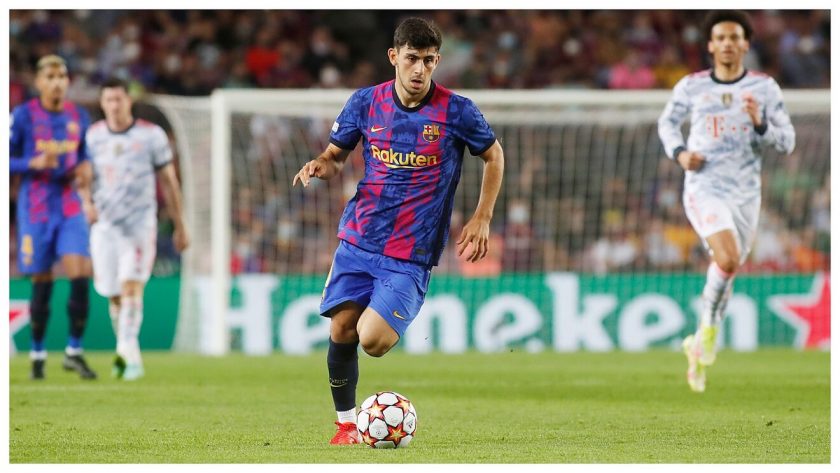 Having said that, Demir is still a Rapid Wien player, officially, and will become a Barca player only if he plays 10 or more games for the Catalan side, following which they will have to trigger the €10 million buy-option.

With the current financial situation of the Blaugrana, they don’t particularly seem on making extravagant or unnecessary buys. With the likes of Fati, Abde, Depay, Dembele, Torres (possibly), and Braithwaite, Demir’s presence at Barca is not really a matter of priority at the moment.

As per Sport, Barcelona are planning to terminate the loan of Demir as soon as possible. Currently, the 18-year-old is weaning shirt number 11 and his departure could mean that Torres would start wearing that number. For now, as it stands, Torres will be given the jersey number 25.

Torres to Barcelona is almost done with the player said to be in Spain to complete his medicals. In fact, Barcelona plan to announce and present Torres before the end of this year.

Manchester City and the former La Liga champions reached an agreement over the sale of former Valencia forward for a reported fee of £55 million (£45 million-plus £10 million in variables). Torres was said to be keen on a move to Camp Nou as he is said to be seduced by the idea of leading the Blaugrana line and playing a central role in Xavi’s project. As a matter of fact, Xavi is said to have followed the developments of the deal closely and has been in constant dialogue with the 21-year-old.

With Torres’ arrival at Barca, the manager and the club will hope that their finishing woes will come to an end as Xavi plans to use the Spaniard in a false nine position.

With Ousmane Dembele said to be close to reaching an agreement with the club over his contract renewal, the Spanish giants will have a lot more financial room to operate with, next summer and potentially, the upcoming winter window.

With the Torres deal said to be done, Barcelona are no longer said to be focusing on bringing in a forward and their priority has been shifted to revamp their backline, which has pretty much stayed the same since 2017/18.

Currently, the club is said to be working on bringing in Matthijs De Ligt this winter but for that, they will be required to offload the likes of Samuel Umitit and Philippe Coutinho, upon both of whom Xavi is not said to be reliant. With both the players showing reluctance to leave the club in recent times it is likely that they will give up their desire to stay, with the World Cup looming in 2022.

Umtiti and Coutinho will want to make the World Cup squad for their respective nations and thus, it could be slightly better for the Blaugrana to negotiate their exits this winter. With that said, De Ligt’s current salary is something that they can’t afford and the deal has a high chance of not going through.