Manchester United are already working toward strengthening their midfield. The Red Devils have identified Bayern Leverkusen’s Florian Wirtz as their potential midfield target for the next term. 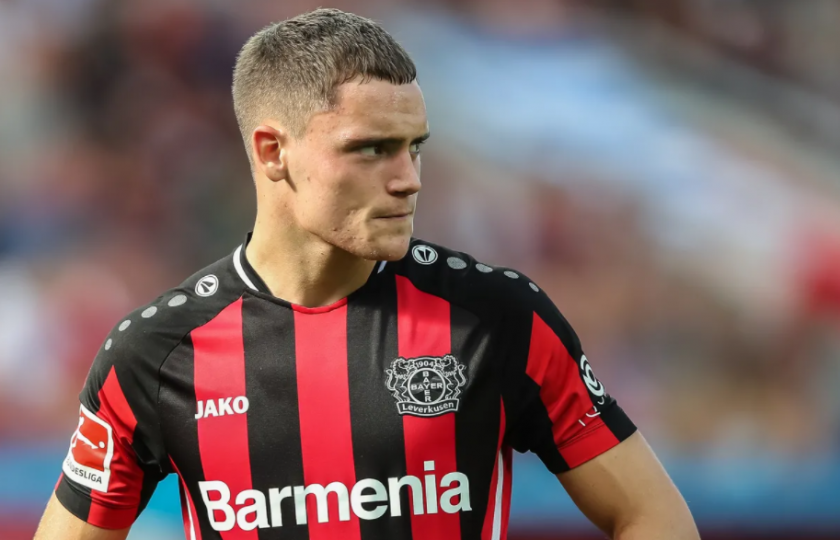 The 18-year-old has been the find of the season thus far, netting eight times and registering 11 assists from just 17 appearances for Leverkusen. With that said, Wirtz is also being dubbed as the ‘next Kai Havertz. Havertz left Leverkusen last summer when Chelsea managed to land him and BO4 have managed to replace the German midfielder with an equally witty operator in Wirtz.

The midfield of United has been inconsistent off-late with nobody apart from Bruno Fernandes creating or scoring goals on a consistent basis. The Portuguese too has hit a rough patch of late. With Paul Pogba looking set to leave Old Trafford next term, on a Bosman, Wirtz is being targeted as the perfect addition to the United squad, as per Daily Star.

The source also reports that Manchester United are counting on Ralf Rangnick’s prestigious status in European football to lure the German talent from Bundesliga. There is no saying that Wirtz has had only one good season as the 18-year-old’s overall stats for Bayer are nothing short of sensational as well. Having made his senior debut at the age of 16, Wirtz has scored 17 times and assisted on 19 occasions (G/A of 36) from just 53 Leverkusen starts.

It is understood that the Bundesliga side will look to cash in on the 18-year-old next summer and will be expected to demand a fee in excess of £70 million for the midfield prodigy.

Donny van de Beek has also been tipped to leave the club either this January or next summer if his situation at Old Trafford does not improve. Under the two games that United have played under Rangnick, van de Beek hasn’t been started and the player is said to be growing increasingly frustrated about his lack of game-time at United.

The former Ajax player could look to leave the club this winter but is said to be ‘valued’ by Rangnick and thus the manager is unlikely to sanction a departure for the Dutch midfielder.

It is not going to be a straightforward chase for United when it comes to Wirtz as the player could look to stay in Germany, with Bayern Munich keeping the 18-year-old on their radar. However, if the reports suggesting a £70 million price tag for the player are to be believed, Bayern are likely to back out of the race, with the Bavarians not known for spending huge amounts on a single player.

This could be the last season at the club for the duo of Nemanja Matic and Juan Mata. The likes of Donny van de Beek and Jesse Lingard have also been tipped to leave the club with Lingard, especially, looking set to join West Ham United.

It remains to be seen if United manage to sign Florian Wirtz next term. The 18-year-old can reach great heights if he manages to unlock his true potential and is ‘destined for European glory’. A big-money move for the young midfielder is on the cards and for now, the likely future likely destination for him appears to be in the Premier League.