It was 30 years ago today that the Soviet Union officially ceased to exist, leaving behind a colossal political legacy that shaped the 20th century. But as well as being the end of a world superpower, it also marked the end of a European footballing giant. 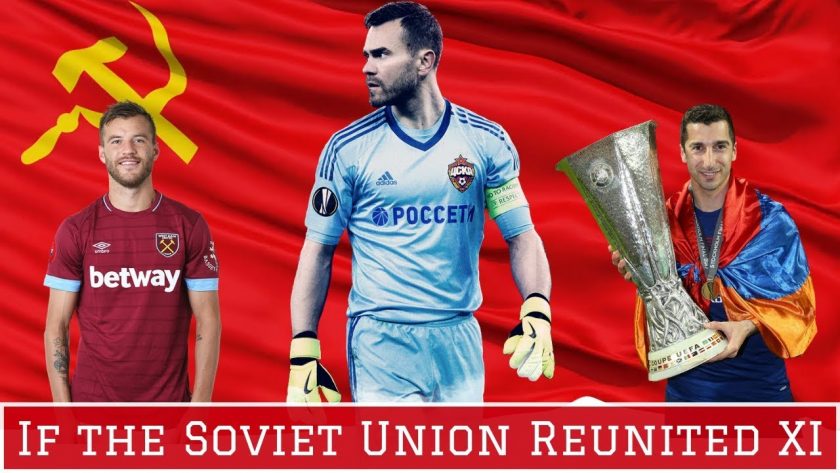 The Soviet Union left a considerable mark on football, winning the first ever UEFA European Championship back in 1960 and finishing as runners up in their final Euro tournament in 1988. The side also claimed an impressive 4th placed finish at the 1966 World Cup, led by the legendary Lev Yashin – arguably the greatest goalkeeper the sport has seen as well as the only goalkeeper in history to win the Ballon D’or, which he was awarded in 1963.

In modern times, the 15 successor nations of the USSR have had varying degrees of footballing success, with Russia and Ukraine leading the way in terms of footballing talent ever since the union broke up. But what if all of these states were re-united as one? Here we take a look at the best XI that would be on offer to the Soviet Union if the country were still to exist in the present day.

If the Soviet Union Reunited XI 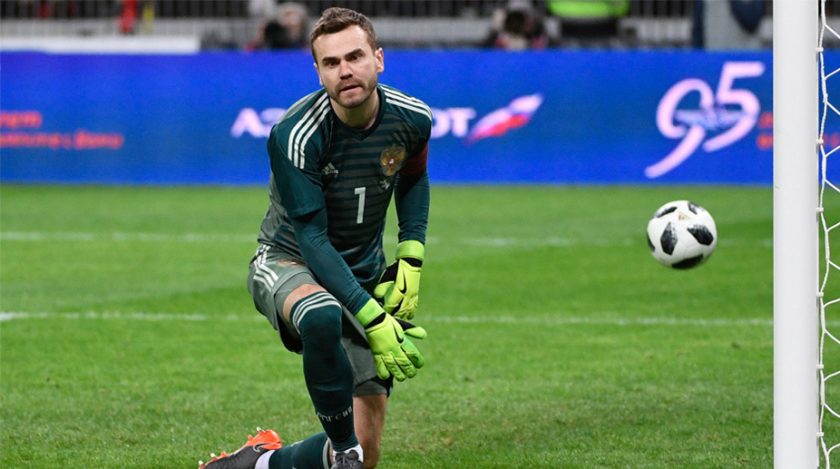 Kicking off between the sticks, the first member of our USSR XI is veteran Russian goalkeeper Igor Akinfeev. A one-club man with CSKA Moscow, Akinfeev has made almost 700 appearances for the team, scooping a number of honours including the UEFA Cup in 2005 when he was just 19.

Although no longer a member of the Russian National Team, Akinfeev enjoyed a stellar career with his country, captaining the side to a World Cup quarterfinal in 2018, their best finish of the post-Soviet era.

Now 35, the iconic goalkeeper is still performing at the highest level with CSKA. 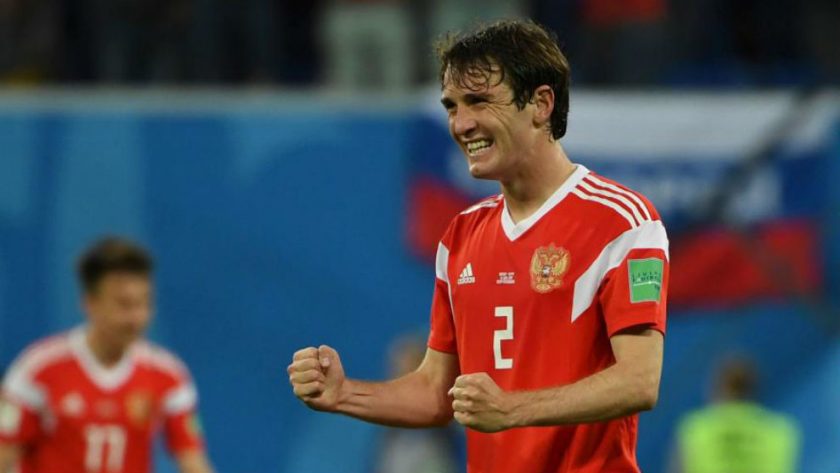 At right back we have Mario Fernandes, another long-time servant of CSKA and former member of the Russian National Team. Originally from Brazil, Fernandes received permission to play for Russia in 2017 and went on to be an integral member of the team over the next four years, emerging as a star in the team’s impressive 2018 World Cup performance on home soil.

Despite recently retiring from National Team duty with Russia, having earned 33 caps, Fernandes is continuing to stand out for CSKA, and was voted the team’s player of the year by fans in 2019. 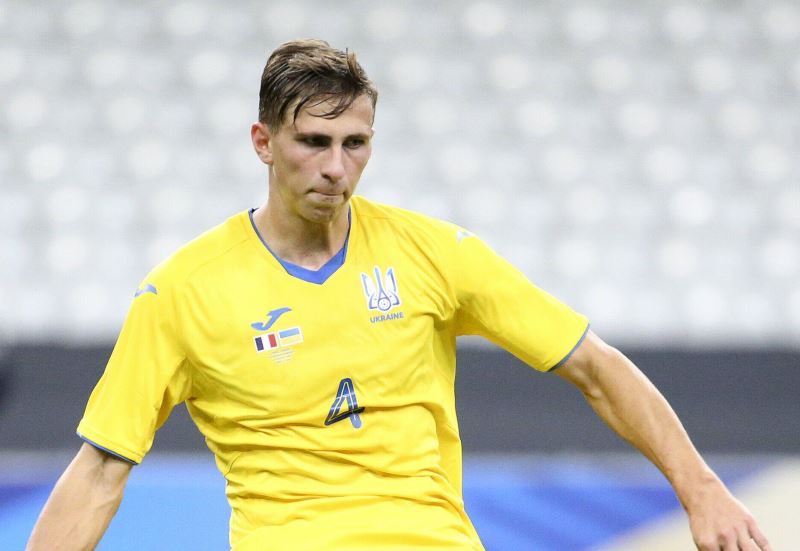 Next up is Illya Zabarnyi, a rising star in Ukraine. The young centre back broke into the Dynamo Kiev first team last season, developing into a key player as Dynamo reclaimed the Ukrainian Premier League title for the first time in five years. Zabarnyi also played every minute at Euro 2020 as Ukraine progressed all the way to the quarterfinals – their greatest ever finish in the tournament.

Still only 19, a big future beckons for Ukraine’s newest star. 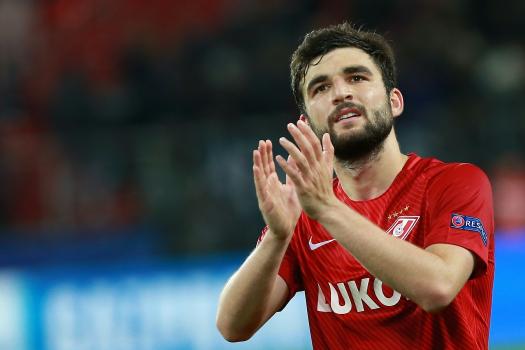 Partnering Zabarnyi at the back is Spartak Moscow captain Georgi Dzhikiya. One of the finest centre backs in the Russian Premier League, Dzhikiya joined Spartak during the 2016/17 season, helping the team to become Champions of Russia that year. He was also voted the team’s player of the year by fans in 2019.

The centre back, unfortunately, missed the 2018 World Cup through injury, but played every minute of his country’s Euro 2020 campaign, even though the competition ended in disappointment for Russia. 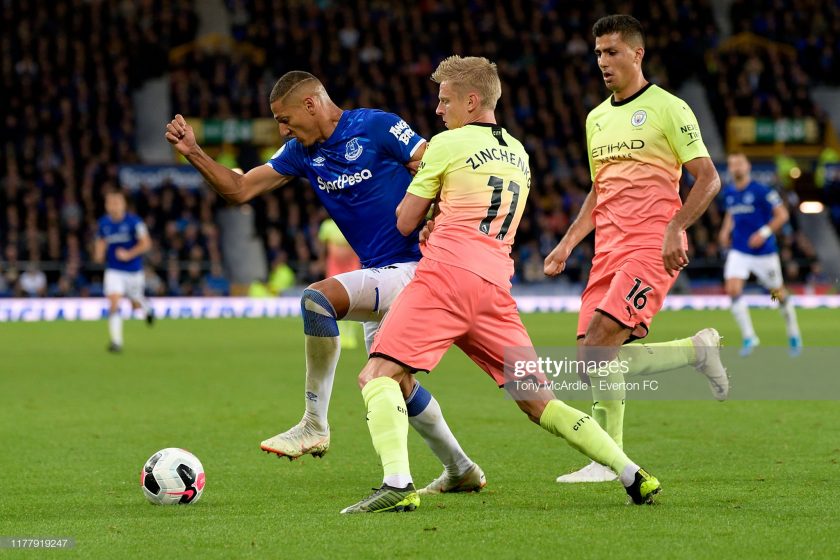 Manchester City all-rounder Oleksandr Zinchenko starts in the left back position, completing our defence. The Ukraine international has grown in importance at Manchester City with each passing season, helping his side win three Premier League titles amidst several other honours, all whilst learning the trade of a left-back instead of his favoured position in midfield.

A regular for Ukraine since 2016, Zinchenko has developed into one of Ukraine’s best players and formed a key part of the team’s Euro 2020 campaign, contributing a goal and assist in the Round of 16 win over Sweden for which has was named Star of the Match. Zinchenko was also named Ukrainian Footballer of the Year in 2019. 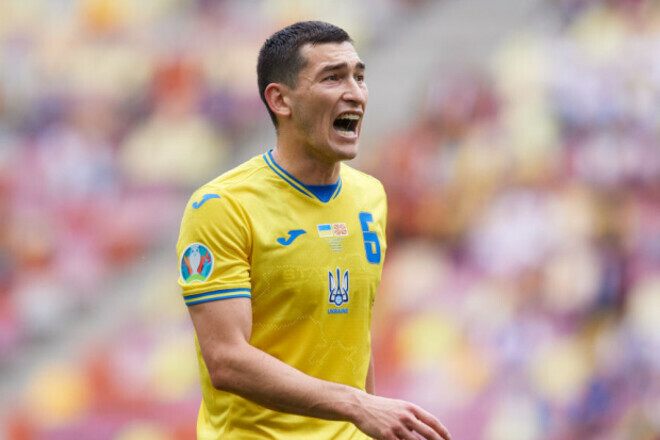 Moving into the middle of the park, Shakhtar Donetsk stalwart Taras Stepanenko serves as the anchor of our midfield four. A regular for Shakhtar since 2010, and the team’s vice captain, Stepanenko has won a total of 21 domestic honours with the team, including seven Ukrainian Premier League titles.

The midfielder has also earned almost 70 caps for Ukraine, scoring four goals, representing his country at both Euro 2016 and Euro 2020. 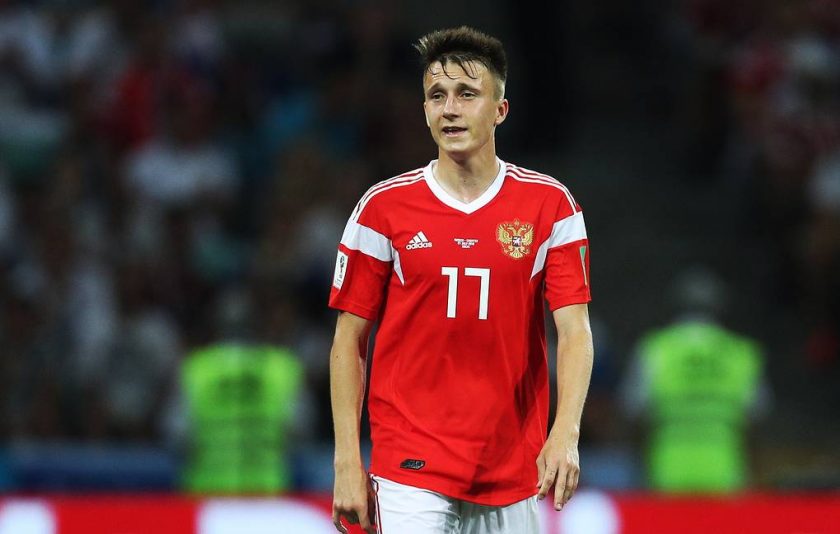 The first of our three attacking midfielders is Monaco and Russia’s Aleksandr Golovin. Initially seen as the future of Russian football, Golovin has enjoyed a solid career so far, beginning at CSKA Moscow before moving onto French Giants Monaco. He helped Monaco achieve a third placed finish in Ligue 1 last season.

Golovin made his debut for Russia at the age of 19 and has since featured for the team at Euros 2016 and 2020, the 2017 Confederations Cup and the 2018 World Cup, being a key member of the squad in the latter tournament that went all the way to the quarterfinals. 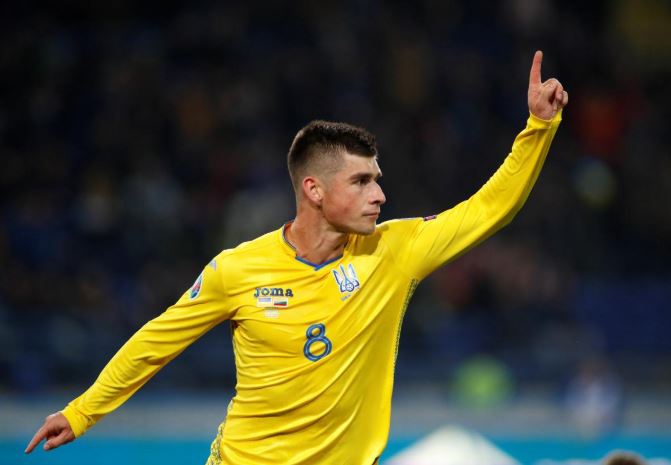 Atalanta have risen significantly in Italian football in recent years, and since 2019 Ukraine’s Ruslan Malinoyskyi has been an important component of their progress. The attacking midfielder has scored 20 Serie A goals for the club in his two and a half seasons in Italy, playing a crucial role as Atalanta reached the UEFA Champions League for the first time and finished third in the league twice, coming within touching distance of a first ever Scudetto.

For his country, Malinoyskyi has earned 45 caps, scoring 6 goals, and played at Euro 2020 as his team reached the quarterfinals. 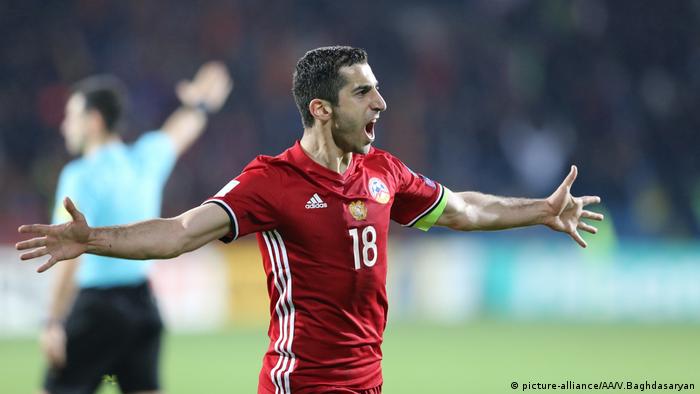 Our final attacking midfielder, and the captain of our team, happens to also be the only member of this Soviet XI who is neither Russian nor Ukrainian.

For Roma’s Henrikh Mkhitaryan, it has been a very impressive career so far. The Armenian midfielder represented Shakhtar Donetsk, Borussia Dortmund, Manchester United and Arsenal before moving to Roma, and has won a number of honours including the Europa League and League Cup at United.

Although he has never made it to a major international tournament with his country, he is Armenia’s all-time top goal scorer by a huge distance, and has been named Armenian footballer of the year a record ten times, making him unquestionably the best player that the country has ever produced. 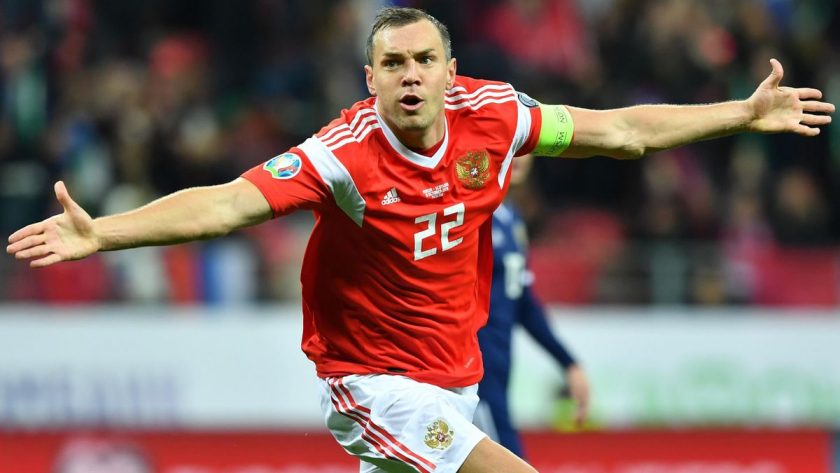 Moving onto the strikers, the first member of our front two is Zenit forward and former Russia captain Artem Dzyuba. A bit of a late bloomer, Dzyuba moved to Zenit in 2015, becoming relatively successful for the St. Petersburg side, but hit a whole new level of form following the 2018 World Cup. Dzyuba was the Russian Premier League’s top scorer in 2019 and 2021, and also won the title with Zenit in both of those years as well as in 2020.

For Russia, Dzyuba only became a regular in his late 20’s but enjoyed an excellent 2018 World Cup, scoring three goals, before captaining his country at Euro 2020 and scoring one goal there as well. The tall striker hasn’t played for his country since Euro 2020 but is now Russia’s joint all-time top goalscorer with 30 goals, level with Aleksandr Kerzhakov. However, Dzyuba has achieved that in just 55 caps, compared with Kerzhakov’s 91. 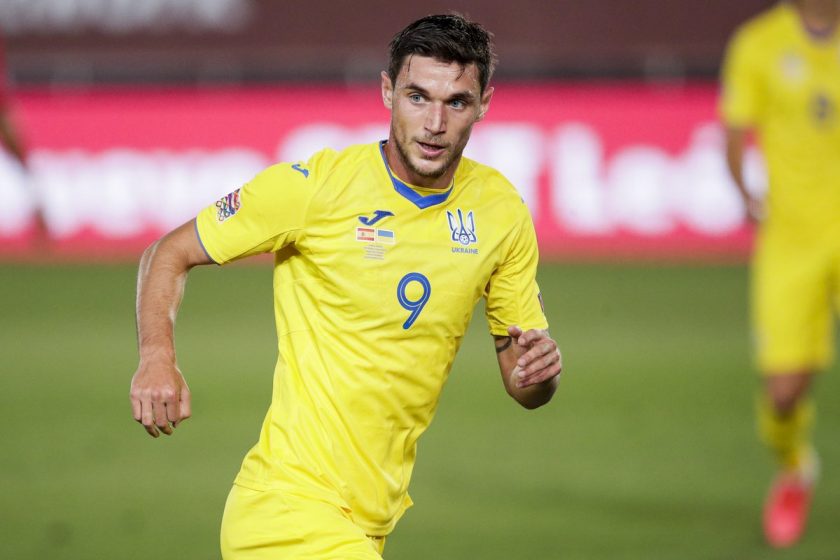 Completing our team is striker Roman Yaremchuk, the focal point of attack in the current Ukrainian National Team. After spending four increasingly successful seasons with Gent in Belgium, Yaremchuk signed for Portuguese giants Benfica in the summer of 2021, and has enjoyed a solid start to life in Lisbon, with five goals in ten league games so far.

The 26-year-old represented Ukraine at Euro 2020 as the team’s starting striker, and enjoyed a successful tournament with two goals and one assist to help his team reach the last eight. Overall, he has a respectable record of 12 goals in 36 caps, making him Ukraine’s joint-sixth highest all-time goalscorer.