Leeds United are keen on securing the services of Club Brugge winger Noa Lang in the upcoming summer transfer window. 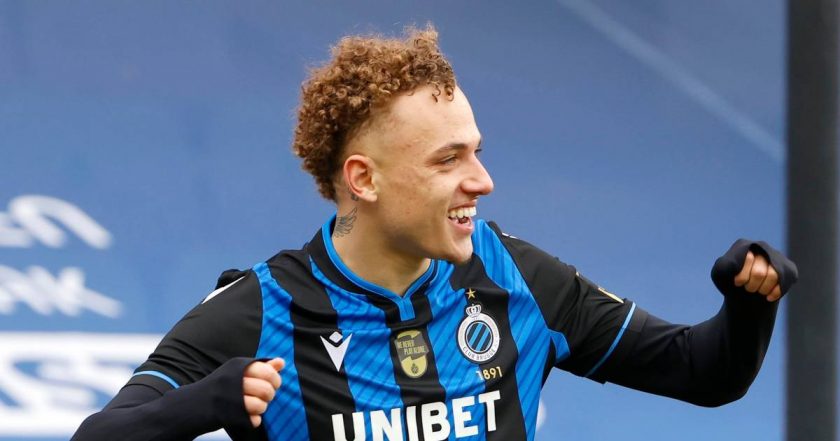 Noa Lang, 21, was at Feyenoord’s youth system from the age of six before joining the famed Ajax academy at the age of 14. After impressing for Jong Ajax, he made his senior debut during the 2018/19 Eredivisie campaign.

The 21-year-old wide-man made just nine first-team appearances for Ajax before joining fellow Eredivisie side FC Twente on loan in January 2020. He managed seven appearances for FC Twente during his short-term loan spell, scoring a goal.

After returning back to Ajax in the summer of 2020, the Eredivisie giants and Club Brugge reached an agreement for Noa Lang to move to Brugge on loan initially. Lang has been in sparkling form for Club Brugge and is their top scorer this season with 16 goals across all competitions. The Netherlands youth international has also shown his creative side by supplying 10 assists so far.

Despite agreeing to join Brugge permanently, Lang could still be on the move once again this summer, with a host of clubs pursuing a £20 million deal.

Leeds United are among the number of teams interested in Brugge’s star man, with Marcelo Bielsa already planning for next season. The Whites have done extremely very well upon their return to the top-flight and have a good chance to end the season in mid-table. They are currently 11th in the table with 47 points in 34 games, two points shy of ninth-place Arsenal.

Raphinha has been one of the stars of the show for Leeds this season, adjusting quickly to the demands of Premier League football since joining from Rennes in the summer.

The Brazilian winger has entertained the Elland Road faithful with his speed, energy, work rate and flair. He has enjoyed a superb debut campaign with the Whites, contributing six goals and as many assists in 26 Premier League appearances.

Raphinha’s performances haven’t gone unnoticed, with Manchester City the latest Premier League club to join Manchester United and Liverpool in the race for his signature. That could come as bad news for Marcelo Bielsa, whose options in wide areas will be depleted, should Raphinha depart after just one season at Elland Road.

Helder Costa has blown hot and cold throughout the campaign, while Ian Poveda continues to struggle for minutes. Jack Harrison has been a regular fixture in Bielsa’s side, registering seven goals and six assists in 32 games. But Harrison is on loan from Manchester City, and with Raphinha attracting a lot of interest, Bielsa must sign a winger in the summer without fail.

Noa Lang could be a good fit at Elland Road

In that regard, Noa Lang fits the bill perfectly at Leeds United. Lang has been excellent out wide for Club Brugge, terrorising Jupiler Pro League defenders with ease and poise. The Netherlands youth international has scored goals left, right and centre for the Belgian side, demonstrating his composure in front of goal too.

The Whites lack quality and depth in the wide areas, so they could definitely do with a player of Lang’s profile. At just 21, Lang has the entire career ahead of him and he could develop into a top player under the stewardship of Bielsa. If Leeds manage to wrap up a deal for the exciting Dutchman, it would represent a significant piece of business from their side.