West Ham have been put on red alert ahead of the January transfer window as Besiktas star Cyle Larin has rejected a new contract. 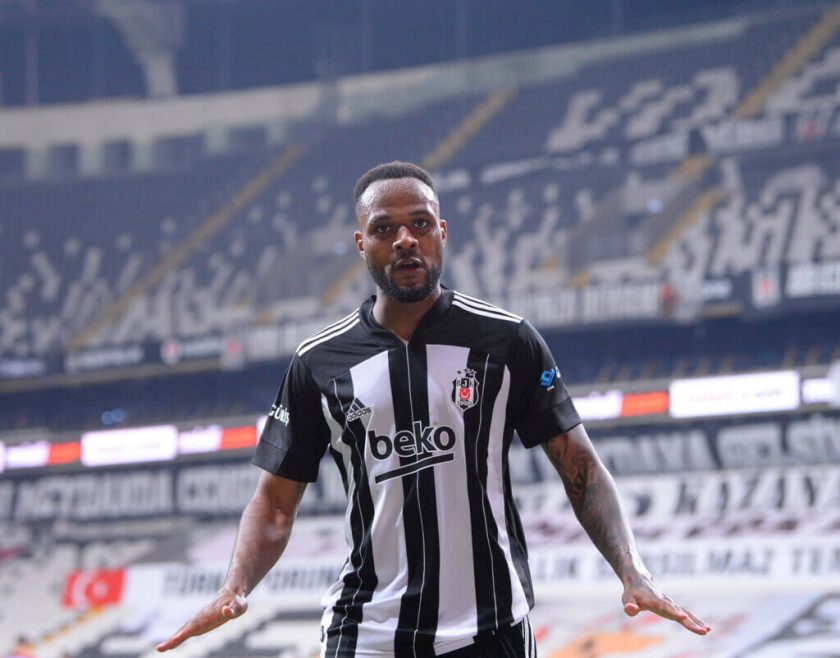 Cyle Larin, 26, is out of contract at the end of the season but has turned down new terms from Besiktas, meaning the Turkish club might look to sell the 26-year-old in the January transfer window to avoid losing him on a free transfer in the summer.

The Canada international netted 44 times in 89 outings for Orlando City in three seasons in the Major League Soccer, thereby, earning a move to Besiktas in 2018. Larin hit 23 goals in 45 games last season to help the Black and Whites beat bitter rivals Galatasaray to the Super Lig title on goal difference, whilst also lifting the Turkish Cup.

He has started the new season in decent fashion with four goals in eight games across all competitions. West Ham aren’t the only Premier League club alerted to Larin’s availability on a potential cut-price deal in January. The likes of Everton and Tottenham are also believed to be interested in the Canadian, who could be let go by Besiktas for as little as €10 million during the winter transfer window.

Michail Antonio has been one of West Ham’s brightest sparks over the last two years, developing into a powerful and hardy number nine very late in his career in the Premier League. He has been the chief source of goals for David Moyes’ side in recent seasons, impressing with his work rate, pace, physicality and predatory instincts in the box.

With six goals in nine league games, the 31-year-old has started the new season in great form. When fully fit and firing, Antonio has been a nightmare to contain for Premier League defenders. However, it is his wretched injury record that leaves David Moyes and co. sweating after every two games.

That being said, the Hammers’ gamble of not signing a striker in the summer to cover and compete with Antonio has worked so far, but Moyes and co. are living on the edge given the 31-year-old’s injury history. Thus, the Scottish tactician should prioritise bringing in a striker as a backup for Antonio in the next transfer window.

Is Cyle Larin the right fit at West Ham?

Besiktas star Cyle Larin is on the radar of West Ham and for all right reasons.

Larin has carved out a big reputation for himself in Turkey as a powerful striker with pace, power and an eye for goal. He has lived up to his potential in the Super Lig and his intimidating 6ft 2in frame means that he could well add another dimension to the Hammers’ attack.

The Canadian international is only going to get better with time, and considering the fact that the Turkish Super Lig is way behind the Premier League, both in terms of quality and intensity, a move to West Ham might go a long way towards helping him rack up more goals.

With West Ham competing in Europe this season and having just one out-and-out number nine in Antonio, who happens to not have the best of fitness records, an injury to the 31-year-old could leave Moyes in big trouble. Thus, signing Larin in January makes sense for West Ham in many ways.