Wolves captain Conor Coady is on a list of January transfer targets for Newcastle United as new owners make plans to beat the drop this season. 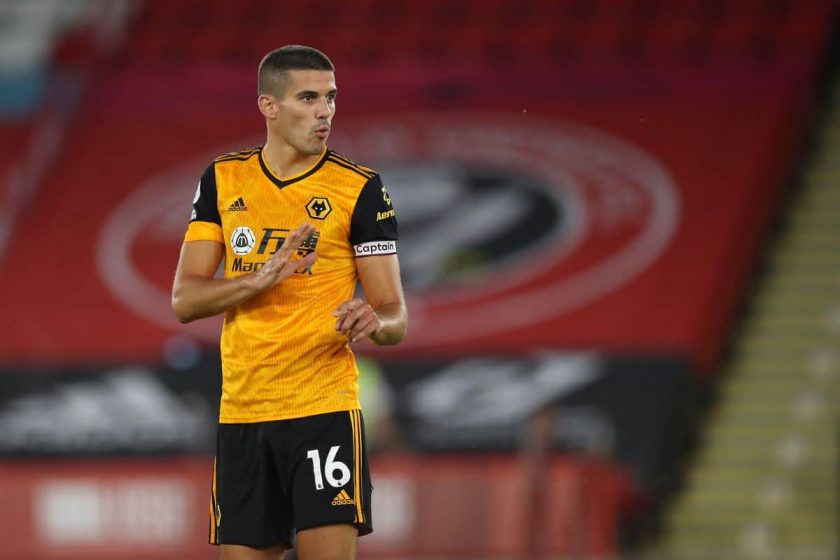 The Toon Army have endured a tough start to the season and find themselves reeling the second bottom of the Premier League table. Steve Bruce has been relieved of his duties following a poor run of results, with the club’s board handing over the caretaker managerial reigns to Graeme Jones as they search for a new manager.

Talks now turn to who Newcastle United could bring in when the January transfer window reopens. Following the £300m takeover of the northeast club by a Saudi-led consortium, the Magpies have been linked with a host of big names across Europe.

Wolves defender Conor Coady doesn’t fall into the aforementioned category, though, but Newcastle see him as someone who could help them in their Premier League rescue mission. The England international, 28, has been a firm favourite at Wolves ever since joining from Huddersfield Town in 2015, racking up 286 appearances in all formats to date.

The 28-year-old played a crucial role in the Wanderers’ promotion to the top flight three years ago. Since arriving in the Premier League with Wolves, Coady has led the troops well and is now also an established England international.

However, Wolves don’t want to lose their skipper midway through the season and it would take a sizeable fee—£20million or more—to persuade them into selling him to a possible rival at the bottom end of the standings.

Newcastle among clubs with the worst defensive record

The Magpies have been all over the place defensively this season and it doesn’t come as a surprise to learn that they have one of the worst defensive records in the division.

There is a lack of cohesion, quality and leadership in the Newcastle backline, which has made them so easy to cut through for even half-decent teams. As a result, they currently find themselves locked in a relegation dogfight at the bottom of the Premier League table.

If things continue in the same manner and reinforcements aren’t made in January, Newcastle would hardly have a chance of avoiding relegation with such a porous backline. In addition to a smart, competent manager as a replacement for Steve Bruce, they need fresh faces during the winter transfer window.

Conor Coady would be a sensible signing for the Magpies

Coady has proven himself in the Premier League with Wolves, missing out on just one top-flight game in the last three seasons combined. This just demonstrates the Englishman’s fitness levels and reliability at the back. He’s a decent ball-playing centre-back but his biggest strength lie in his leadership skills, which Newcastle could do well with at the moment.

At 28, Coady is at the peak of his powers and seems like a player at the right age bracket for the Toon Army. Also, the ex-Liverpool man’s experience at the highest level makes him a safe bet for a relegation-threatened side.

Thus, Newcastle would do a smart job by signing Coady from Wolves in the next transfer window.