Arsenal have joined the race to sign Lazio forward Joaquin Correa in the summer transfer window. 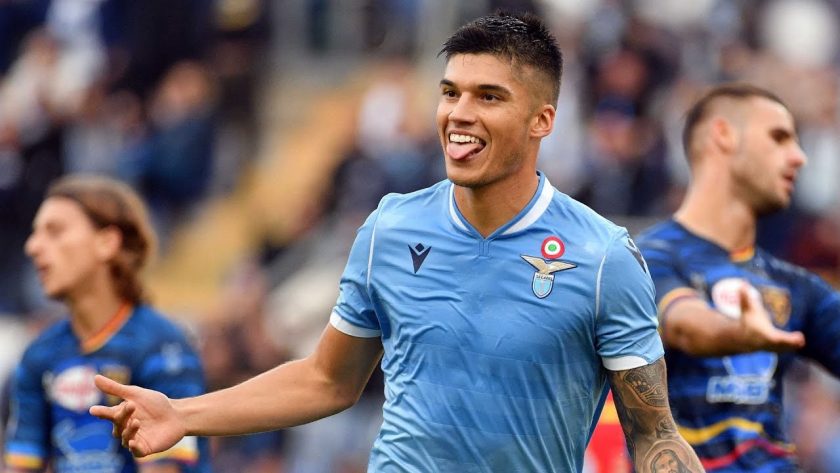 Joaquin Correa, 26, has been at Lazio since 2018, having arrived from Sevilla, and he has gone on to become a key player for the Biancocelesti. Since signing for Lazio, the Argentinean international has racked up 117 appearances, netting 30 goals and providing 18 assists on top of that.

The 26-year-old enjoyed a solid last season with the Serie A side, scoring 11 goals and setting up six more in 38 appearances across all competitions, leading to a call-up to the Argentine national team for the Copa America 2021.

Interestingly, Correa’s representatives have made contact with Arsenal and Everton over the last few weeks. The Gunners are excited by the Lazio forward’s potential but are not ready to bid over €20m for the player’s services.

However, Lazio value Correa, who has a contract at the Stadio Olimpico until 2024, at around €35m and have no intention of selling him at a cheaper price this summer.

Arsenal to have a busy transfer window

Arsenal are targeting a number of positions as they overhaul their squad after a forgettable campaign under Mikel Arteta.

Mikel Arteta is keen to reinforce his squad during the summer transfer window as well as raise as much money as he can from offloading fringe players.

The Spanish manager requires cover for Kieran Tierney at left-back, a new right-back with Hector Bellerin expected to exit the Emirates Stadium and perhaps another striker as Alexandre Lacazette enters the final year of his contract.

Mikel Arteta must bring in a couple of quality forwards

Scoring goals was a big problem for the Gunners last season, with neither Pierre-Emerick Aubameyang nor Alexandre Lacazette firing all cylinders. In the end, Arteta’s side managed only 55 goals in 38 games, finishing eighth in the table and failing to secure European qualification.

Aubameyang and Lacazette are in a straight fight for the No.9 role under Arteta. Should one of them leave—looks likely to be Lacazette, the North Londoners would have to replace the French international.

Bukayo Saka has established himself as one of the first names on the team sheet and Nicolas Pepe did enough at the business end of the last campaign to earn a starting berth at the start of the 2021/22 season. Arsenal are in desperate need of a player who could help to free up Aubameyang to stay in central areas and return to form.

Could Joaquin Correa be that player for the Gunners?

Correa’s biggest strength is his versatility which helps him operate anywhere across the front-line. Truly, he’s more of a wide attacker or a secondary striker than a traditional no.9 and would be a like-for-like replacement for the departing Willian.

The South American is blessed with a frightening pace and exceptional balance that makes him a massive threat on the counter-attack. Also, Correa’s dribbling skills and direct approach often sees him get fouled in promising attacking areas. He appears to be a player that would fit well in this Gunners team.

The Argentinean international will certainly add more potency and speed to Arsenal’s attack, which already has some quick players like Aubameyang, Saka, Pepe and Emile Smith Rowe. Correa, thus, can be a feasible addition to the ranks at the Emirates Stadium.

However, it remains to be seen as to if Arsenal do go all out for the Lazio star.