Another tie in Bucharest, but this time both teams suffered unfortunate late defeats in their opening fixtures. Ukraine conceding three to the Netherlands and North Macedonia conceding three to Austria and will both be looking for the key three points. 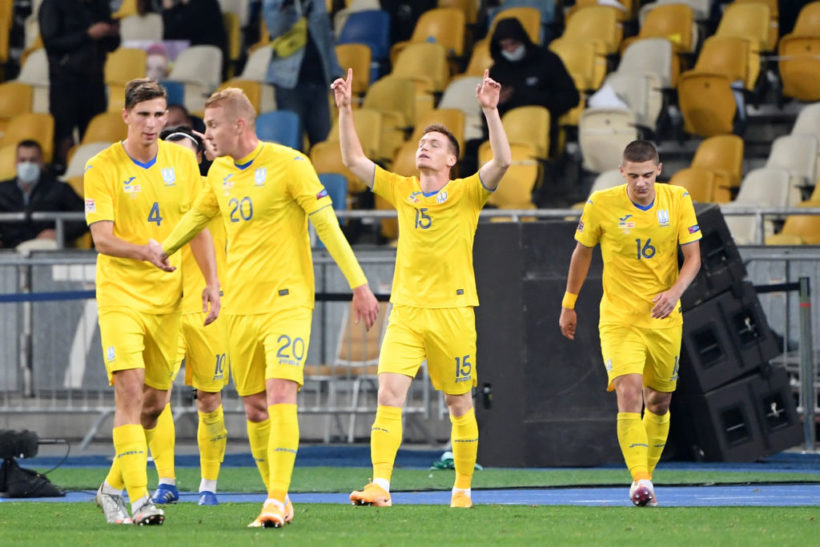 Each side can be confident ahead of kick-off here though as Andriy Yarmolenko scored an early Goal of the Tournament contender as Ukraine were initially down 2-0 and managed to equalise albeit temporarily. Whereas Goran Pandev registered North Macedonia’s first historic goal on their tournament debut and both teams will be out for all three points after their loss, showing they can indeed score and put up a fight.

Four of the previous head to heads have witnessed one or both sides failing to score W1, D1, L2, so the first strike in this game could prove crucial for determining the winner.

Both teams conceded three goals in their first match, Ukraine managed to score two and North Macedonia got the one solo goal on their debut.

Andriy Yarmolenko (Ukraine) is only seven goals behind Andriy Shevchenko (48) on the all-time scorer list (41) But 37-year-old Goran Pandev (North Macedonia) became the competition’s oldest scorer since 2008 when equalising against Austria on matchday one.

Viktor Tsygankov and Oleksandr Zubkov (Ukraine) are both doubts with injury.

Mykola Matviyenko, Ukraine defender: “It’s one of the most important games at this stage. It’s a must-win for us, and we’ll do our best to get three points. [Goran] Pandev is a very experienced footballer who has played in some very good teams. It’s obvious he is a high-class player; he controls the ball well. He’s showed how well he can play at this tournament.”

Aleksandar Trajkovski, North Macedonia forward: “This team will never surrender. We will fight to the end, then we will see what happens. We will not give up; we will fight to get through the group and make everyone back at home proud enough to take to the streets.”

Yet all is not lost though as seven of the 16 sides that qualified for the second round of Euro 2016 did so even after losing at least one group stage match, both Ukraine and North Macedonia will still be hopeful that is the case for them as they look to bounce back.

But Shevchekno’s men now have six consecutive defeats after their loss and will be looking to end that run against tournament new boys North Macedonia who themselves were only 15 minutes away from getting a point in their first game, yet two goals in 11 minutes saw them fade fast and ultimately lose their first tie.

If these two sides’ first games are anything to go by then we can expect a game full of defensive errors, chances and goals and maybe one of these teams can snatch that all important win to get their campaign up and running with their first three points.