Tottenham Hotspur are plotting a move for AS Roma midfielder Lorenzo Pellegrini, who has a €30m release clause in his current contract. 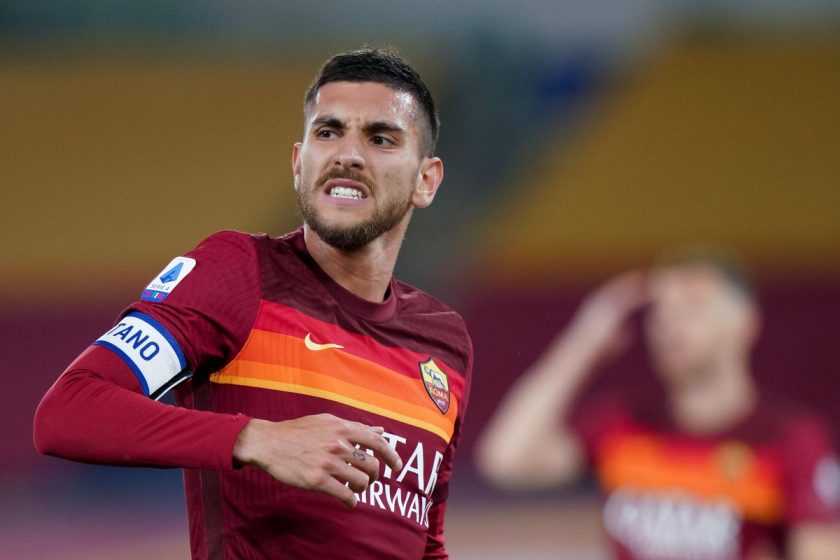 Lorenzo Pellegrini, 25, has been with AS Roma since 2005 after joining as a nine-year-old kid. He has made 152 appearances for Italy’s capital club, registering 21 goals and 34 assists in the process. The 25-year-old midfielder enjoyed a solid 2020/21 campaign where he came up with seven goals and as many assists in 34 appearances.

One of the club’s key players, Pellegrini will be managed next season by Jose Mourinho, who was sacked by Tottenham Hotspur in April. It is believed that the Italian midfielder could be difficult to prise away this summer but Tottenham are ‘pressing’ hard to bag his signature.

Spurs secured a seventh-place finish last term, failing to make it to the Champions League for the second successive year. They have hired Nuno Espirito Santo as their new manager and Fabio Paratici as the new managing director. Both Nuno and Paratici face an uphill task of improving the Tottenham squad over the summer transfer window.

Spurs striker Harry Kane has been linked with a move to Manchester City throughout the summer. The 27-year-old, who led England to the Euro 2020 final, has already expressed his desire of leaving north London and joining a club that challenges for major honours every season.

Thus, Nuno’s first and foremost priority will be to keep hold of Kane, who is yet to win a trophy since making his official debut for Spurs back in 2011. Should Nuno and Spurs convince the England international to stay for another year, it’ll represent a massive achievement.

Nuno has a few areas of the squad to address

There is plenty of work to be done to get Tottenham back to challenge for top-four places next season. Nuno must prioritise bolstering his defensive options before moving on to addressing the other problems in his squad.

With the likes of Tanguy Ndombele, Giovani Lo Celso, Pierre-Emile Hojbjerg, Harry Winks, Moussa Sissoko, and Oliver Skipp on the books, signing a central midfielder cannot be considered a priority. But with Nuno transfer-listing Sissoko and Winks could leave too, Spurs may be forced to dip into the transfer market for a central midfielder.

Lorenzo Pellegrini could be a good fit at Tottenham

Thus, Spurs’ interest in Lorenzo Pellegrini makes a lot of sense. An experienced midfielder, Pellegrini has been a reliable performer for AS Roma in the recent few years. Still only 25 years of age, the Italian international is yet to hit his prime but would instantly improve Tottenham’s midfield department.

Capable of playing in various positions across the midfield, Pellegrini’s versatility, as well as leadership skills, should appeal to Nuno. The Roma midfield ace has a €30m release clause in his current contract, a decent fee for a player that is worth paying for Spurs considering his quality and experience at the highest level.