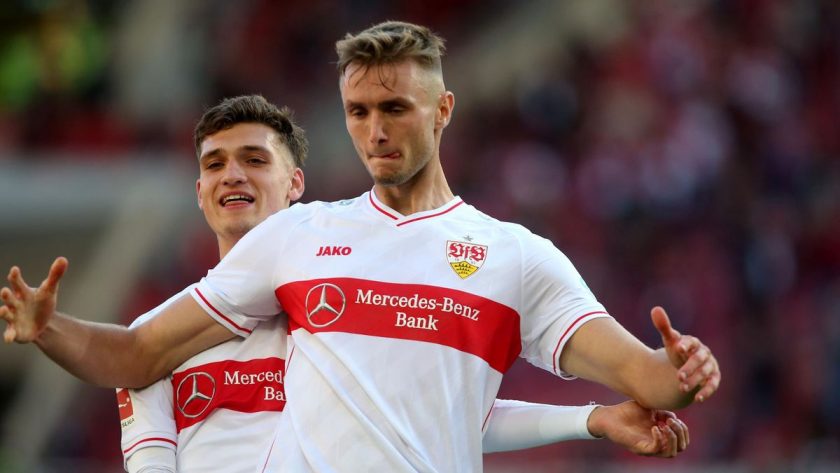 The Blues’ priority is to sign Erling Haaland this summer as their new centre-forward. Haaland, 20, has already made his name as one of the best strikers in world football despite his tender age – netting 57 goals across his 59 appearances for Borussia Dortmund.

The Norwegian international’s goalscoring exploits in the Bundesliga have put him on the radar of many elite clubs, including European champions Chelsea. While the Blues remain hugely interested in him, one potential obstacle to any deal is the mammoth £150million fee that Dortmund are currently demanding for their star striker.

This has made Thomas Tuchel’s Chelsea consider cheaper alternatives, with Stuttgart’s Sasa Kalajdzic recently been linked with a move to Stamford Bridge.

Kalajdzic, 24, netted 16 goals in 33 Bundesliga outings last season, helping newly-promoted Stuttgart finish in mid-table. The centre-forward’s displays even helped him make his breakthrough in the Austrian national team, with the 24-year-old recently being a part of Franco Foda’s squad for Euro 2020.

Thomas Tuchel arrived at Stamford Bridge in January and completely turned the club’s fortunes around. He helped guide Chelsea towards their Champions League title last season, beating Manchester City 1-0 in the grand finale at Estadio do Dragao in Portugal in May.

However, the Pensioners haven’t made a single signing to date this summer. With close to six weeks remaining for the summer transfer window to slam shut, Tuchel must quickly get his transfer targets in to improve the current squad to challenge for the Premier League title in the upcoming 2021/22 campaign.

The Blues remain keen on recruiting a striker

Olivier Giroud has joined AC Milan from Chelsea despite the west London club took up an option to extend his contract by a further 12 months earlier this summer. The Frenchman’s departure has left Tuchel with Tammy Abraham, Timo Werner and Kai Havertz as the only options up front.

Regardless of ending the 2019-20 campaign as Chelsea’s top goalscorer in the Premier League with 15 goals in 34 games, Tammy Abraham isn’t in Tuchel’s plans moving forward. The England international is expected to be sold this summer, with Crystal Palace, West Ham and Arsenal linked with his signature.

Timo Werner and Kai Havertz struggled initially to adapt to the physical and robust demands of English football but the duo put in many impressive performances for the Blues towards the end of the season, with Havertz scoring the winner in the Champions League final against Manchester City.

Tuchel is set to continue supporting the German duo but wants to add more competition next season, thus, making signing a striker one of his priorities in the transfer window.

Should the Blues go for Sasa Kalajdzic?

Sasa Kalajdzic proved himself to be a fine striker in German football last season by bagging 17 goals in all formats. Standing at 6ft 7ins tall, the centre-forward was a pest for the Bundesliga defenders in and around the box, leading the attack very well for Stuttgart.

The Austrian international uses his big frame to good effect by holding the ball up and bringing his teammates into the game. He also drops deep to link play and can play in the no.10 role too, whilst scoring goals in abundance.

At Chelsea, Kalajdzic could act as the focal point in Tuchel’s attack, with feeders like Mason Mount, Havertz and Werner around him. The 24-year-old’s eight headed goals last season demonstrate how lethal he was and can be in the box. He has certain ingredients in his game that would make him a good fit at Stamford Bridge.

That being said, the Austrian forward could be a smart, cheaper alternative to Haaland for Tuchel’s Chelsea.