Bayer Leverkusen star Patrik Schick has emerged as a target for Arsenal, as Mikel Arteta eyes reinforcements in the summer transfer window. 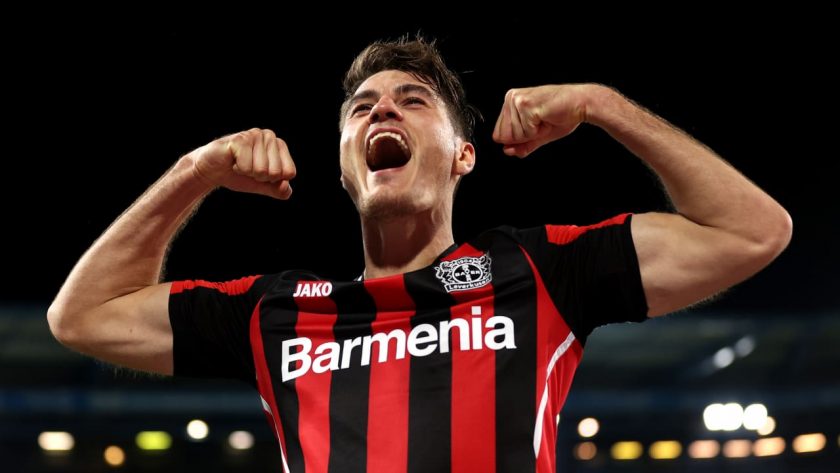 The Gunners are prepared to splash the cash for the second summer running in a bid to return to contention for major honours. They are pushing for Champions League qualification this season and find themselves one point behind fourth-placed Manchester United after a stoppage-time winner over Wolves at the Emirates Stadium last week.

Mikel Arteta is determined to bring Champions League football back to the Emirates Stadium next season and has already started identifying potential targets to strengthen his squad. The Spaniard is eyeing a striker and midfielder along with other positions to reinforce in the summer. And Patrik Schick has emerged as a target for the north London giants.

Schick, 26, has enjoyed a fantastic season with Bayer Leverkusen until now, racking up 20 goals and three assists in 20 Bundesliga games. The striker has managed to take his form to the Bundesliga from last summer’s European Championships, where he finished runners-up to Golden Boot winner Cristiano Ronaldo.

The Czech Republic international’s stunning form has not gone unnoticed, with cash-rich Newcastle United also keeping tabs on him. Under contract until 2025 at Bay Arena, Schick could cost not less than €60 million in the next transfer window.

Arsenal were happy to terminate Pierre-Emerick Aubameyang’s contract so he could leave for Barcelona in January after being frozen out by manager Mikel Arteta following a disciplinary breach in December. The Gabonese has returned home late from a trip abroad and was immediately stripped of the club captaincy duties.

Aubameyang’s exit has currently left Arteta with only two striker options in Alexandre Lacazette and Eddie Nketiah—both out of contract in June. Thus, it is no surprise to see the Gunners making the signing of a striker a top priority before the new season commences.

Is Patrik Schick the right fit for the Gunners?

Patrik Schick has been a key figure in Bayer Leverkusen’s team this season, with his goals lifting Gerardo Seoane’s side to third in the table. Only Bayern Munich’s Robert Lewandowski has scored more than him which speaks volumes about the season the striker is currently enjoying.

While the Czech Republic international continues to dazzle in Bayer colours, his previous best return in a single season was 11 goals. Plus, he struggled to prove himself at AS Roma, managing only eight goals in 58 appearances. Such numbers should rightly concern Arsenal.

But, in terms of adjusting to the demands of the Premier League, Schick has the required qualities to lead the Arsenal attack and provide a different threat in the box. Nonetheless, for a rumoured €60 million fee, the Gunners would take a big gamble on the 26-year-old forward.