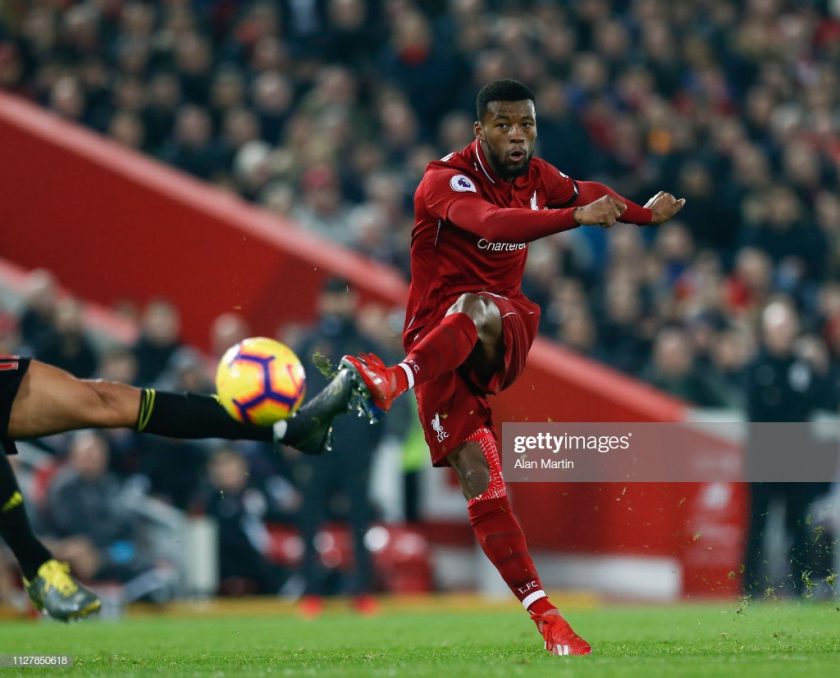 The Netherlands international, 31, joined Paris Saint-Germain on a free transfer from Liverpool last summer but is believed to be unhappy with his game time at Parc des Princes. It has been a truly forgettable first half of the season in Paris, with the central midfielder managing only 10 Ligue 1 starts to date.

Georginio Wijnaldum is open to returning to the Premier League in a bid to enjoy regular game time. Although Paris Saint-Germain don’t entertain the idea of selling the midfielder in January, a fee in the region of €15-€20 million should be enough to seal the deal.

Given his former club Newcastle are also thought to be considering a bid, Arsenal are moving in quickly to wrap up the Dutchman’s signing from PSG.

Arsenal must make a few additions to their squad

The departures of Thomas Partey, Mohamed Elneny, Nicolas Pepe and Pierre-Emerick Aubameyang for the AFCON have significantly weakened the Arsenal squad.

Mikel Arteta’s side were knocked out of the FA Cup third round in chastening fashion as Championship side Nottingham Forest produced a huge upset at City Ground on Sunday. The defeat to Nottingham Forest further demonstrated the Gunners’ need to make additions during this transfer window. And signing a central midfielder has to be prioritised by Arteta, who also saw Ainsley Maitland-Niles depart the club on loan to AS Roma last week.

Is Georginio Wijnaldum the right fit at the Emirates Stadium?

Thomas Partey and Granit Xhaka have shown signs of building a strong partnership in the middle of the park for Arsenal. But beyond them, the north Londoners lack serious depth in the position to genuinely compete with the likes of Manchester United, West Ham and Tottenham for a top-four finish this season.

PSG’s Georginio Wijnaldum has emerged as a target for the Gunners. Wijnaldum’s time at PSG has not gone according to the scripts so far but his tenacious and dynamic style of play should, in theory, fit like a glove into Arteta’s system.

Wijnaldum knows the Premier League in and out, which could help him quickly settle down at Arsenal if a move goes through. He would instantly improve Arteta’s starting XI, whilst adding valuable depth to the squad. The Netherlands international would add value and experience to the Gunners side that aims to clinch a Champions League berth this term.

Thus, Arsenal have done the right job by accelerating their interest in Wijnaldum, who hasn’t looked at home in Paris since day one.