Arsenal have renewed their interest in Crystal Palace winger Wilfried Zaha ahead of the summer transfer window. 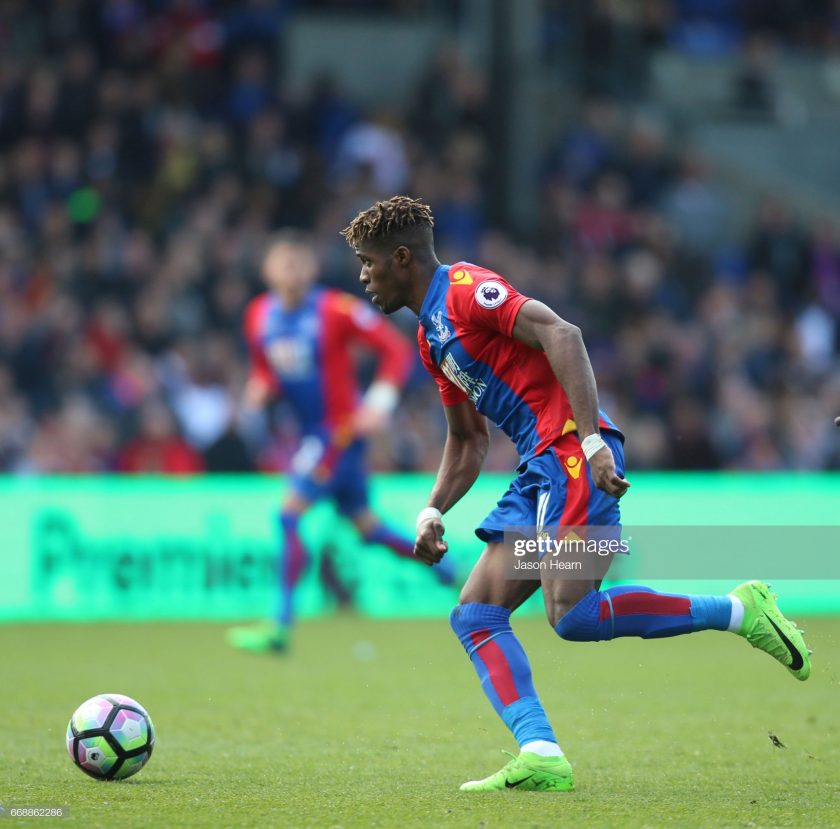 Wilfried Zaha, 28, was heavily linked with a move to Arsenal in 2019, the club he grew up supporting, but a move failed to materialise under then manager Unai Emery. The Gunners eventually opted to sign his Ivory Coast compatriot Nicolas Pepe from Lille, but the winger has massively failed to live up to his mammoth £72million price tag so far.

Crystal Palace are more open to letting Wilfried Zaha leave this summer, with their star forward making no secret of his desire to play Champions League football. The Ivory Coast international has just more than two years left on the long-term deal he had penned with the Eagles in 2018. However, Arsenal would first have to sell a few players in order to raise the required funds to match Palace’s demands.

Arsenal have endured a miserable campaign that currently sees them 10th in the Premier League table, 12 points adrift of fourth-place West Ham. Failing to find any sort of consistency whatsoever, the north London heavyweights have only managed to win 12 of their 30 games in the top-flight.

Mikel Arteta’s side were thrashed 3-0 by Liverpool at the Emirates Stadium on Sunday to further dent their hopes of securing a spot in Europe next term. As things stand, the realistic way to play European football lies in winning the Europa League where the Gunners face Slavia Praha in the competitions’ quarter-finals.

Much of Arsenal’s struggles this season are down to a lack of cutting edge in the final third of the pitch, with club captain and premium striker Pierre-Emerick Aubameyang having underperformed. Aubameyang, 31, has just nine goals in 25 league appearances which are not good enough for a striker who has netted 20+ goals in the last two Premier League campaigns. One could argue that the Gabonese’ average season is down to him still getting grips with his new position on the left flank.

Amidst Aubameyang’s dip in form, Alexandre Lacazette has stepped up of late with three goals in five league appearances. However, the Frenchman’s future at the Emirates Stadium remains uncertain as he will soon enter the final year of his contract.

Willian hasn’t done enough to play for the Gunners regularly since arriving on a free transfer from Chelsea last summer, while Pepe continues to blow hot and cold. Youngsters Bukayo Saka and Emile Smith Rowe have repaid Arteta’s faith in them with a series of eye-catching displays, with the former being the club’s best player this season.

Nonetheless, if Arsenal are to fight for top prizes next season, Arteta has to make adjustments to his squad in the summer.

Wilfried Zaha would be a top addition for the Gunners

Given the inconsistency in Arsenal’s attacking options, Arteta must make it a top priority to reinforce the attack. And Wilfried Zaha would fit their style of play.

Zaha has been Crystal Palace’s talisman for the last few seasons, successfully keeping the club afloat in the top-flight. After an ordinary 2019/20 campaign, he is enjoying the most productive season of his Premier League career with nine goals in 22 appearances already to his name.

One of the fearsome forwards in the Premier League, the Ivory Coast international is a diligent and speedy customer who can link up with the likes of Aubameyang, Saka and Smith Rowe at Arsenal and cause damage to the opposition. Apart from finding his teammates, the ex-Manchester United man can also score goals at a decent rate.

There’s no doubting that Zaha will be a great addition to Arteta’s line-up and Arsenal must go all out to sign the jet-heeled forward from Crystal Palace.