Arsenal are interested in signing Eintracht Frankfurt’s Evan N’Dicka and have held talks with the defender’s entourage ahead of the summer transfer window. 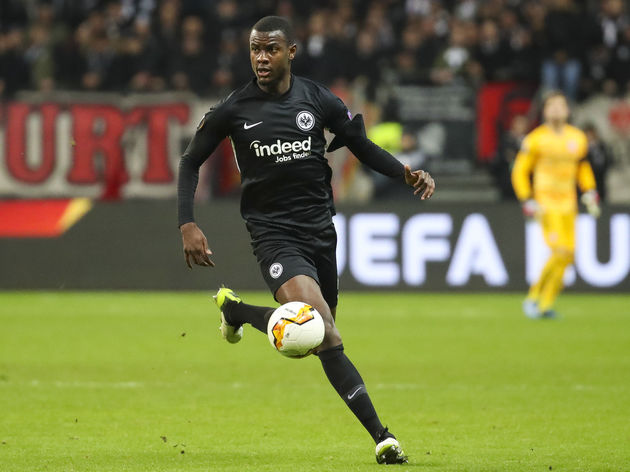 An academy graduate of French club Auxerre, Evan N’Dicka, 21, made his senior debut for the club in January 2017. He enjoyed a season-and-a-half with Auxerre’s senior team before signing for Eintracht Frankfurt on a five-year deal in July 2018. The France under-21 international has since been an important member of Eintracht Frankfurt’s first-team squad.

The defender has impressed as a part of Adi Hutter’s back-three this season, making 17 appearances across all competitions so far. Come to the end of the season, N’Dicka will have two years remaining on his current deal and is believed to be valued at £19million by the Bundesliga club.

Meanwhile, Arsenal have recovered well following a dire start to the season. They are still tenth in the table, 10 points behind fourth-placed Chelsea with the Gunners having a game in hand. However, Mikel Arteta should be pleased with how his players have performed of late after overcoming the difficult times this season.

Arsenal earned the north London bragging rights by beating Tottenham Hotspur 2-1 at the Emirates Stadium on Sunday. The manner in which the Gunners dominated the game and came back from a goal down to win against their bitter rivals should vindicate Arteta’s assertion last week that his “project” will “bang” in the coming months.

Mikel Arteta wants additions to his backline before the start of the new Premier League campaign, with a commanding centre-back at the top of the Arsenal manager’s agenda.

In a bid to continue restructuring the club’s defence, the north London giants allowed the likes of Shkodran Mustafi, Sokratis Papastathopoulos and Sead Kolasinac to leave in January. And now, Calum Chambers could be the latest to follow the aforementioned defensive trio out of the club, as Arteta wants to get rid of underperforming squad players.

Chambers joined Arsenal from Southampton as a teenager back in 2014 but has failed to live up to the high expectations at the club. He made his first Premier League start for the Gunners in December 2019 in a 1-1 draw with Burnley at Turf Moor earlier this month.

The three-cap England international finds himself behind the likes of David Luiz, Gabriel Magalhaes, Rob Holding and Pablo Mari in the pecking order. With no guaranteed first-team football, it’s perhaps best for Chambers to move on and seek pastures new.

Evan N’Dicka could be a smart signing for Arsenal

With David Luiz out of contract this summer and William Saliba farmed out on loan to OGC Nice, the Gunners having opened discussions to sign Evan N’Dicka from Eintracht Frankfurt makes complete sense.

Standing at 6ft 4in tall, N’Dicka is a strong, powerful and commanding centre-half who has performed really well in the Bundesliga this season. The French defender has proven himself in the Bundesliga, and at 21, can be viewed as a long-term prospect at the Emirates Stadium. He could be key to Arteta’s plans of strengthening his defence further ahead of the new campaign.

A talented player, there are chances of N’Dicka establishing himself at a higher level under a shrewd manager like Arteta. Thus, Arsenal must secure the defender’s signature during the summer transfer window.