League leaders Liverpool will welcome defending champions Manchester City at Anfield on Sunday, and it promises to be an intriguing clash. 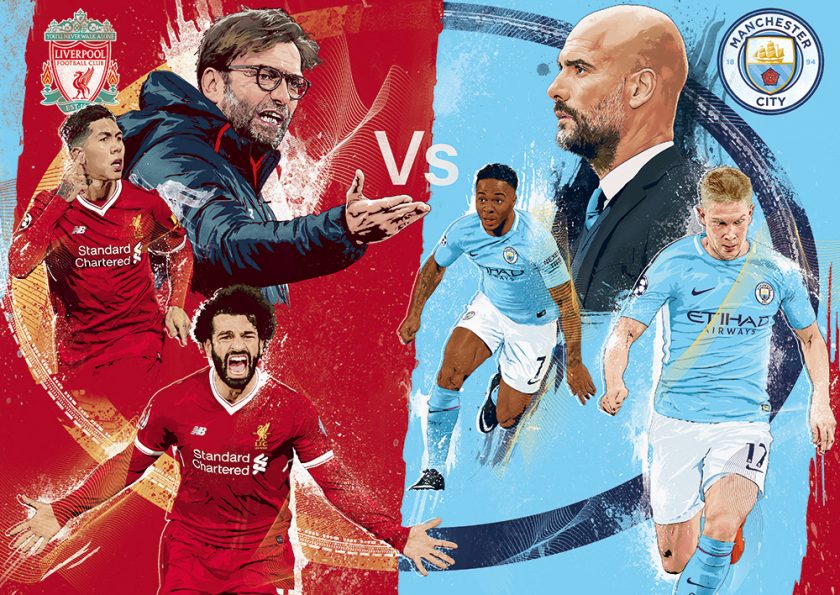 The Reds are in great form having picked up 15 points from six games. They dropped points to newly-promoted Brentford in the Matchweek 6, drawing 3-3 in an intense battle in west London. But they recovered well with a 5-1 thumping of FC Porto in the Champions League on Tuesday and will head into Sunday’s fixture in high spirits.

Manchester City, on the other hand, sent a message to the remaining clubs in the division by beating Chelsea 1-0 at Stamford Bridge at the weekend. While they were beaten 2-0 away by Paris Saint-Germain in the Champions League, Pep Guardiola and co. will be visiting Merseyside in a buoyant mood.

Here are three battles to watch out for when Liverpool take on Manchester City.

Trent Alexander-Arnold was a notable absentee in Liverpool’s fantastic 5-1 drubbing of FC Porto in Portugal on Tuesday night. With a crunch clash against Manchester City on the horizon, an adductor injury to the England international is the last thing Jurgen Klopp wanted. 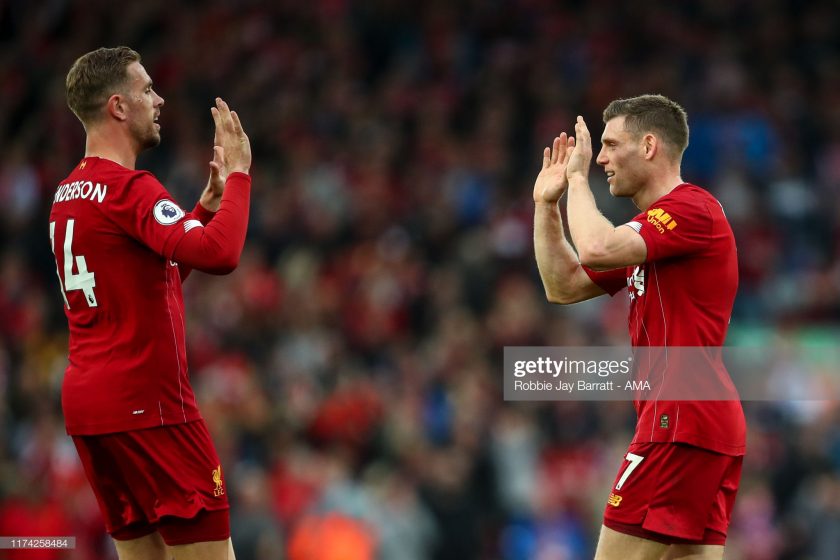 James Milner deputised at right-back in Alexander Arnold’s injury absence against Porto and could start again on Sunday. The veteran Yorkshireman has been called upon several times to fill the void left by Alexander-Arnold at right-back, and more often than not he’s done a commendable job.

However, Milner will likely come up against Manchester City’s Jack Grealish—one of Premier League’s trickiest players. Grealish has had a decent start to life at City following his big-money summer move from Aston Villa. However, he was poor in his team’s 2-0 defeat to PSG in Paris, with Achraf Hakimi getting the better of him on many occasions.

Grealish may be licking his lips at the prospect of facing Milner but the old dog is expected to be up for the challenge at Anfield.

Kevin De Bruyne is one of the world’s best players, and even though he’s not had a bright start to the season due to injury problems, he’ll be City’s biggest threat over the weekend.

The Belgian can carve open the tightest of defences with one incisive pass, and the fact that he can carry the ball forward to long distances, link play and score goals while being defensively attentive makes him a complete package. De Bruyne will sure-shot be a part of Guardiola’s midfield at Anfield.

Liverpool midfielder Fabinho screens the back four and keeps things ticking with his passing and ball-winning skills. Generally, the Brazilian is one of the best in his positions and uses his technical skills to dictate the tempo of the game, which is why he is so integral to Klopp’s system.

Fabinho, a likely starter at the base of Liverpool’s midfield, isn’t a player known for hogging the limelight but someone that keeps doing his job meticulously. It’ll be absorbing to see how he manages to nullify the threat of De Bruyne.

With Benjamin Mendy suspended, Joao Cancelo has been Man City’s first-choice left-back this season. Pacey, agile and aggressive, Cancelo has been industrious for the Sky Blues from the left-back position. The Portuguese international has performed very well so far, offering an attacking threat down the left but question marks do remain over his defending. 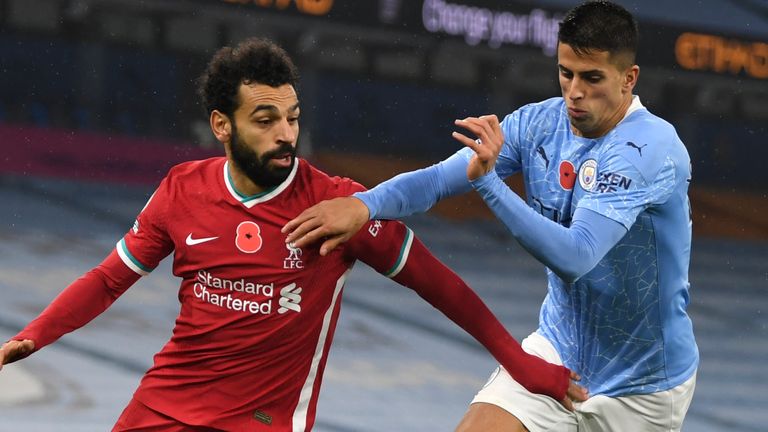 That is something Liverpool’s Mohamed Salah will look to exploit on Sunday. With eight goals in as many games across all competitions, Salah is in rich goal-scoring form and will head into the weekend clash off the back of a brace in the Reds’ 5-1 victory over Porto.

With his speed, movement and dribbling skills, Salah will look to cause all kinds of problems to City’s defence. He will come up against Cancelo, and although the City star has done well so far, facing Liverpool’s Egyptian international will be a daunting task for him.