The curtain falls on another extended weekend of Premier League action, and it is hard to believe that we’ve already reached the end of the second month of this fledgling but a fascinating season.

With exhilarating clashes and eyebrow raising results, Matchweek 6 has blown all of the previous weeks out of the water with a series of fascinating matches. From Manchester City’s commanding victory over Chelsea in a titanic early season clash, to Arsenal’s derby demolition of Tottenham and more late penalty drama for Manchester United, the big guns certainly served up their share of the good, the bad and the ugly this week.

Narrowing it down to one player from each area of the pitch to cram into our Stars of the Week has been very difficult for this round of matches, with this week’s five all qualifying via some monumental performances. For the second week running, a full house of five different clubs are represented.

Stars of the Gameeweek 6 – Premier League

Kicking off between the sticks, as always, we begin with new Wolves goalkeeper Jose Sa, who enjoyed the finest performance of his short Premier League career away at Southampton on Sunday.

In an extremely tight game, Sa made vital saves from Tino Livramento, Adam Armstrong and Mohammed Elyounoussi to keep the scores level. With the Portuguese goalkeeper solid at the back, his excellent long range pass in the second half found striker Raul Jimenez, who worked the space brilliantly to score the game’s only goal, giving Sa an assist in the process – the first goalkeeper to claim one in the league this season.

Neither Wolves nor Sa have had the finest start to the season, but having achieved their second win and clean sheet of the campaign, they now really do have something to build on.

From out in the cold to centre stage, Aston Villa defender Kortney Hause enjoyed a dream return to the first XI during his side’s visit to Old Trafford.

Starting a match in the league for the first time this season, the centre back was unshakeable at the heart of the back three, keeping Cristiano Ronaldo quiet – among others – and winning two tackles and three duels to keep the Red Devils at bay.

A stunning late header from a corner gave Hause a goal that he’ll remember forever, and although he was unlucky to concede a penalty right at the end, Bruno Fernandes’s comically ballooned spot kick let him off the hook.

After an indifferent start to the season, it looks like Villa – and Hause – are on the rise. 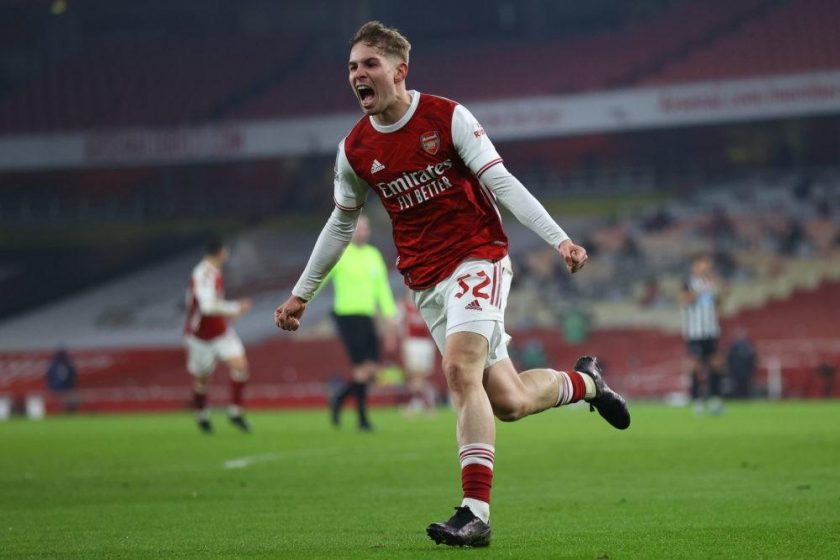 After claiming two crucial, but lethargic wins so far this month, Arsenal threw off the shackles in style on Sunday, as the Gunners dismantled their North London nemesis Tottenham in a relentless first half blitz.

As awful as Spurs were, Arsenal’s three attacking midfielders were all exceptional, with Emile Smith-Rowe the jewel in the crown. A nightmare for Tottenham from the first whistle, Smith-Rowe drifted into the box to open the scoring from Bukayo Saka’s cutback on 12 minutes, before making a darting run down the left-hand side followed by a neat pass for Pierre-Emerick Aubameyang to double the Gunners’ lead.

The contest was effectively decided within the first 45, and Smith-Rowe’s goal and assist laid the foundations for an iconic win. Having recently inherited the number 10 shirt, this was a vintage number 10 performance from the so-called Croydon De Bruyne.

Leicester City have had something of a topsy-turvy start to the season, a start that was encapsulated perfectly in 90 minutes by star striker Jamie Vardy on Saturday afternoon, who turned in a very peculiar, but ultimately successful performance.

Former England forward got off to a terrible start when he accidentally headed a Burnley corner past his own goalkeeper, but then made amends by racing in behind the Clarets’ defence and rolling a strike into the far corner to bring his side level. After the break, Vardy found some space behind the Burnley defence once again and took advantage of some indecisive goalkeeping from Nick Pope to get free and tap home a simple finish.

It may not have been the Foxes’ finest day, given that they only walked away from the King Power Stadium with a point, but the good news is that Vardy is firing on all cylinders again after fizzling out towards the end of last season. Who ever said that he was on the decline? Last but not least, we turn our attention to this week’s star manager, of which there are several standout candidates. Villa’s Dean Smith and Arsenal’s Mikel Arteta sit near the top of the pile, but this week it is Manchester City boss Pep Guardiola who takes the acclaim following a colossal win over Chelsea.

Exacting a small measure of revenge over the Blues following May’s Champion’s League Final defeat, Pep got his tactics spot on here, with City completely nullifying a previously rampant Chelsea and limiting them to their lowest expected goals (xG) tally in a game since records began in the 2003-04 season. Gabriel Jesus’s deflected winner had a bit of good fortune to it, but the truth is that it was no less than City deserved.

After last week’s Southampton stalemate, this was the perfect remedy for Guardiola and City, one that will no doubt have sent out a reminder to the rest of the league of the quality that the reigning champions possess.