Arsenal are interested in signing Sevilla’s Youssef En-Nesyri but will have to pay a club-record fee to land the striker. 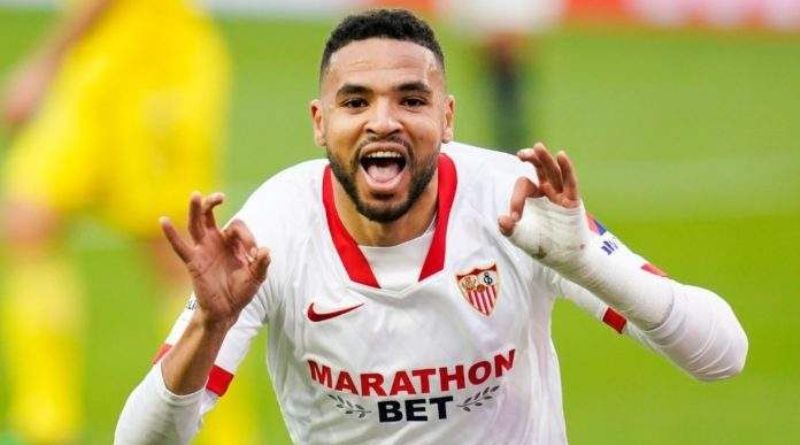 Youssef En-Nesyri, 24, joined Sevilla from Spanish club CD Leganes in January 2020 in a deal worth around £18 million and has since gone in to register 33 goals and two assists in 85 appearances across all formats. The Moroccan international played a key role for Sevilla in winning the Europa League under Julen Lopetegui during the 2019/20 campaign.

The 6ft 2ins striker bagged 24 goals in 52 appearances across all formats, including six goals in the Champions League. Sevilla aren’t in any rush to part ways with En-Nesyri, who has a contract until 2025, at the moment but should they decide to sell him, any club interested in his signature will have to splash £38.5million.

Mikel Arteta is already eyeing January reinforcements despite persuading the club to spend £149m spread over six players in the summer transfer window. The Arsenal boss wants to sign a centre-forward and is believed to be preparing an offer to Sevilla for En-Nesyri that’ll see Alexandre Lacazette move in the other direction.

Alexandre Lacazette, 30, has found game time hard to come by this season, managing just one appearance so far. The Frenchman is out of contract in June, and neither the player nor the club is interested in extending his stay in north London.

The 30-year-old striker does not see a long future at the Emirates Stadium following his reduced game time and could be offloaded in January, with Crystal Palace and West Ham keen for his signature. But Arsenal want to use Lacazette to get Sevilla star En-Nesyri in a part-exchange deal next year.

Arsenal need reinforcements at the top end of the pitch

Mikel Arteta splashed a lot of money during the last transfer window to strengthen his team’s defence and midfield unit. And the Spanish tactician has shifted his focus towards reinforcing his attack, with Lacazette into the final year of his contract, Pierre-Emerick Aubameyang at 32 not getting any younger and Eddie Nketiah yet to prove himself at the club.

Thus, signing a striker has to be the topmost priority when the transfer window reopens in January, with Arteta seemingly setting his sights on En-Nesyri.

Is Youssef En-Nesyri the right fit at the Emirates Stadium?

Predominantly a centre-forward, Youssef En-Nesyri can also operate down the left and help his team in the attack. The 24-year-old is a tall, strong, hard-working and deceptively quick player who gives his 100 per cent in every game. He can shield the ball, bring his teammates into the game and catch out defenders with his sudden burst of pace.

The Moroccan international’s goal-scoring threat makes him an ideal player to replace Lacazette at Arsenal. Along with that, his ability to drift wide when things are not going well for him may give the Gunners something different to work with.

En-Nesyri drops deep to help his team build attacks, and with Aubameyang, Emile Smith Rowe and Martin Odegaard, he can form a stellar attacking quartet that can interchange positions fluidly and terrorise the opposition.

All in all, the Moroccan striker is a brilliant option for the Gunners to improve their attack, and Arteta must try everything possible to make the part-exchange deal involving Lacazette happen during the winter transfer window.