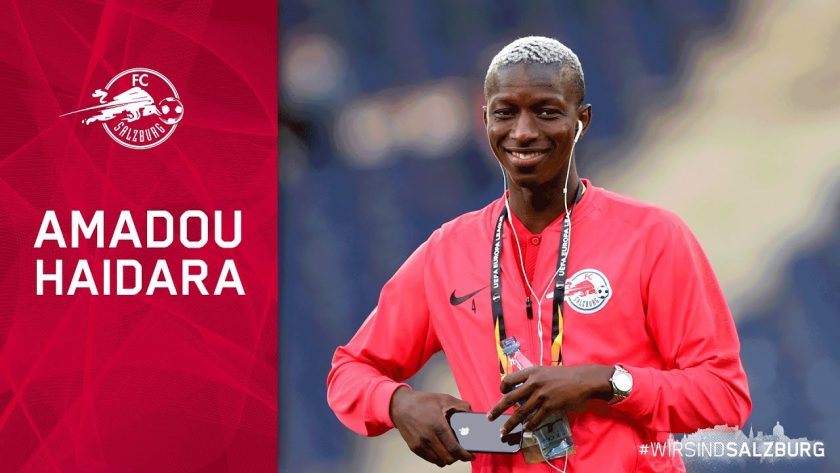 The Red Devils are poised to appoint Ralf Rangnick, 63, as their interim manager until the end of the season before handing him a two-year consultancy role at the club. They are currently in talks with Russian club Lokomotiv Moscow, where the German tactician works as the manager of sports and development.

A hugely respected figure in German football, Rangnick took over as the sporting director of RB Leipzig and Red Bull Salzburg in 2012 and played a key part in laying the foundations of the Red Bull network, which now incorporates clubs in Germany, Austria and the USA. And the experienced 63-year-old now wants to raid RB Leipzig for Amadou Haidara, who admitted in 2019 his ‘dream club’ is Manchester United.

Rangnick, formerly of RB Leipzig, developed a good relationship with Amadou Haidara, having signed him from RB Salzburg in 2019. And the Malian international could become one of Rangnick’s first bits of business at Man United in January.

Haidara, 23, made 31 league appearances for Leipzig last season, netting three goals. The central midfielder scored in Leipzig’s 3-2 win over Manchester United at the Red Bull Arena, which dented their Champions League last-16 hopes. The Red Devils may face competition from newly-minted Newcastle United in signing the 23-year-old Malian, who has a £33m release clause in his contract.

Manchester United are currently sitting eighth on the table, having lost five out of their last seven league games. The torrid run of recent results culminated in the sacking of Ole Gunnar Solskjaer, leaving the Norwegian’s potential successor in Rangnick with a lot to work to do to help the Red Devils achieve a top-four finish.

The Mancunian club’s midfield has been an issue for several seasons now. The double-pivot of Scott McTominay and Fred don’t offer much creativity, while Nemanja Matic is not getting younger. Paul Pogba has struggled with injuries over the last couple of years and is out of contract at the end of the season.

Donny Van de Beek failed to get opportunities to play under Solskjaer, starting just four league games last term. However, the Dutchman could enjoy a new lease of life in Rangnick’s management.

The Man United players could take some time to adapt to Rangnick’s high-pressing, counter-pressing, aggressive, fast and intense style of football, so the signing of a player that is accustomed to the tactics could be a welcome addition to the squad. In that regard, Amadou Haidara fits the bill perfectly.

A box-to-box midfielder by trade, Haidara could slot in as part of the midfield setup, reprising the no. 8 for Man United with ease, although he’s more than capable of playing as a 6 when required. Due to his excellent passing range and impressive ball-winning skills, he would be an upgrade over McTominay. And with Pogba’s contract expiring next summer, the RB Leipzig star could be a like-for-like replacement for the Frenchman.

As things stand, Rangnick is keen to be reunited with Haidara at Old Trafford. However, it remains to be seen whether or not the Red Devils pay the Malian international’s £33m release cause in the upcoming transfer window.