As reported by The Athletic, Roberto Martinez has been appointed as the new manager of the Portuguese national football team. This news has garnered significant attention from football fans and analysts alike, as Martinez takes on the mantle of leading one of the most successful national teams in recent history. 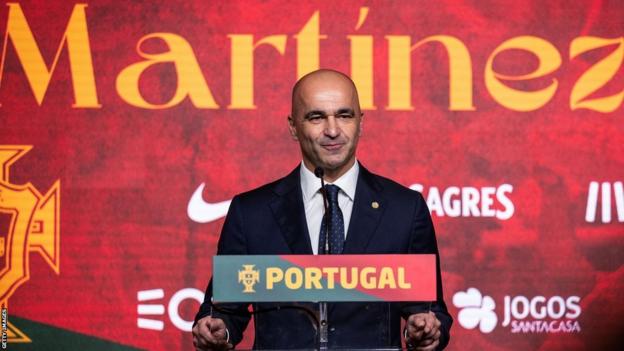 In this article, we will delve deep into the appointment of Martinez and what it means for Portugal’s future prospects in international football.

Martinez’s Track Record as a Manager

Martinez has a wealth of experience as a manager, having taken charge of several top-tier clubs and national teams. He began his managerial career at Swansea City, leading the team to promotion to the English Premier League for the first time in their history. He then went on to manage Wigan Athletic, where he won the FA Cup in 2013.

Following his stint at Wigan, Martinez was appointed as the manager of Everton in the Premier League. Although he was unable to replicate the success he had at Wigan, he did lead Everton to a seventh-place finish in the league and qualified for the Europa League.

Most recently, Martinez served as the manager of the Belgian national team, leading them to a third-place finish at the 2018 World Cup. He also guided Belgium to the top of their UEFA Nations League group, earning them a place in the semifinals.

Martinez’s Philosophy as a Manager

One of the defining characteristics of Martinez’s managerial style is his emphasis on attacking football. He is known for encouraging his teams to play with width and to create chances through quick, incisive passes. This approach has often led to high-scoring matches and has endeared Martinez to fans of the teams he has managed.

In addition to his focus on attacking football, Martinez is also known for his strong tactical acumen. He has a reputation for being able to set up his teams in a way that allows them to nullify the opposition’s strengths while also capitalizing on their weaknesses.

What Martinez’s Appointment Means for Portugal

Given Martinez’s track record and managerial philosophy, it is clear that he will be looking to bring an attacking brand of football to the Portuguese national team. This could potentially lead to some exciting matches for fans to enjoy.

One area where Martinez may look to make an impact is in Portugal’s midfield. Under previous manager Fernando Santos, the Portuguese midfield was often criticized for being too defensively minded. Martinez may look to inject more creativity and attacking intent into the midfield in order to create more scoring opportunities for the team.

It is also worth noting that Martinez will have a wealth of talent at his disposal in the Portuguese national team. With players such as Cristiano Ronaldo, Bruno Fernandes, and Diogo Jota, Martinez will have the tools to implement his attacking style of play.

While Martinez’s appointment as Portugal’s manager brings a lot of promise and potential, it is also worth considering the challenges he may face in his new role.

One potential issue is the fact that Martinez has never managed a team in a major international tournament. The World Cup and the European Championship are both incredibly prestigious and high-pressure events, and Martinez will need to prove that he is capable of handling the pressure and delivering results on the biggest stage.

Martinez’s Career as a Manager