It’s the moment that football fans throughout Europe and across the world have been waiting for. Finally, after a five-year wait including last year’s much resented but understood postponement, EURO 2020 is upon us.

Following the long wait, the hype around the tournament feels unprecedented, with fans all over the continent making their predictions and willing on their teams. Many fans, pundits and writers have unsurprisingly listed France as the favourites, but as they themselves proved on home soil five years ago, nobody in this competition is safe from a potential upset. As the anticipation builds, it’s time for our preview of the tournament, team by team, giving a breakdown of each of EURO 2020’s 24 participants, how they reached the coveted tournament, and whether they could be destined for greatness. 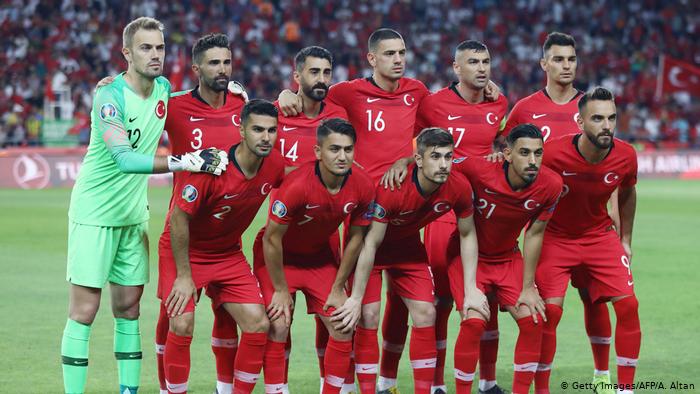 We kick off Group A with Turkey, who will be contesting the opening match in Rome against Italy. Turkey qualified for the tournament by finishing second in qualifying Group H, with a record of 7-2-1. Not only did they achieve an impressive tally of 23 points, but they also famously beat France 2-0 less than a year after Les Bleus had been crowned world champions. Despite two poor results against Iceland, Turkey managed to finish four points clear of the Nordic side.

This may only be Turkey’s fifth appearance at the tournament, but the Turkish side of EURO 2008 won over neutrals and impressed the world by making an exciting run all the way to the semi-finals, their finest result in the competition. At EURO 2016 however, it wasn’t quite the same story, with Turkey finishing third in their group and being one of the two unlucky third placed teams not to qualify for the knockouts.

Milan man Hakan Calhanoglu is certainly a source of excitement within the Turkish team, but the ever brilliant Burak Yilmaz may well be the key player for Turkey in this tournament. Now 35, Yilmaz remains a top striker, having fired Lille to an unlikely Ligue 1 title this season. Turkey’s captain may have only netted once in qualifying, but his form for the national team lately has been much better – he bagged a hat trick against the Netherlands in March.

Group A is no doubt a very intriguing and tough group to call, but you’d imagine that Turkey would feel they have a strong chance of progressing this time. A top two finish in the group may land them a tie against the likes of Ukraine, Denmark or Russia, games that would be tricky but certainly winnable. A run to the quarter-finals would be a reasonable success for this side. 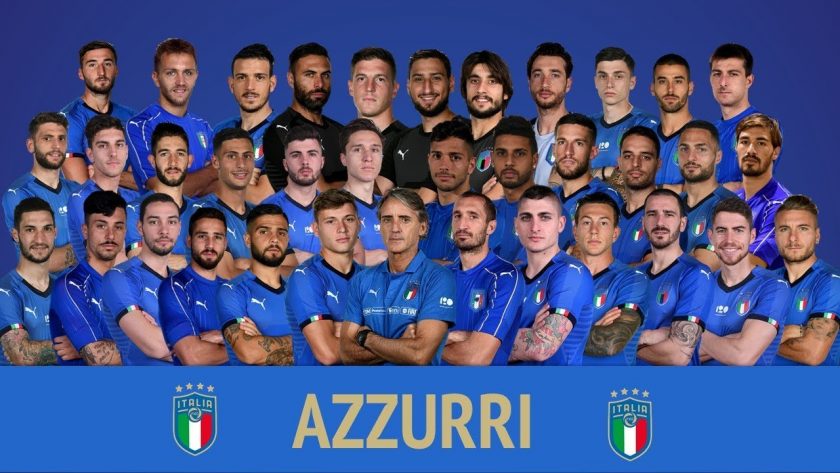 On the other side of the tournament’s opening game, we have Italy – on paper, the big name and the strongest team in Group A. The Azzurri’s path to the tournament came via qualifying Group J, arguably the easiest group for any of the top seeds. Still, they navigated it flawlessly, winning ten out of ten games including a spectacular 9-1 hammering of Armenia.

An eternal giant of European football, Italy are among the previous winners of the European Championship, their sole triumph coming in the third edition of the tournament back in 1968. In the time since, they have been runners up twice and the team proved several doubters wrong back in 2016 by making it to the quarter finals, before suffering penalty shootout heartbreak at the hands of Germany.

Italy’s experienced defence remains typically robust and will likely be the foundation of the team once again, but all eyes will be on young goalkeeper Gianluigi Donnarumma. Still only 22, it is incredible to think that the youngster has been in the limelight for almost six years now, and having developed into one of Europe’s finest goalkeepers is set to make his tournament debut this summer. He’s often dubbed the heir to Buffon, will he achieve similar greatness with the Azzurri at the Euros?

You never quite know how a tournament will pan out, but given that Italy are on a 27 game unbeaten run and look very well prepared under Roberto Mancini, you expect that they’ll top Group A, with a round of 16 tie against Ukraine perhaps the most likely outcome of that. Progress from that and you feel that they’ll be in with a strong chance of making the final four, and from there it’s anyone’s game – potential dark horses? 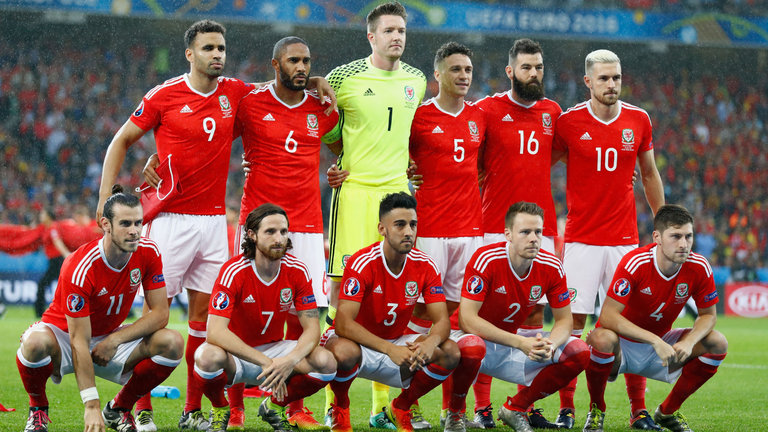 Up next in Group A is Wales, who have returned for more following their inspired run last time out. The Dragons found qualification quite tricky this time around though, narrowly pipping Slovakia to second place in Group E by a single point with an unconvincing record of 4-2-2. It looked like the team might even miss out on the tournament after early defeats to Croatia and Hungary, but Wales clinched a spot on the final day with a 2-0 home win over the Hungarians.

Those of you who watched the Euros in 2016 will recall that that particular tournament was Wales’ first ever taste of the European Championships – and indeed any tournament football for the first time since 1958. An astonishing run that included a 3-1 victory over Belgium saw Wales advance all the way to the semi-finals before being beaten by eventual winners, Portugal. Now at their second tournament in a row, Wales have certainly made the most of the eight extra qualification spots made available by the tournament’s expansion to 24 teams five years ago.

Not too much has changed for Wales on this front, although that isn’t necessarily a bad thing. Gareth Bale may not quite be the player he was in 2016, but he is still unquestionably Wales’s talisman and the man they will look to deliver results. In the time since 2016, he has become the Welsh national team’s all-time top goalscorer, and will be looking to add to his tally here.

As mentioned, Group A does have a peculiar line-up that makes specific predictions very difficult. On paper, Wales have the quality to trouble anyone on their day, but the recent turmoil and criminal charges brought against manager Ryan Giggs has thrown their Euro preparations into disarray. Might that cost the team a spot in the knockouts? 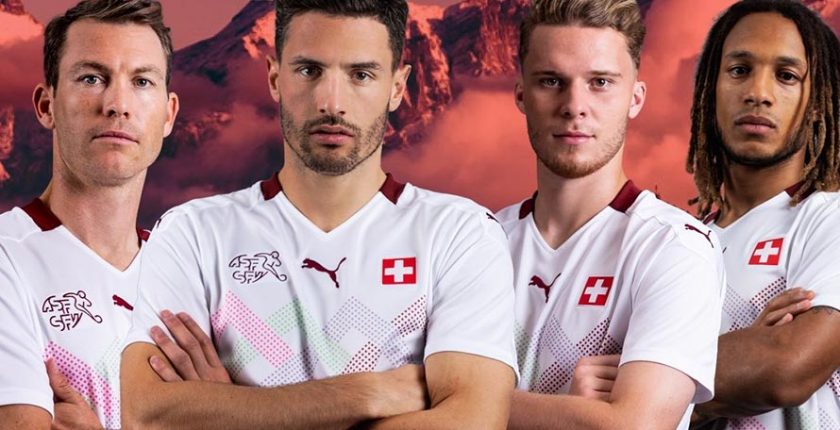 The final team making up Group A is Switzerland, an ever-present at major tournaments in recent years. It may look like they got dealt a good hand with their Euro qualifying group, but they made it easy for themselves by winning their group in the UEFA Nations League, thus making themselves top seeds for this tournament’s qualifying. The Swiss topped Group D, one point ahead of Denmark, with a respectable record of 5-2-1.

Team History at the Euros

This will be Switzerland’s fifth appearance at the European Championships, all of which have come since 1996. The team hasn’t enjoyed that much success in this tournament yet, although did manage to reach the knockout phase for the first time in 2016, before being defeated on penalties by Poland.

His opportunities have most certainly been limited at the club level in the past two seasons, but for Switzerland, Xherdan Shaqiri is still regularly the go-to guy, especially in tournaments. His spectacular overhead kick in the aforementioned game against Poland in 2016 was the stuff dreams are made of, a strike that won goal of the tournament and demonstrated exactly what he is capable of. Might there be more magic from him in EURO 2020?

In truth, nobody in Group A is lacking in quality to the point where it’d be easy to single them out as the team likely to finish bottom, but it’s probable that that unwanted honour will go to one of Wales or Switzerland. In fairness to both sides, the third-place spot gives both a reasonable chance of progressing, but even if Switzerland were to do so, their record in knockout football has been pretty abysmal at major tournaments, and so it’s hard to envision them progressing further than the last 16 at best.