Newcastle United and Arsenal are set to battle it out for the signature of Fulham defender Tosin Adarabioyo, who has a buy-out clause of £10m in his contract. 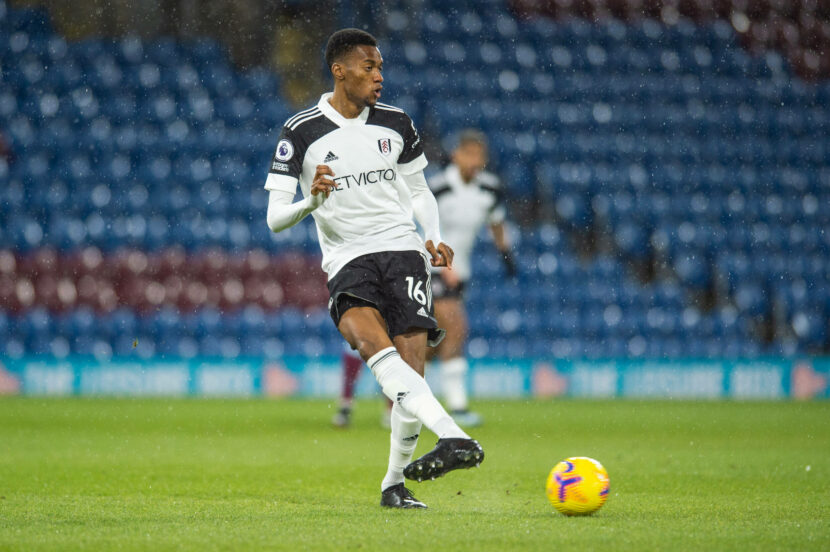 Tosin Adarabioyo, 23, joined Fulham on a permanent deal from Manchester City last summer. He made 32 league appearances for the Cottagers and was one of Scott Parker’s best performers regardless of their relegation from the Premier League.

The 23-year-old centre-back is set to leave Fulham this summer. It is understood that the release clause in Adarabioyo’s contract expires 30 days before the 2021/22 Championship season, which is slated to start from August 7 onward.

Newcastle United are believed to be monitoring the centre-back’s situation, as Steve Bruce looks to strengthen his squad after guiding the club to a respectable 12th-place finish.

Things once looked twitchy for Steve Bruce, especially in the first half of the past campaign, but credit to him and his coaching staff for turning things around in 2021 and helping the Magpies achieve safety. Bruce will look to build on that and challenge for a top-half finish next term.

Newcastle must solidify their backline in the transfer window

Newcastle conceded 62 goals in 38 games last season, as none of their centre-backs delivered consistent performances. Despite having as many as five centre-backs in its ranks, the Toon Army’s defence was plagued by injuries, which forced Bruce to chop and change things often.

Paul Dummett and Fabian Schar are injury prone and Federico Fernandez is nearing the autumn of his career at the age of 32. Ciaran Clark is also in the 30s, while Jamaal Lascelles’ stock has dropped due to injuries and lack of continuity in the last couple of years.

With Newcastle’s woes in defence clearly a cause of concern, Bruce will need to make quality signings this summer. The Magpies definitely need to freshen up their centre-back unit in this summer transfer window. They’ll have to find a young, reliable defender who can stay fit and deliver consistent performances throughout the season.

Adarabioyo was one of the rare bright sparks for Fulham in an otherwise horrid Premier League campaign. The former England U-19 international has shown he has the qualities to cope with the hustle and bustle of Premier League football.

The fact that Adarabioyo is quick and athletic would add some much-needed pace to the Newcastle backline. Standing at 6ft 5ins tall and blessed with a powerful build, Adarabioyo is an intimidating presence at the back and is an asset to have at both ends of the pitch.

A ball-playing centre-back, the 23-year-old would complement Lascelles’ no-nonsense defending very well at Newcastle. Adarabioyo is not the finished article just yet but he still has plenty of time on his side to iron out the flaws from his game.

Thus, bringing in the former Manchester City man would help Newcastle add some much-needed stability and youthfulness to their backline. With Adarabioyo’s release clause set at £10m, Newcastle must go all out to sign the Fulham defender.