Both teams were impressive in their Round of 16 victories over Real Madrid and Juventus respectively. The winner of this tie will take on Bayern Munich who humiliated Barcelona last night in the 2-8 win. 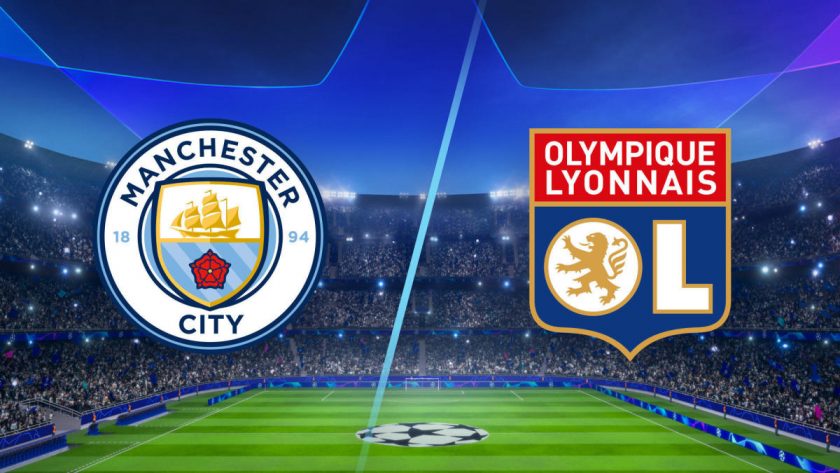 Though Manchester City are favourites but there aware that could face a similar fate like Juventus if they take their opposition lightly. The Citizens have managed to reach the quarter-finals of the Champions League four times out of the past five years but only once have they managed to reach the semi-final, which was in 2016. While for Lyon it’s their first Champions League appearance in the quarter-finals since 2010.

The Citizens will be without their club’s top scorer Sergio Aguero who also missed the game against Real Madrid. Benjamin Mendy is back from suspension as he also missed the Real Madrid game. Guardiola is aware that the new format of the game favours non-conventional teams and he has cautioned his team to play the Lyon game like a final.

He said: “Playing just a single game makes it quite different, when you play in a first leg you always have one eye on the second, but in this situation, there is no second chance”.

He also urged his team to seize this once in a lifetime moment of winning the Champions League, “This is an important moment for our careers, for our lives as professionals. It is a once in a lifetime and I think being together is exceptional”.

Rudi Garcia’s side are in good spirits as they have no injuries and suspensions. He motivated his team by asking them to take inspiration from PSG for the match against Man City.

He said: “It would be historic to have two French clubs in the semi-finals, we must be inspired by what PSG did. Having eliminated Juventus, that must give us confidence, We want to stay a long time in Lisbon, even if City are the big favourites of this confrontation. But the start of the quarter-finals showed that favourite teams can be roughed up”.

Manchester City clearly aspire to win the Champions League having spent so much money in recent years. While Lyon may not be superior to them but they will certainly believe they can pull another upset by knocking City out of the competition. The Citizens have Pep Guardiola who has failed to win the competition since leaving FC Barcelona. The Premier League giants will believe it is their year considering how well they performed against Real Madrid.

When compared to other top teams they have been relatively handed an easy draw. Though no disrespect to Lyon but they were extremely lucky to get a penalty against Juventus and score an away goal and qualify for the quarter-finals.

Les Gones will sit back and let City dictate the game and hit on counter-attacks. However, Manchester City are accustomed to playing against such teams in almost every game. Lyon will also be hopeful against City because of their defensive fragilities this season. Pep Guardiola’s team have been very poor defensively compared to their previous seasons and in the absence of Sergio Aguero, they might even struggle to score. Even against Real Madrid, they were gifted the two goals when they pressed but Lyon will play very differently to Real Madrid.

Against top teams like Chelsea and Arsenal, they haven’t been convincing and they were exposed defensively. Lyon don’t have much to lose in this game and if City don’t kill the game early they will always believe that they can come back in the game.