Maurizio Sarri may have secured the Serie A title for Juventus but Champions League is the real price the Bianconeri want in their trophy cabinet. Juventus will welcome a determined Lyon side at Allianz Stadium who believe they have a chance of upsetting the Italians. The French side won the 1st leg at home by 1-0 thanks to a goal by Lucas Tousart.  Despite their one-goal lead Juve are still the favourites to go through. Last season as well they were trailing by 2-0 to Atletico Madrid but Cristiano Ronaldo came to their rescue and scored a hattrick in the second leg. Maurizio Sarri will be hoping of something similar from his star man this time as well. 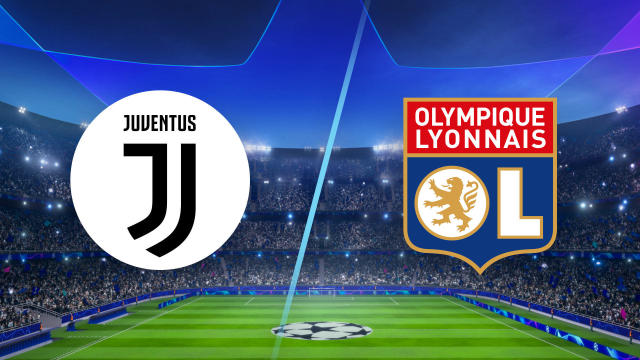 Juventus are hopeful that Paulo Dybala is fit enough to start the game. The former Palermo forward was injured with a thigh strain during Juventus Serie A game against Sampdoria in a 2-0 win. 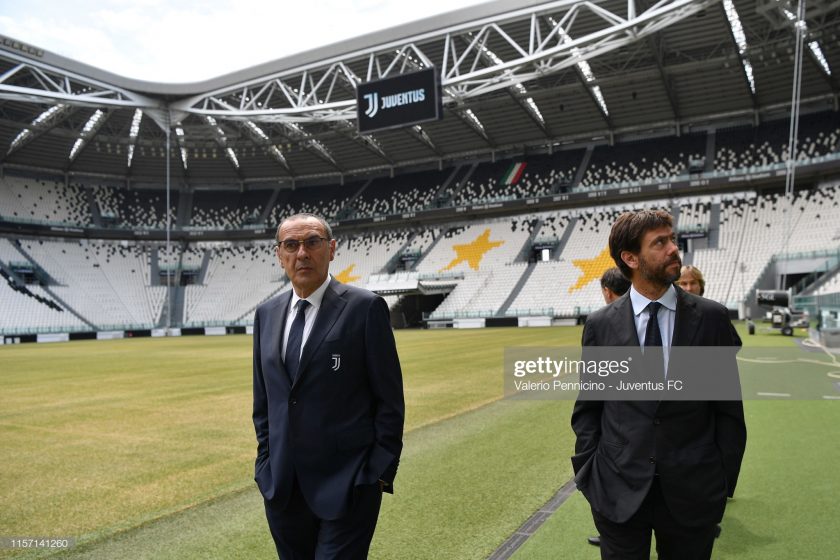 Sarri said that it is in the hands of medics whether Dybala will be available or not stating “It’s still in the hands of the medics. We’ll see what he can do tomorrow morning, then talk to him and the doctors about what he’s able to do”. While the former Napoli manager also dismissed concerns regarding his future. He was asked whether this Champions League tie could be his last game as a manager to which he replied: “No, and I think this question is essentially calling our directors amateurish, which I don’t think they are”.  With Dybala being a doubt, Juve duo of Douglas Costa and Matteo De Sciglio, both have been ruled out.

Lyon will be without Youssouf Kone, while Kenny Tete and Marcelo look doubtful. However, the good news for Lyon is that their talisman and captain Memphis Depay is back after he missed the first leg due to injury. The Ligue 1 side will be looking to move on from their French League cup defeat by the hands of PSG. They also missed out on Champions League qualification for next season. Lyon played well in that game but lost to PSG on penalties. Garcia also warned his team to give Juventus the respect they deserve though they won the first leg by 1-0. He also said that both teams have an equal chance of qualifying and the first leg win by Lyon is not of much significance considering how good and experience this Juventus team is.

He said, “Usually when you win the first leg, you have a better chance of qualifying, but in this case and considering the strength of the opponent, I’d say it’s 50-50”.

While he also highlighted that Juve are not that strong defensively as they used to be and he is hopeful that his Lyon team is able to capitalise on that. The former Roma manager also pointed out that Sarri has other top players at his disposal apart from Dybala and Ronaldo, “There aren’t just Dybala and Ronaldo at Juventus, as they have many star names in this squad”.

Despite their 1-0 defeat, the Bianconeri are still favourites given that they have Cristiano Ronaldo in their team. However, there will be concerns as there have been times when Juventus have very slow, sluggish and they have struggled to create any chances. Their midfielders have been often criticised this season as they are unable to provide the support required to their attack.

The Turin giants have been vulnerable at the back giving away 43 goals in 38 Serie A games. However, they have still managed to win games and there have been times when they have performed excellently. While for Lyon Anthony Lopes, Moussa Dembele, Bruno Guimaraes and Memphis Depay will be the key players. They haven’t been at their best this season but they are capable of pulling an upset. Their performance against PSG in the French Cup final should give them much needed confidence.

Juventus vs Lyon Predicted Line up