Bianconeri ended as the winners of Scudetto 19/20 season. 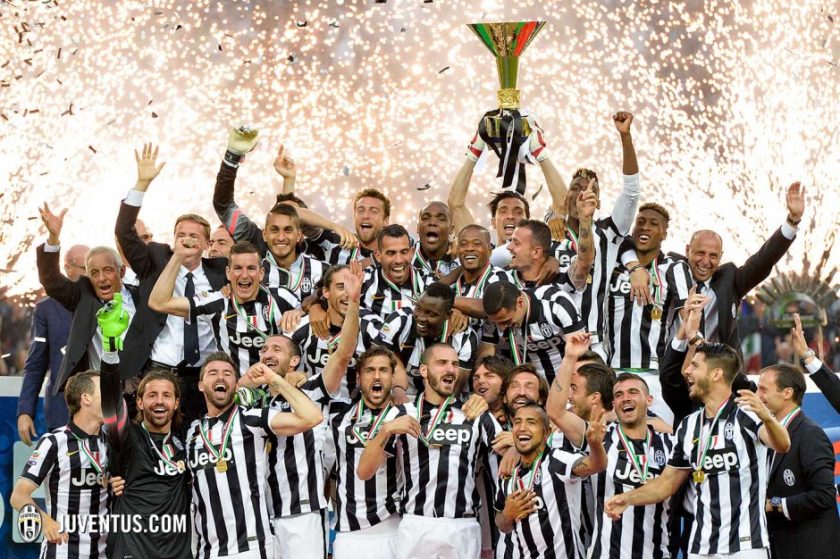 Juventus won the Serie A title for the ninth consecutive time following last night’s win against Sampdoria. The Bianconeri went head to head with Sampdoria, with a chance to lift the trophy after what it looked as an overdue. Cristiano Ronaldo opened the account for Juve, aided by the quick wit of Miralem Pjanic. Federico Bernardeschi found the winner in the 67th minute, putting the game to bed. The Old Lady have extended their streak as the serial title winners, having won the trophy for the last nine seasons.

Following the win, Juve defender Leanardo Bonucci weighed in on his thoughts about Maurizio Sarri and the Italian manager’s first season at Turin.

“This season was the most beautiful and difficult title of all,” said the Italian defender. (h/t ESPN)

“We struggled to interpret the coach’s instructions at times … We started on a new journey with a lot of scepticism around us but we kept giving everything, despite a few slip-ups.”

Sarri succeeded Max Allegri as Juve’s manager last summer and was still able to lead his side to the title.

The former Napoli manager was also in total agreement with Bonucci as he had found it difficult to implement his tactics into the Old Lady.

“Winning is hard and every year it gets more complicated, said the former Chelsea manager.

You have to tiptoe in and slowly change the things you like least. It’s not like you can just walk into a club that has been winning for eight years and change things, that would not be clever.

“However, as the months went by, I got to know the people I was coaching, not just the professionals.

It can be argued that Sarri’s first season hasn’t been at his best although they emerged as the eventual champions. Atalanta, Lazio and Inter Milan boasted a serious threat to Juve’s title change, but they slipped up their chances to close the gap with Sarri’s men.

Cristiano Ronaldo has once again proved to be a catalyst in the attack while Paulo Dybala remained as influential as he was with Bianconeri before. Miralem Pjanic has been of great use to Sarri, especially since the return from pandemic break. The Bosnian midfielder is relishing his final months as a Juve player as he is poised to join Barcelona this summer.

Juve’s next stop will be the Champions League round of 16 as they will try to overcome the 1-0 aggregate deficit against Lyon. We will see are they capable to win the UCL trophy.