Senegalese deservedly won a place in the round of 16; Ecuador fails in strategy and leaves World Cup below expectations. 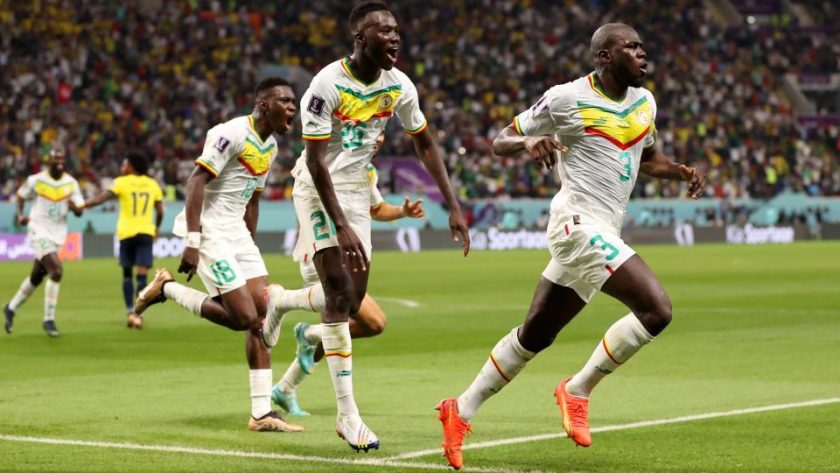 In the definition of Group A of the World Cup, the Ecuador team gave up its outstanding characteristics and Senegal took the opportunity to win and qualify for the round of 16.

Ecuador’s national team anticipated their starting line-up strategy with the return of their four-man back lineup. The more filled midfield with Alan Franco and Gruezo indicated a defensive strategy for the decisive duel.

On the other hand, Senegal also filled out more of the midfield with Pathé Ciss, taking over from the injured Kouyaté. However, the big news was Ndiaye as a wing.

In the first half, Ecuador made a serious strategic mistake that has already brought down other teams in this World Cup: entering the field thinking of guaranteeing a goalless draw, considering this a positive result.

With so many offensive resources on the other side, acting defensively against Senegal for the entire match was a practically suicidal strategy for Gustavo Alfaro. Senegal dominated the first half with more than 12 shots and took advantage with a well-marked penalty. Ismaila Sarr took the penalty perfectly.

In the second half, Ecuador took advantage of the greater spaces on the field provided by Senegal to accelerate the intensity and seek the equalizing goal with Moisés Caicedo, but Senegal immediately sought its second goal with Kalidou Koulibaly.

Contrary to expectations in the final stretch, Ecuador showed signs of psychological fragility with many passing errors and little control of possession, in addition to considerable pressure from Senegal.

Starting the match with a place in the round of 16, Netherlands choose Memphis Depay, starting for the first time in this World Cup. Additionally, Timber came on at halfback again and De Roon was new in midfield, starting alongside Frenkie De Jong.

Meanwhile, eliminated Qatar opted for Madibo as the starting midfielder, leaving Karim Boudiaf on the bench. That is, Abdulaziz Hatem returned to midfield. Pedro Miguel and Abdelkarim Hassan followed as defenders on the flanks and Ismaeel Mohammad played on the right wing.

Louis van Gaal’s team set the score after just 49 minutes, thanks to the artillery of Cody Gakpo, the young PSV star who scored three goals in three games.

The Netherlands remain very dependent on Frenkie De Jong, despite Gakpo’s great performances. Depay delivered more volume for the national team on his debut, but Dumfries still needs to improve his performance.

With the ability to attract the scorer to delay the pass, the expectation is that the Netherlands will have better performances in the round of 16. All possible teams can play as well as Dutch opponents so far, but England are still considered the toughest opponent in the round of 16.

On the other hand, Qatar can at least celebrate its entry into world football and the possibility of qualifying for the 2026 World Cup, which will have 48 teams, opening up greater possibilities for a work of 12 years.