Wolves have revived their interest in Lille star Renato Sanches ahead of the January transfer window. 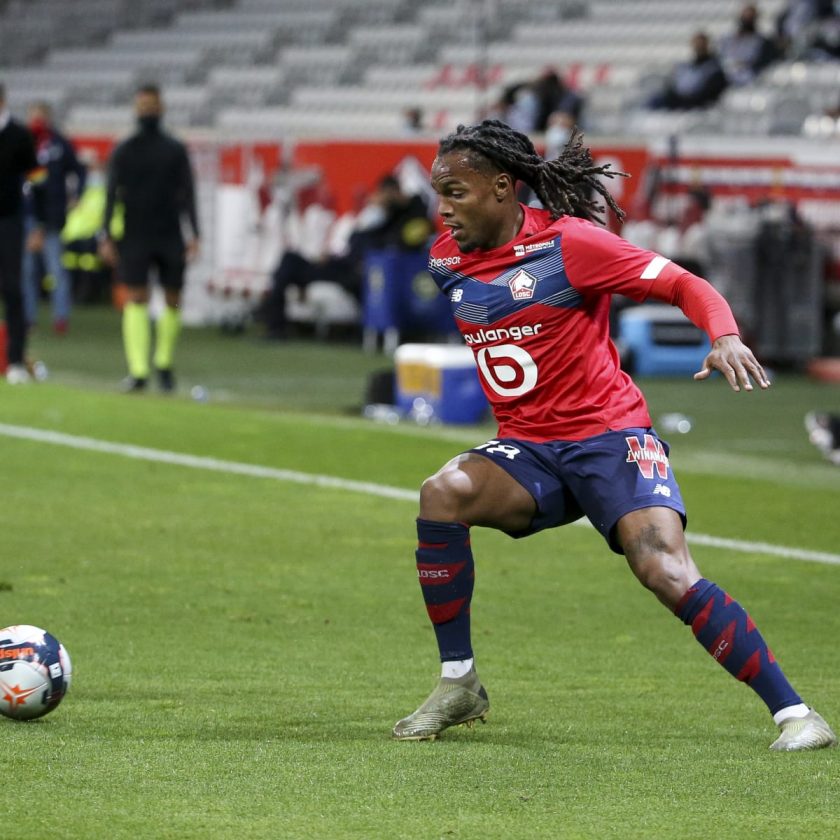 Renato Sanches, 24, played a crucial role in helping Lille beat Paris Saint-Germain to the Ligue 1 title last season with consistent performances from the middle of the park. He was one of the rare bright sparks for Portugal in an otherwise underwhelming Euro 2020 campaign.

The central midfielder’s performances in Ligue 1 has piqued the interest of many clubs, with Liverpool understood to be among those interested in his signature. However, Wolves, who were put off by the fact that Sanches had suffered a knee injury while they were keeping tabs on him, have now emerged as the frontrunners to acquire the Lille ace in the January transfer window.

The Wanderers were keen to bring Sanches to Molineux in the summer but the signing of forward Hwang Hee-chan saw the Portuguese international drop down on the priority list. Nonetheless, the Black County outfit remain interested in the 24-year-old and their chances to sign him will be boosted if Lille suffers an early elimination from the Champions League.

Wolves must beef up their midfield unit

In Joao Moutinho and Ruben Neves, Wolves have had two strong players holding their midfield for the last three years. The Portuguese duo blew hot and cold throughout the last campaign but are back to their best this term under new manager Bruno Lage, controlling games with their passing, interception skills and reading of the game.

However, Moutinho at 35 is approaching the final phase of their career and the time could be right next year to ease the burden off the veteran Portuguese midfielder’s shoulders. With Neves, Yerson Mosquera and Leander Dendoncker the remaining options in the middle of the park, Bruno Lage must prioritise strengthening this area of the pitch.

Renato Sanches could be the real deal

Renato Sanches is one of the players recently linked with a move to Wolves. The Portuguese schemer has endured a slow start to the season due to a knee injury, missing seven Ligue 1 games in the process. Since returning to full fitness, however, he has done well for Jocelyn Gourvennec’s side, posting an assist in six outings.

Since ending his three-year horror spell with Bayern Munich by joining Lille in 2019, he has made 67 appearances in all competitions for the French side in which he has managed to rack up 5 goals and 6 assists in the process. That shows how effective Sanches can be in terms of productivity from midfield, adding more dynamism and creativity to Bruno Lage’s Wolves side.

The ex-Benfica starlet is technically excellent and tactically versatile and would instantly improve Wolves’ midfield options. Consequently, he could be an excellent heir and a long-term replacement for the ageing Moutinho.

All in all, this is a deal that simply has to be completed by the Wolves hierarchy in the upcoming transfer window.