West Ham are set to battle Southampton for the signature of OGC Nice defender Flavius Daniliuc. 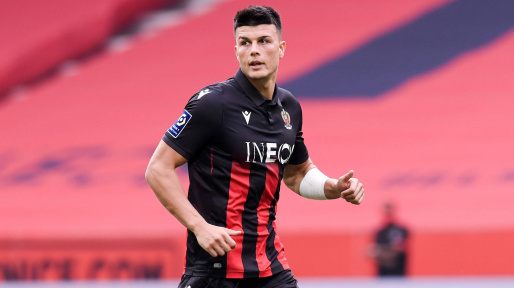 Flavius Daniliuc, 20, joined OGC Nice from Bayern Munich in June last year and impressed in his debut campaign with the Ligue 1 club, making 26 appearances across all competitions. The Austria U21 captain still has three years left on his contract but Nice are ready to let him leave this summer—either on loan or permanently.

This has alerted both West Ham and Southampton, who are busy reinforcing their squads ahead of the new campaign.

West Ham are currently active in the summer transfer window after clinching a European spot last season. They have signed goalkeeper Alphonse Areola on a season-long loan from Paris Saint-Germain, with a buy option inserted in the deal.

Areola, who spent the last season on loan with Fulham, will compete with Lukasz Fabianski for the no.1 spot in David Moyes’ side. In addition to the French shot-stopper, the Hammers have also turned Craig Dawson’s loan from Watford into a permanent deal earlier in the window.

It is expected that West Ham’s work in the transfer window is far from done with only a new face in Alphonse Areola arriving at the club. David Moyes remains keen on adding more players to his squad in a bid to compete on all fronts next term.

David Moyes must shore up his backline

David Moyes received plaudits from all around the footballing world for helping West Ham achieve a top six spot and a Premier League club-record 65 points. He has subsequently committed his future at the London Stadium by signing a three-year deal in June.

The Scotsman’s job with the attacking unit would have really impressed the West Ham board and the fans. Despite the marked improvement in the goals scored last season, Moyes must recruit a striker to cover and compete with Michail Antonio, who cannot be fully relied upon due to his troublesome injury record.

Post that, the Hammers boss should look to shore up his backline, which shipped 47 goals last time out. Moyes already has some experienced defenders in his ranks, like Craig Dawson, Angelo Ogbonna and Issa Diop, and Winston Reid.

However, the current crop of defenders—barring Issa Diop—are in their 30’s and lack a recovery pace, which was demonstrated on many occasions in the 2020/21 campaign. Thus, it is important for Moyes to add some much-needed freshness and vigour to his ageing backline.

Flavius Daniliuc could be a smart signing for the Hammers

West Ham are planning to land young Austrian defender Flavius Daniliuc from OGC Nice. Daniliuc, who is a centre-back by trade but can also operate at right-back, caught the eye in his debut Ligue 1 season and looks ready to make the step up to the English top-flight.

With strong interest from West Ham United, the 20-year-old Nice defender must seize the opportunity and make a jump. The Austrian under-21 international is a young defender with huge potential, with Southampton also understood to be interested in him.

Should the Hammers manage to beat Southampton to Daniliuc’s signature, it’ll be a huge boost to Moyes’ backline.