Tottenham have asked Middlesbrough to keep them informed over the future of Isaiah Jones after the defender played a starring role in the Championship club’s shock 1-0 FA Cup win over Spurs on Wednesday evening. 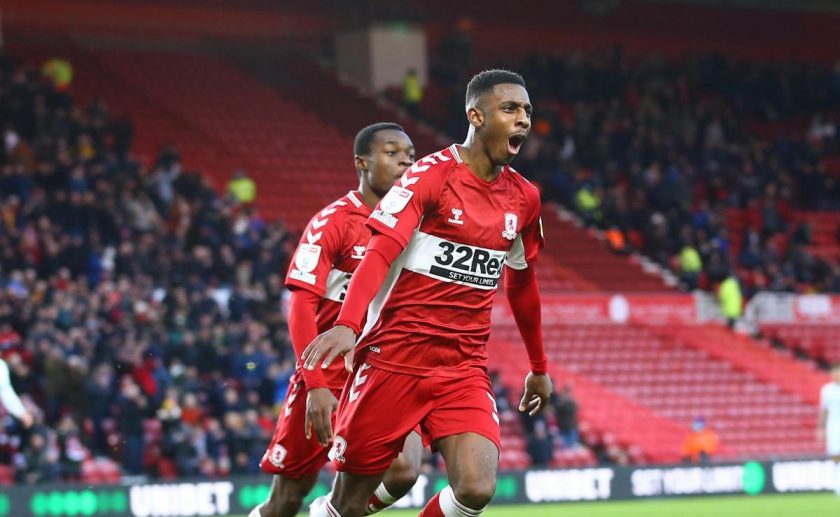 Young striker Josh Coburn’s extra-time strike turned out to be the winner for Middlesbrough at the Riverside Stadium, but it was Isaiah Jones’ performance at right wing-back that caught the attention of Tottenham.

Jones, 22, has burst into the scene this season and become one of Boro’s best performers, registering one goal and eight assists in 31 Championship games. He has played a key role in taking Chris Wilder’s side to eighth on the table—just two points off the final playoff berth with 13 left to play.

The full-back is attracting plenty of high-profile interest, with West Ham, Manchester United, Brighton, Crystal Palace and Brentford are all said to be monitoring the youngster. Clubs like Atletico Madrid, Ajax and RB Leipzig are among Jones’ many suitors from outside of England. However, Middlesbrough are in no rush to cash in on him this summer, having tied him down to a bumper new contract in November last year until 2025.

The right-back position has been problematic for Tottenham ever since Kyle Walker joined Manchester City in the summer of 2017. Serge Aurier, Matt Doherty and Emerson Royal have all tried but failed to replace Walker.

With Antonio Conte coming in at Spurs, the wing-back position has become even more important. Conte wants his wing-backs to be dynamic and great chance creators, something Emerson and Doherty have struggled to prove so far at Spurs. Thus, it is logical for the Italian tactician to eye an upgrade in the right wing-back position at the end of the season.

Is Isaiah Jones the right fit at Tottenham?

Isaiah Jones continues to make waves in the Championship and it is no surprise to see interest from Premier League clubs in his services. The youngster’s quick adaptation from a sprightly winger to dynamic a right wing-back under Chris Wilder makes him a perfect fit for Conte’s Tottenham.

In Conte’s 3-4-1-2/3-4-3 system, Jones would flourish operating at right wing-back. His speed, energy, lung-busting runs and ability to create chances would give Spurs more attacking threat than the likes of Doherty or Emerson. The Englishman doesn’t mind putting his foot through the ball when required and has got the pace to make a few vital recovering runs at the back as well.

At 22, Jones is still learning his trade and can hone his skills at Spurs under a tactically smart manager like Conte. He would be expected to bring plenty of quality to the north London side’s defensive department as long as the player adapts to the rigours of Premier League football. Therefore, Tottenham should seal a move for the Middlesbrough starlet when the transfer window reopens in the summer.