Tottenham Hotspur are keen on a move for AS Roma midfielder Jordan Veretout and could propose a swap deal to the Serie A outfit involving Tanguy Ndombele. 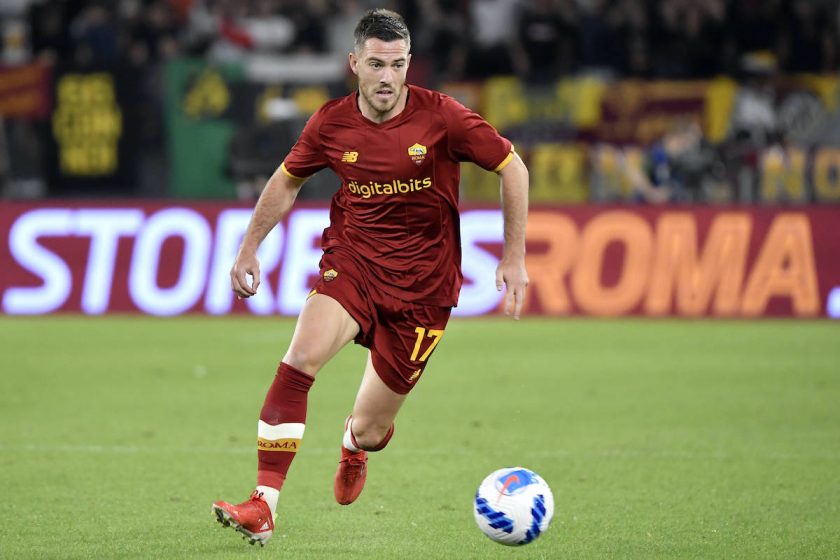 Jordan Veretout, 28, is admired by both Tottenham boss Antonio Conte and director of football Fabio Paratici, with the north London outfit aiming to do business in the January transfer window.

The Frenchman has enjoyed quite a turnaround since being part of the Aston Villa side that suffered relegation from the Premier League during the 2015/16 season. After spending a season on loan at Saint-Etienne, he enjoyed two solid campaigns with Fiorentina.

In 2019, Veretout signed for AS Roma on loan with an obligation to buy. The Giallorossi signed the midfielder permanently a year later from Fiorentina. The five-cap France international had a fine individual last season at Stadio Olimpico, where he bagged 11 goals in 38 games across all competitions. This term, under Jose Mourinho, however, his productivity has dipped with just four strikes in 21 Serie A games so far.

AS Roma, meanwhile, have been linked with Tanguy Ndombele, but it remains to be seen whether a swap deal involving the Spurs midfielder and Veretout could be done this month.

Tottenham gunning for a top-four spot

Antonio Conte has turned around Tottenham’s fortunes since replacing Nuno Espirito Santo in November. The north London side are unbeaten in the Premier League under Conte and produced a crazy comeback from 2-1 down to beat Leicester City 3-2 in the stoppage time at the King Power Stadium on Wednesday.

The result lifted Spurs to fifth in the table, a point behind fourth-placed West Ham, with three games in hand for Conte’s side. With Chelsea faltering of late and Manchester United inconsistent under interim manager Ralf Rangnick, Tottenham have a great chance of making it to the top four this term.

Should Spurs go for Jordan Veretout?

Conte is hoping to do some business before the window closes and his club have been linked lately with AS Roma’s Jordan Veretout.

Having established himself as a regular at the Stadio Olimpico over the last two seasons, making 81 appearances combined in all competitions, Veretout has caught the attention of the Premier League outfit. The Frenchman is a hard-working, tough-tackling midfielder who likes to get forward with the ball, create chances and score goals. The 28-year-old’s all-action midfield displays would make him simply ideal in Conte’s system at Spurs.

Conte has Tanguy Ndombele in his midfield ranks but he doesn’t appear up to the task and has been linked with a move to Roma that would see him reunite with Jose Mourinho. The Frenchman’s move to Spurs from Lyon in 2019 hasn’t worked out and the club are trying to move him on after the midfielder was withdrawn early during their FA Cup third-round victory over Morecambe.

A swap deal involving Veretout and Ndombele could be proposed by Spurs, with Conte keen on Roma’s box-to-box midfielder. Veretout probably deserved another shot in the Premier League, especially under the guidance of Conte, who has already improved players like Oliver Skipp, Davinson Sanchez and Sergio Reguilon.