Tottenham Hotspur have reached a verbal agreement with FC Metz over a deal to sign teenage prodigy Pape Sarr. 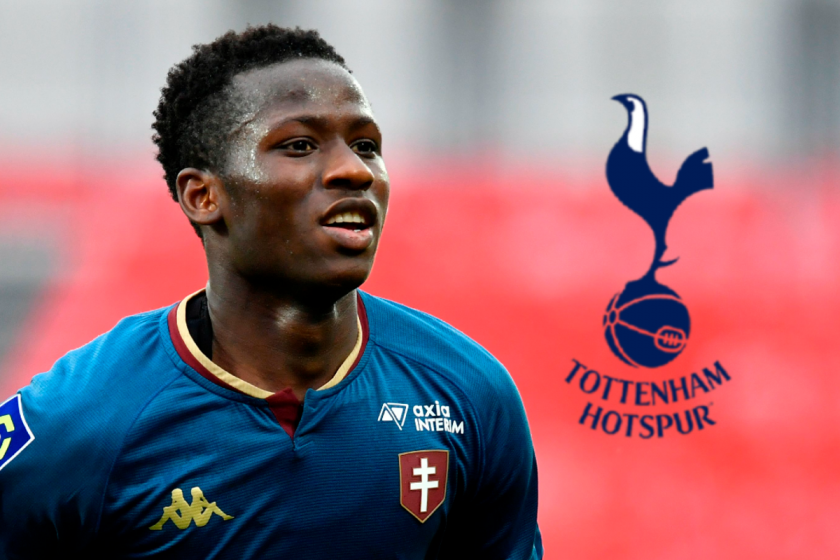 Pape Sarr, 18, one of Europe’s most highly-rated talents, has enjoyed a meteoric rise to prominence with FC Metz. He signed a five-year deal with Metz Generation Foot in September 2020, and after just one game with the Ligue 1 club’s reserve team, he was promoted to the first-team squad.

The youngster made 22 Ligue 1 appearances in his debut campaign with Metz, scoring three goals. He has started the new campaign well with an assist in three appearances so far. Should Tottenham thrash out a deal to sign Sarr, they would loan him back to Metz for the 2021/22 season.

With two wins in as many games in the new Premier League campaign, Nuno Espirito Santo’s era at Tottenham has started perfectly. The Portuguese tactician faces an uphill job of turning the club’s fortunes around after a seventh-place finish last season, which saw Spurs miss out on Champions League football for the second consecutive year.

Nuno looks to do more business before August 31

In addition to Spurs closing in on Pape Sarr, Tottenham are in discussion with Wolverhampton Wanderers over a potential deal for Adama Traore, as Nuno aims to put finishing touches to his squad before the transfer window slams shut.

Adama Traore, 25, who played in Sunday’s 1-0 defeat against Tottenham, flourished in Nuno’s system at Wolves and has been identified as the Portuguese manager’s primary target to bolster his attacking options. The north Londoners could attempt to sign the Spanish international on a season-long loan with an option to buy him for around £40m next year.

Tanguy Ndombele keen to end his time at Spurs

Tanguy Ndombele has told Tottenham he wants to leave the club this month. The Frenchman has failed to justify his £55 million price tag at Spurs since arriving from Lyon two summers ago, managing eight goals and as many assists in 75 appearances.

The 24-year-old midfielder didn’t feature in Spurs’ pre-season and wasn’t part of Nuno’s squad in the opening two league games of the campaign. A move away from Tottenham looks likely to happen before the transfer deadline day but if Ndombele stays, he will continue to fight for his place in Nuno’s squad.

Pape Sarr could be a brilliant long-term investment for Tottenham

Ndombele leaving Spurs would be a blow but Nuno has decent options in midfield to cope, at least until January. Young Oliver Skipp has played every minute under Nuno with the midfielder catching the eye with his fine performances in the middle of the park. The trio of Skipp, Dele Alli and Pierre-Emile Hojbjerg did well in the 1-0 win over Wolves on Saturday.

But with Moussa Sissoko turning 32 earlier this month and Eric Dier trying to reinvent himself at centre-back, Spurs are doing the right thing by signing Pape Sarr from Metz.

Sarr can play in various positions across the midfield and has the required qualities to thrive in the fast-paced nature of Premier League football. Blessed with a good engine, the Senegalese international is an assured passer of the ball, can break play with his tackling and interceptions skills and can chip in with crucial goals for his team.

Another season with Metz in Ligue 1 would do a world of good for Sarr as he needs regular game time to keep developing his game. Next year, he could then arrive at Spurs as a potential replacement for Ndombele, who has made his intentions clear of leaving the White Hart Lane.

Thus, in every sense, Tottenham would do a wise job by signing Sarr and loaning him back to Metz for this season.