Brighton and Hove Albion are on the brink of paying the €18m release clause to sign Getafe wing-back Marc Cucurella. 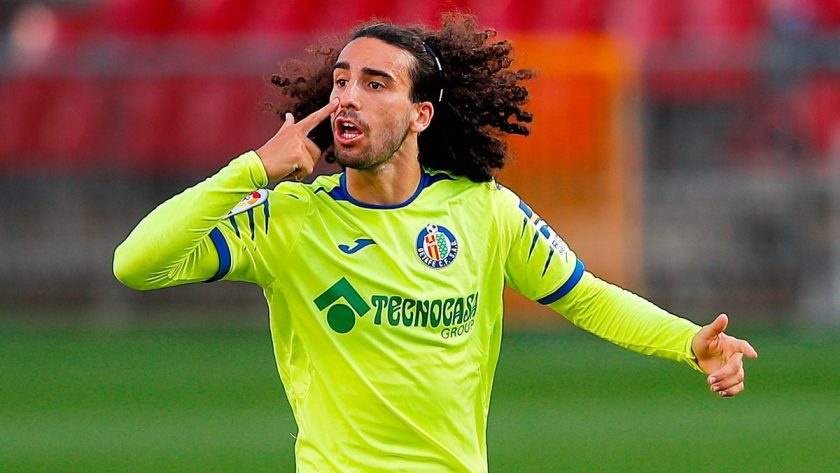 Marc Cucurella, 23, arrived at Getafe from Barcelona in 2019 after managing only one appearance with the Catalan giants. He spent the 2019/20 season on loan with Getafe where he made 45 appearances in all competitions, scoring a goal. In March 2020, they triggered the option to buy the Spaniard for €6 million.

The 23-year-old has made 75 LaLiga appearances for Getafe to date and was part of the Spanish national team that won the silver medal in the Tokyo Olympics. Cucurella days at the LaLiga club now seem numbered and he’ll soon become Brighton’s third signing of the summer transfer window.

The Seagulls have enjoyed a perfect start to the new Premier League season, making it two wins out of two. They defeated Burnley 2-1 at Turf Moor in their season opener before enjoying a 2-0 success over newbies Watford at the Amex Stadium on Saturday.

Brighton must solidify their backline

Graham Potter has made Brighton play an exciting, possession-based style of football in the Premier League. Potter’s side likes to keep the ball, dominate possession and create opportunities with each and every player knowing their roles.

Despite being such a good side to watch, the Seagulls battled relegation last term. Potter would want to avoid a similar situation and must improve his team’s defence. Ben White’s departure to Arsenal has created a huge void in the team and while Shane Duffy has shown he can be the player to fill that gap, Brighton cannot risk ending the transfer window without bringing in defensive reinforcements.

While there have been some obvious signs of promise in the opening two games of the season, the Seagulls will need to improve considerably if they are to push on for a respectable mid-table finish.

Marc Cucurella could be a fine addition to the Seagulls’ side

Having started his career as a left-back, Cucurella has evolved into a more dynamic player over the last couple of seasons with Getafe and has delivered promising displays from the left midfield position. The Spaniard can also play as a left wing-back, and such sort of versatility is only going to make him a valuable addition to Potter’s side.

The 23-year-old is solid on the ball, possesses good pace and is competitive in the air. He is reliable in 1v1 situations and never shies away from throwing himself into tackles and challenges. Cucurella’s young and fresh legs would be much more effective to the Brighton team that wants to dominate possession and play with incisiveness and energy.

Potter has showcased his knack for extracting the best out of up and coming players, as evident from the rise of young prospects like Tariq Lamptey, Steven Alzate, Aaron Connolly and Jakub Moder in the first team. Cucurella is still a young player and can certainly improve his game under the watchful guidance of Potter at the Amex Stadium.

With that in mind, Brighton paying the release clause for the Getafe defender makes complete sense, as this looks like a move that could pay off handsomely for Potter in the years to come.