Newcastle United are weighing up a move for Pierre-Emerick Aubameyang as part of a four-man Arsenal raid in the January transfer window. Rob Holding, Mohamed Elneny and Eddie Nketiah are the other Arsenal players on the radar of the Toon Army. 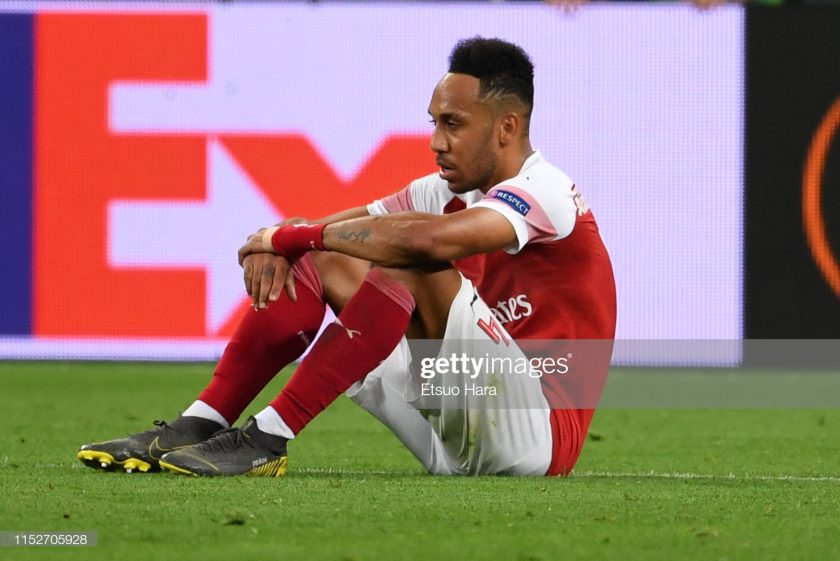 Pierre-Emerick Aubameyang, 32, is touted for Emirates exit having not played for Arsenal since a disciplinary breach in December that also cost him the captain’s armband. The striker’s relationship with Mikel Arteta seems unfixable and while he is currently at AFCON with Gabon, the Gunners will consider offers for him in the ongoing winter transfer window.

Newcastle United are keen on Aubameyang, as the Magpies enjoy their first transfer window under their new Saudi ownership. Following the £300million takeover back in October, the Toon Army have been linked with a host of big names in the transfer market.

The Magpies are close to making their first signing of the winter window in the form of full-back Kieran Trippier, who is set to arrive at St. James’ Park after Atletico Madrid accepted a £12m fee plus add-ons on Wednesday. The potential arrival of Trippier is the start of the club’s rebuild under new owners, as manager Eddie Howe looks to maintain Newcastle’s top-flight status.

Newcastle must bring in a potent goalscorer

Eddie Howe’s team are second bottom of the Premier League, having recorded just one league win all season. They have conceded 42 goals in 19 games so far, a defensive record only matched by basement club Norwich City.

Thus, a move for Kieran Trippier makes complete sense for Newcastle. The England international could help tighten Howe’s backline, which has been all over the place since the beginning of the campaign. The Magpies are also in search of a top-class centre-back to marshal their defence, with none of their current crop of defenders living up to their standards.

Considering Newcastle have netted only 19 times in 19 games, signing a striker is also high on Howe’s priority list in the transfer window. And their hunt must have accelerated following the recent injury to Callum Wilson, who could be sidelined for a number of months with a torn calf muscle.

Wilson is the club’s top scorer this term with six goals and his injury is a big blow for Howe’s side. That being said, the Toon Army must bring in a player to not only cover for the England international but also improve their toothless attack.

Pierre-Emerick Aubameyang would be a coup for the Magpies

Pierre-Emerick Aubameyang is a proven striker at the highest level and that’s something for Newcastle to factor in. Having already reported for the AFCON, he is likely to miss the vast majority of the early-winter schedule this month but the striker could make an instant impact at St. James’ Park after he returns.

The Gabon international has the skill-set and the experience to make things click at the top end of the pitch for Howe’s side, whilst bringing in some much-needed leadership to the squad. The out-of-favour Arsenal star would instantly improve Howe’s starting XI and allow the likes of Allan Saint-Maximin, Joelinton and Miguel Almiron to flourish more in the final third.

With Trippier on the brink of becoming a Newcastle player, Howe and co. must turn their focus towards thrashing out a deal with Arsenal for Aubameyang.