West Ham are one of the few clubs linked with a summer move for Napoli defender Nikola Maksimovic, who is set to leave Naples at the end of the campaign. 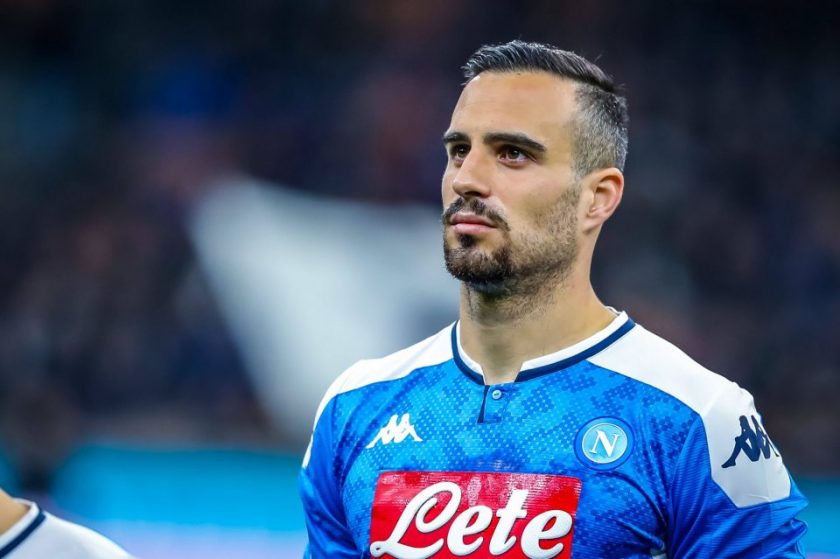 Nikola Maksimovic, 29, who has played in Italy since 2013, is out of contract at Napoli in the summer. And, unsurprisingly, clubs from across Europe are circling to sign him on a free transfer. Apart from West Ham, Crystal Palace, Real Betis and Sevilla are all keen on the Serbian international.

The 29-year-old joined Napoli from Serie A rivals, Torino, in 2016 on loan with an obligation to buy. He has made over 100 appearances across all competitions for the Naples-based outfit. Maksimovic has had a stop-start season and struggled to establish himself in Gennaro Gattuso’s side, managing only 17 league appearances so far. He’s been an unused substitute in Napoli’s last five league fixtures, with the defender’s last outing coming in the thrilling 4-3 victory over Crotone in the first week of April.

Meanwhile, West Ham’s pursuit for Champions League football next season has taken a blow in recent weeks following back-to-back defeats against Newcastle United and Chelsea respectively. David Moyes has done an excellent job at the London Stadium, transforming the Hammers from last season’s relegation candidates to a side challenging for a place in Europe this time around.

West Ham could do well with a new centre-back

With five games left to be played in the Premier League, West Ham will fight tooth and nail to achieve a place in the top four. Moyes would want to end the 2020/21 season on a high and get a few quality players through the front door of the London Stadium in the summer.

Despite selling Sebastien Haller to Ajax in January, the east Londoners haven’t faced any problems scoring goals. The loan-signing of Jesse Lingard from Manchester United has proven to be a masterstroke by Moyes, with the English midfielder scoring nine goals in just 11 outings for his new club. Even though goals have flown by, Moyes would want to bring in a striker ahead of the new campaign. In addition to a centre-back, the Scottish tactician should also look to sign a central defender.

Angelo Ogbonna, Craig Dawson and Aaron Cresswell have all performed well in a three-man backline for the Hammers. Ogbonna, 32, has recently returned from an ankle injury he suffered in February. In his absence, Issa Diop deputised well, and the Frenchman has now become a regular fixture in Moyes’ starting XI. As far as Dawson is concerned, he’s been West Ham’s leader at the back this season.

Nevertheless, West Ham, who have a good chance to secure European football, could do with some depth in their squad to compete in all competitions. Thus, they could do well by signing a new centre-back this summer.

Nikola Maksimovic would be a smart signing on a free transfer

In that regard, the Hammers signing Nikola Maksimovic would go a long way in bolstering their defensive ranks.

Maksimovic is a proven defender and possesses the quality to instantly improve Moyes’ side. The Serbian has solid European experience and international pedigree which could come in handy for the Hammers too. Predominantly a centre-back, the former Torino man has played at both right-back and left-back, as well as a defensive midfielder throughout his career, and such versatility should certainly appeal to Moyes.

All in all, Maksimovic would be a shrewd addition to the West Ham squad on a free transfer.