Southampton are among the Premier League clubs to have registered an interest in Bologna midfielder Mattias Svanberg. 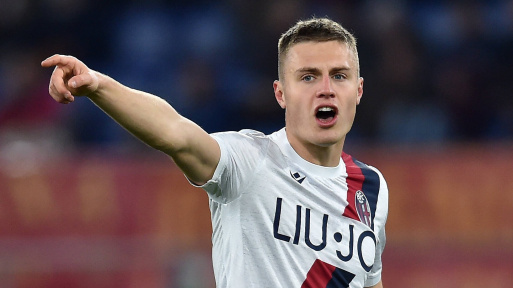 Mattias Svanberg, 22, rose through the youth ranks of Malmo FF and started his professional career back in 2016. Having made 46 league appearances and winning two league titles in three seasons with Malmo FF, Bologna came calling for his services and signed him in the summer of 2018.

The Swede has gradually carved out a reputation for himself as one of the exciting young midfielders in Serie A. Svanberg has made a total of 76 appearances for Bologna in all competitions, registering four goals and five assists in the process.

The 22-year-old has become a vital cog in Sinisa Mihajlovic’s midfield this season, netting three goals in 25 Serie A appearances thus far. The Sweden international’s impressive displays have also caught the attention of Leicester City, while Juventus are also monitoring his progress.

Southampton have found it really difficult to get going for some time now. The Saints were doing very well and looked very much primed to finish in the top six this season, but just one win from their last 12 Premier League games has sucked all the momentum out of their charge.

Ralph Hasenhuttl’s side have suffered 10 defeats during a shocking collapse, with a 5-2 defeat at Manchester City and a 9-0 mauling by Manchester United endured along the way. Injuries to key players have played a big part in ruining Southampton’s season, thereby exposing the lack of depth in the squad.

If Hasenhuttl wants to continue playing his high-octane, energetic and pressing football and challenge for a spot in Europe next season, he’ll need more quality and a bigger squad.

Mattias Svanberg can add depth to the Saints midfield

Out of all the areas, central midfield is one area where Southampton clearly lack enough depth. The exit of Pierre-Emile Hojbjerg to Tottenham has left Hasenhuttl with a dearth of quality cover beyond regular starters Oriol Romeu, James Ward-Prowse and Stuart Armstrong. Summer signing Ibrahima Diallo has done well when called upon but he’s still a long way off to replace Hojbjerg in the Saints engine room.

With Romeu ruled out for the rest of the campaign with an ankle injury, the Southampton boss will have to manage with the limited options available at his disposal. Come summer, he must add a central midfielder to his ranks and Mattias Svanberg would be a good fit at St. Mary’s.

Svanberg has impressed in Bologna colours this season but still has a lot of room for improvement to unlock his true potential. Under a manager like Hasenhuttl who puts tremendous faith in youngsters, the 22-year-old can develop his game and turn into a solid box-to-box midfielder. The Sweden international would certainly add depth to Southampton’s midfield ranks, whilst bringing in healthy competition within the squad.

With his value just being more than €15m of late, Southampton should see Svanberg as a smart investment opportunity. Thus, the Saints should do everything possible to sign the Swedish midfielder from Bologna during the summer transfer window.