The Serbian midfielder is rated around £28m. 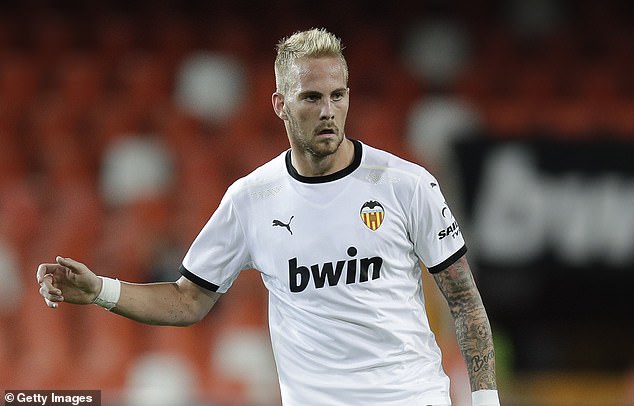 Manchester United have reportedly set their sights on Valencia midfielder Uros Racic. Ole Gunnar Solskjaer has identified the Serbian youngster as the next target after sealing the deal for Donny van de Beek.

It has been reported earlier that Solskjaer is looking for further reinforcements and not finished with the signing of Van de Beek alone. Bayern Munich midfielder Thiago Alcantara has been understood to be on the radar of Man Utd although Liverpool are leading the race to sign him.

United seem to have dropped the pursuit of the Spanish midfielder due to his wage demands. Former Bayern Chief Uli Hoeness had recently blasted Man Utd and Liverpool for their interest in Thiago.

“A while ago we agreed on a new four-year contract. Some days later, he[Thiago] said: ‘I’m looking for a new challenge.’ Which is totally okay.

“I think he obviously has an agreement with Liverpool or Manchester United or both of them. Now both clubs are bluffing, and no one has contacted Bayern Munich officially.

“From my point of view, that has no style. They’re trying to blackmail us, by waiting until the last week, when they’re going to make a cheap offer.

The Red Devils are now looking at the possibility of signing Los Che youngster Uroš Račić, whose value can be lowered to around £28m due to the prevailing situations at Mestalla.

The 22-year-old moved to Valencia in 2018 but has struggled for a first-team place. He had his subsequent loan spells with Tenerife and Famalicao while enjoying a good time with the latter.

In terms of playing style, Racic is robust and has been likened to his compatriots Sergej-Milinkovic Savic and Man Utd’s very own Nemanja Matic. Furthermore, he is a box-to-box midfielder type and an admirer of Paul Pogba.

Uroš Račić could be tempted by United’s offer and citing the current turmoil at Valencia – which resulted in an exodus of first-team players – it would be no wonder if the Serbian leaves the club.

United have acquired Van de Beek from Ajax, and it remains to be seen whether they are willing to bring in Račić for around €30m, the same fee they would have required to pay for Thiago.

At the same time, United are looking to bring a creative forward who could be a lowkey replacement for long-time target Jadon Sancho. The Red Devils have stalled their talks with Borussia Dortmund for the singing of Sancho owing to the German club’s expensive demands.