Villarreal winger Yeremy Pino has emerged as a potential candidate to replace Liverpool star Mohamed Salah ahead of the summer transfer window. 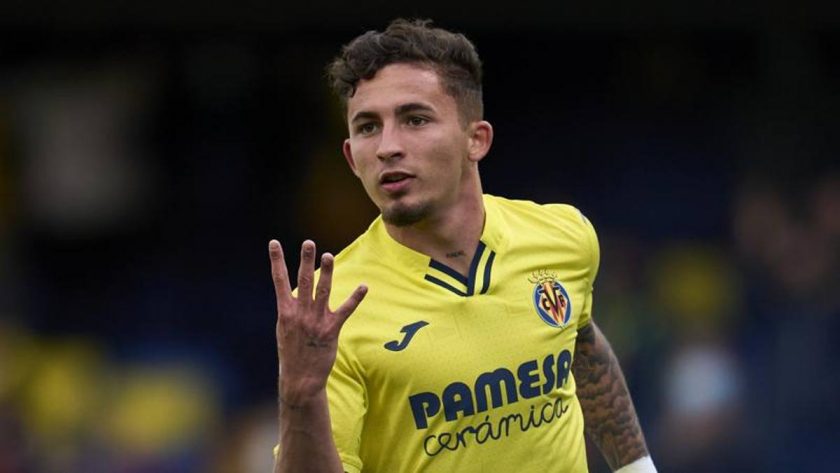 The Reds have been rocked by the latest developments surrounding Mohamed Salah, who could surprisingly leave the club at the end of the season. The Egyptian international, 29, has established himself as one of the world’s best players in recent years and has continued his rich vein of form on all fronts this season. He has netted 28 goals across all formats and has been instrumental in keeping Jurgen Klopp’s side in the hunt for the Premier League crown alongside defending champions Manchester City.

However, Salah’s future at Anfield has been plunged into doubt for some time now amid his continued failure to agree on a new contract at the club. Liverpool owners FSG are hellbent on keeping Salah on their payroll for the foreseeable future but are not prepared to break the bank in negotiations over a new contract.

As things stand, the Egyptian superstar’s contract at Liverpool ends in the summer of 2023 and his entourage haven’t been able to strike a deal to extend his stay in Merseyside. In the wake of him entering the final 15 months of his current contract and negotiations having hit an impasse since December, the Reds have identified Villarreal’s Yeremy Mino as a potential long-term replacement for Salah.

A product of the Villarreal academy, Pino, 19, broke into the senior side last season and hasn’t looked back since then. After a superb breakthrough campaign that yielded seven goals and one assist in 34 games, he has impressed in his second season with Villarreal, registering seven goals and four assists so far.

Last month, the teenager scored a remarkable four goals in the Yellow Submarines’ 5-1 home win over Espanyol in La Liga. Having broken into the Spanish national team under Luis Enrique, there are no surprises to see Pino attracting interest from some top European clubs including Liverpool.

Should Liverpool make a summer move for Yeremy Pino?

Liverpool are trying their best to secure Salah’s future by tying him down on a new contract, but negotiations haven’t been plain sailing so far. Salah has no intention of accepting the current new contract offer from the Merseyside club, leaving his future at Anfield uncertain in the process.

Thus, it makes sense for Liverpool to scour the market for a long-term successor for the Egyptian forward. Yeremy Pino, in that regard, would fit the bill perfectly at the club.

Pino is a young, exciting talent who has shown incredible quality since breaking into the senior Villarreal side in 2020. He has been a permanent fixture in the Yellow Submarines’ side under Unai Emery, and with his pace, dribbling skills and directness, the young Spanish winger could be a great fit in Jurgen Klopp’s high-pressing style at Liverpool.

The 19-year-old only signed a new deal with Villarreal in November, which includes a release clause of £66.6m. For a top prospect with serious potential to be untapped, the Reds would be wise to trigger Pino’s release clause in the summer.