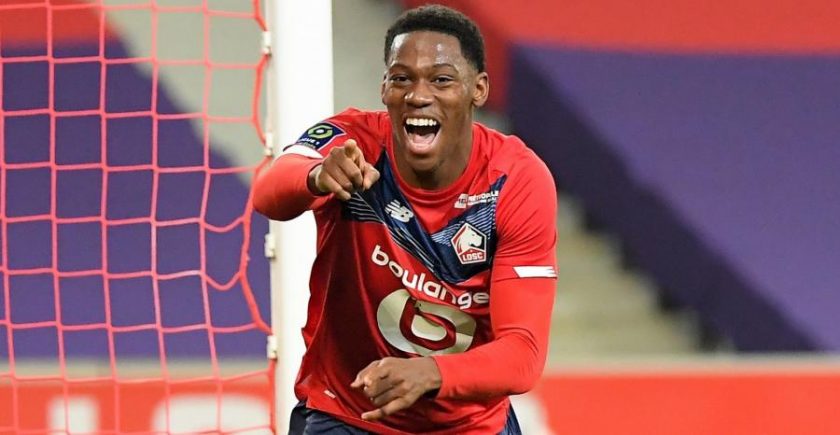 Jonathan David, 21, arrived at LOSC Lille last summer after two prolific seasons with Belgian club Gent and instantly became one of the key pieces in the Ligue 1’s surprise title triumph, netting 13 goals and registering two assists on top of that in 37 appearances. He has managed to replicate last season’s goal-scoring form with 11 strikes in 18 Ligue 1 outings so far this term.

The Canadian international’s eye-catching displays for Lille has caught the attention of David Moyes, who has requested the West Ham board to thrash out a deal for the 21-year-old forward in the January transfer window. David likes the idea of joining West Ham next month; however, the young forward is also apparently keen on a move to Spanish giants Barcelona.

West Ham are on the outside of a race for the Champions League qualification places in the Premier League, and having advanced to the knockout rounds of the Europa League, they could do well with a couple of additions during the mid-season trading period.

Signing a striker is a must for West Ham

West Ham are in the midst of a defensive crisis having lost Angelo Ogbonna, Kurt Zouma and Ben Johnson to long-term injuries. Craig Dawson and Issa Diop are the only senior centre-backs currently fit in the squad, leaving David Moyes desperately short of cover at the back.

With the fixture list set to pile up in the coming weeks, the Hammers must prioritise signing a central defender. In addition, they must also look to bring in a striker to cover and compete with Michail Antonio.

Michail Antonio, 31, has gone off the boil of late, failing to score in the Premier League since netting the winner in the London derby against Tottenham back in October. With the Jamaican international not getting any younger and injury-prone, the winter transfer window perhaps comes at the perfect time for Moyes to ease the pressure of Antonio’s shoulders by adding a centre-forward to his squad.

Jonathan David would be an exciting addition to the Hammers squad

Jonathan David is a young, dynamic and exciting forward who can play in multiple positions across the front-line. Be it as a secondary striker, off the left or down the middle as a no.10, he is a dangerous customer to mark due to his sheer speed, smart link-up play and deceptive movement.

The young Canadian has the qualities to get the West Ham supporters off their seats, and with creative players such as Said Benrahma, Jarrod Bowen, Pablo Fornals and Manuel Lanzini around him, he could blossom under Moyes’ guidance. David would complement Antonio up front, whilst possessing the raw attributes to succeed the Jamaican international.

The 24-cap Canadian international is an exciting forward with loads of potential, and he would be a very smart addition for West Ham. That being said, the east Londoners must quickly launch the offensive for David, who could be available for around £30 million next month.