With their most recent win over Elche on Saturday, Barcelona now have the opportunity to enter into the top four of the La Liga table, if they can manage to beat Sevilla, who are currently second on the table. A win on Tuesday will see the Blaugrana climb up to the fourth spot ahead of Atletico Madrid. 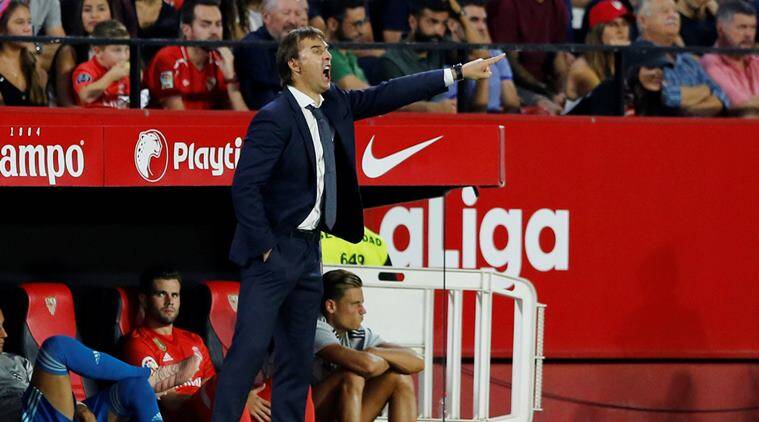 Addressing the Press ahead of the much-anticipated clash, Sevilla boss Lopetegui was full of praise for Xavi’s Barcelona, who have shown remarkable signs of improvement ever since the legendary midfielder took over the reins. Under Xavi, we have seen the emergence of Nico, Abde, Illais, Jutgla, and Gavi, who has reached new heights.

Due to their current financial situation, Barca have had to rely on their infamous La Masia products and it is keeping the boat afloat, for now. Barcelona’s reliance on their young players is what makes this current team one of the best Barca teams, as per the Sevilla boss.

“We had a tough game very recently, and now a tougher one awaits us with a much-improved opponent, one of the best Barcelona sides in a long time with the emergence of footballers who are difficult to see at other teams, young, but very good, plus the return to action of others such as [Ousmane] Dembele.”

The Blaugrana is currently in the middle of a rebuilding process and with the enormous potential that the side holds, they could be back to dominating Europe soon. Having said that, it is going to take time and patience.

“We expect a very powerful, very complex Barcelona, with the clear touch that Xavi has given them.

The former Real Madrid boss also believes that Barcelona’s narrow 3-2 win over Elche does not represent the dominant display they had put up, for the most part of the game. Two quick goals in succession from Elche saw them on course for a draw but Nico scored a brilliant, late goal and that saw the former La Liga champions clinch the 5-goal thriller.

Xavi on Sevilla’s performance this season

The 41-year-old believes that Sevilla are ready to win the La Liga and this match is a glorious chance for them to put sustained pressure on the league leaders in Real Madrid.

“Sevilla are ready to be the LaLiga champions, they almost were last year, they can go three behind the leaders with a win.”

On the 16-point gap separating Barca and Real Madrid

The former Al-Sadd boss did not mince any words when he was asked to comment on the massive gap between the league leaders (Real Madrid) and Barcelona.

“It’s an abysmal gap to Real Madrid, we are 16 points behind, but there is a lot of the league [season] left and we can’t rule anything out.”

Xavi will be hoping that Barca defend well against Sevilla as the margin of error will be very less against the Palanganas, for a struggling Barca backline. It will be interesting to see if the former midfielder decides to start Nico, given that he has found the back of the net two games in a row now.

With La Liga rules stating that a team cannot field more than three B team players at any point in time, Barcelona have got a selection headache as the likes of Abde, Gavi, Nico and Jutgla have been performing consistently.

This precise reason is why Xavi has been asking the Senior players in the team to step up.

Do you think Barcelona can cause an ‘upset’ at Seville?