Wolves are among a host of clubs linked with a move for Spartak Moscow midfielder Guus Til, who is currently on loan at Feyenoord. 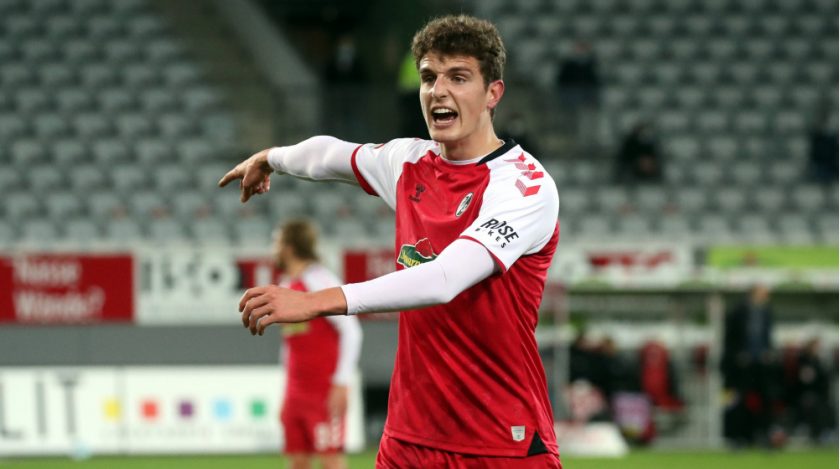 A youth product of AZ Alkmaar academy, Guus Til, 23, was once regarded as one of the most promising talents in Dutch football. After three quality seasons with AZ Alkmaar, he joined Spartak Moscow in a £15 million deal in the summer of 2019. However, things did not work out for the Dutchman as he struggled to cope with the demands of Russian football.

After failing to impress on a season-long loan move with Freiburg the last term, which saw his time with the Bundesliga club cut short, Til returned to his homeland with Feyenoord in the summer and has managed to revive his career. The attacking midfielder has found his lost mojo with 15 goals and three assists in 29 appearances for Feyenoord, including nine goals and two assists in 17 Eredivisie games.

The 23-year-old’s sizzling performances at De Kuip haven’t gone unnoticed, with Premier League clubs such as Southampton, West Ham, Crystal Palace, Watford, Brentford and Brighton keeping tabs on him. Spartak Moscow have the option to recall Til from his loan spell in January, and considering the ever-increasing interest in him, the Russian side could look to make a substantial profit by cashing in on him.

Wolves must improve their productivity in front of goal

Wolves have been a good side to watch under Bruno Lage, playing a fast, attractive brand of football this season. They have been stingy defensively, conceding 14 goals in 18 games. But to back their exciting style of play, which has been a breath of fresh air for the fans after last season’s disappointing performances, Bruno Lage’s men just haven’t scored enough goals so far.

13 goals scored in 18 games is an underwhelming reading, to say the least, and the Wanderers must definitely look to improve their productivity in front of goal in the second half of the season.

With the January transfer window on the horizon, Bruno Lage must try bringing in a player who would create chances for forwards such as Raul Jimenez, Hwang Hee-chan and Adama Traore, whilst chipping in with a fair amount of goals.

Guus Til could be a smashing addition to Wolves’ ranks

Guus Til has attracted plenty of interest from Premier League clubs of late and he is a player who would fit perfectly in Bruno Lage’s system at Wolves.

Til would add plenty of energy, creativity and goal-threat to Wolves’ midfield and the Midlands club could pounce on the fact he has regained his lost mojo with Eredivisie side Feyenoord.

He is a busy midfielder who can impact the play at the top end of the pitch, potentially offering the likes of Traore, Jimenez and Hwang more service than they’ve received all throughout this season. The Dutchman’s running power with the ball, spatial awareness and ability to time his runs into the box to score goals would make him an asset to the Black County outfit.

Therefore, Lage must swoop for Til in the New Year. It seems, though, that Wolves will have to fight off serious competition if they are to sign the exciting four-cap Netherlands international next month.