Barcelona earned three vital points against Elche on Saturday. Despite leading 2-0 at the end of the first half, the former La Liga champions made things difficult for themselves when they conceded two quick goals in succession in the second half. The second-half struggles of Barcelona continued but they were lucky to come out of the 90 minutes with a victory as Nico snatched a late goal. 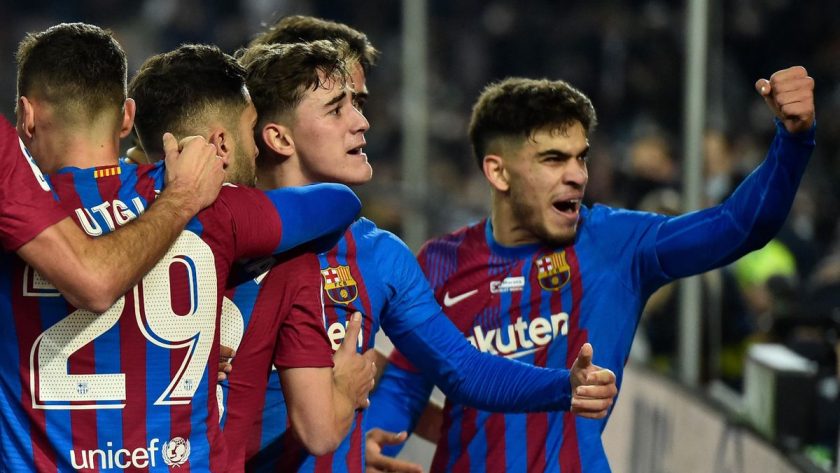 There are clearly defensive issues to be addressed at Barcelona as they have been conceding an average of 1.23 goals per game, in the La Liga this season. Moreover, the finishing has also been flabby and the team tends to lose its shape in some of the vital moments of the game. Having said that, unlike the Barcelona of the old, the Blaugrana cannot seem to maintain possession for extended periods of the game, something that has been hurting them, especially in the second half of their games.

Technical deficiencies at the club

After the game, Xavi highlighted the technical deficiencies that have been ravaging the club since their treble-winning 2015 season, which was also, Xavi’s last season as a Barcelona player.

“I have not been here for six years and there are things that have surprised me tactically. I wasn’t here so I don’t know who’s responsible for it, but it’s making [the job] hard for us.

“The large majority [of players] don’t understand positional play. There are mechanisms that I understood from the age of 11 and we have players here that haven’t worked on them.”

On the performance of the La Masia graduates

The 41-year-old also highlighted the match-winning display of Ferran Jutgla, Gavi and Nico. The three La Masia graduates managed to get on the scoresheet with Jutgla opening the scoring and Nico sealing the deal for Barcelona with a late goal. Gavi’s dribbling and finishing skills were on point as he had two shots on target, with one of them resulting in a goal. Moreover, he had a pass success rate of 97% and managed to provide an assist to Nico.

The 41-year-old believes that Gavi can achieve a lot with his fearless attitude if he trains hard enough.

“You can only take you hat off for that performance from Gavi,

“What’s most surprising about Gavi is his age, he’s 17. Look at how he’s competing. Today he made the difference with a goal and an assist. I don’t want to compare him with anyone, just make sure he doesn’t put the brakes on because he has no ceiling.”

The Barcelona boss has also reiterated in the past that it was necessary for the senior members of the squad to step up but at the same time, was left impressed that the younger crop of La Masia players have been doing it on a consistent basis.

The win against Elche means that Barcelona are now only three points from fourth-placed Rayo Vallecano, with a game in hand. With their next game against Sevilla, Barca will at least hope to salvage a draw from a difficult fixture and if they do manage to win, they will be fourth, and in a UEFA Champions League spot.