Leeds United are eyeing a summer swoop for Fulham midfielder Harrison Reed as a potential understudy to Kalvin Phillips. 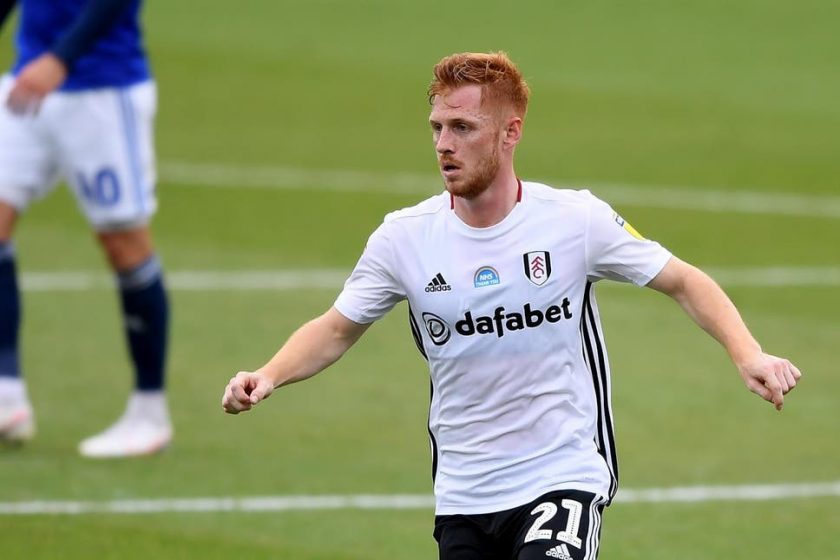 Harrison Reed, 26, joined Fulham on a permanent deal from Southampton last summer and made 31 appearances as Scott Parker’s team were relegated back to the Championship. The 26-year-old defensive midfielder did impress the Cottagers and his situation is now being monitored by Leeds United ahead of a potential transfer.

Fulham, following their relegation, are fighting to keep hold of several star players, many of whom are interested to continue playing in the Premier League. And Reed is certainly one of those, having caught the eye of a host of top-flight clubs.

Meanwhile, Leeds United were so impressive in their first season back in the top-flight. They secured a ninth-placed finish, playing some rip-roaring, expansive brand of football under Marcelo Bielsa.

After a successful campaign, the Whites are preparing for their second year back in the Premier League. They have completed one transfer business so far this summer, with Tyler Roberts signing a new three-year contract. Now, Leeds must push ahead with their external recruitment.

Leeds’ director of football Victor Orta is keen to get as many players through the door before the start of pre-season as possible.

One of Leeds’ best performers in the Premier League last season was Kalvin Phillips.

Phillips, 25, is crucial to how the Peacocks play under Bielsa, acting as the link between the defence and attack. He made 29 league appearances for the Yorkshire giants, registering a goal and two assists.

The 25-year-old defensive midfielder has got unbelievable fitness levels and energy that helps him cover a lot of ground in every game he plays. Phillips’ impressive passing range, work rate and defensive acumen have seen him being called up to the England squad for the Euro 2020 competition.

Without Phillips’ presence in the engine room this past campaign, Leeds often struggled to play their natural game. Robin Koch was used a couple of times in the deep-lying midfielder’s role but he’s a centre-back at the end of the day.

Thus, bringing in a player to cover and compete with Phillips is so vital for Leeds this summer. As far as rumours are concerned, the performances of Harrison Reed since pulling on a Fulham shirt has been really consistent and that’s what has convinced the Whites he might be a good option for them in the engine room.

Is Harrison Reed the right fit at Elland Road?

Reed was one of the very few consistent performers in Fulham’s midfield in the Premier League, in spite of their eventual relegation. The Englishman is a hard-working and tenacious player, whilst being good with the ball on his feet. The midfielder boasts of an impressive work rate and at 26, he still has his best years ahead of him.

The qualities of Reed with and without the ball could make him such an effective signing at Elland Road. Thus, signing the Fulham midfielder would go a long way towards adding some much-needed depth in a key area of the pitch for Leeds.