Brighton and Hove Albion have tabled an offer for Independiente starlet Alan Velasco ahead of the summer transfer window. 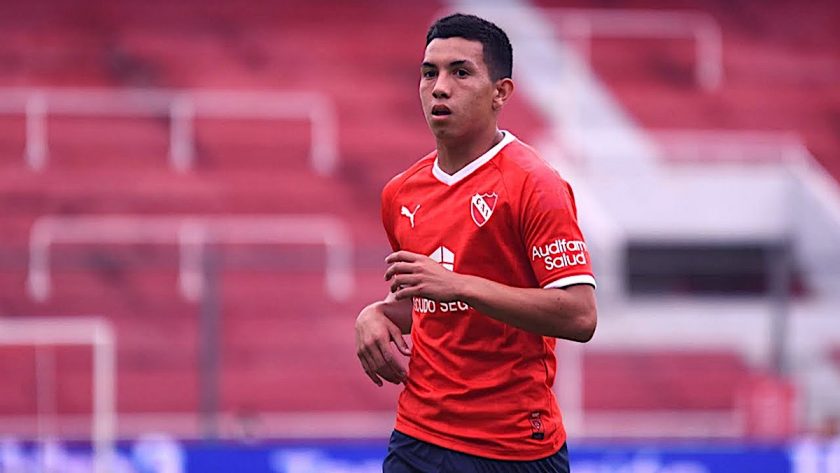 Alan Velasco, 18, is one of the fresh talents emerging from South America and has already been compared to fellow Argentine Sergio Aguero. A product of the Independiente academy, the 18-year-old forward has played 11 games for the club in the Argentine Primera Division in 2021.

The youngster’s exciting displays has left the scouts from several European clubs to sit back and take notes. Velasco has already caught the attention of Premier League duo Brighton and Newcastle United, while clubs from France and Mexico also remain keen for his signature.

It is understood Brighton have submitted a bid in the region of €10.3m for Velasco and are in direct talks with Independiente. However, a deal isn’t done yet, as the Seagulls look to beat off competition for the young attacker.

Brighton have shown clear signs of progress under manager Graham Potter. They finished 16th last season but 13 points clear of the drop zone, with memorable victories over Liverpool and champions Manchester City.

Graham Potter has made the Seagulls play a possession-based, exciting brand of football in the Premier League. Potter’s side believe in keeping the ball and trying to create fluidity from back to front. Tweaks have been made here and there along the way, but the English tactician’s progressive style of play has remained present throughout.

Brighton must eye attacking reinforcements in the transfer market

While Potter’s style of football has drawn plenty of plaudits, Brighton scored only 40 goals throughout the 2020/21 season. For all the exciting and creative play, the Potter-led side have had serious issues in front of the goal.

Neal Maupay was the top scorer with just eight goals of the Seagulls’ 40 in the entire last campaign, giving us a clear insight about their attacking woes. The rest of Potter’s forwards—Danny Welbeck, Leandro Trossard, Alexis Mac Allister, Alireza Jahanbakhsh and Aaron Connolly—managed just 18 goals among them.

Thus, it is crystal clear that Brighton are in real need of a consistent goal-scorer if they are to improve on their performances and challenge for a top-half finish next term. In addition to a clinical striker, the Amex-based club could also do well by bringing in a creative playmaker.

Pascal Groß and Leandro Trossard are Brighton’s chief creative threats, with the duo bagging 15 assists combined the last term. However, in order to increase the team’s productivity in the final third, creative talent in Alan Velasco would be great.

The teenager is a versatile player capable of playing anywhere across the front-line, and such flexibility adds more value to his name. At a very young age, Velasco has got the composure and technique of a seasoned campaigner, and that is only going to improve with time and experience. And to reach the top level of his career, playing in the best league could pave the way for the young Argentine to achieve success.

Velasco is a prodigious talent who is already earning rave reviews in Europe. Hence, Brighton must put a strong fight to secure his services.