With the Premier League season over, and the official awards set to be dished out shortly, the recent announcement of the player of the month candidates reminds us that there is still one final round of monthly honours to be awarded.

Putting aside from the welcome return of fans to Premier League stadiums, which was in itself a huge highlight to end the season with, this was a rollercoaster of a month from start to finish. The nails were hammered into Fulham’s coffin as the relegation battle reached its conclusion, and an incredible battle for the European spots went right down to the very last moment of the final day. Arsenal and Liverpool unquestionably won out as the form teams of the month, but as ever, many of the individuals who lit up the league in May were among those you’d least expect.

Players have produced and memories have been made; it’s time to pick this season’s final Team of the Month. 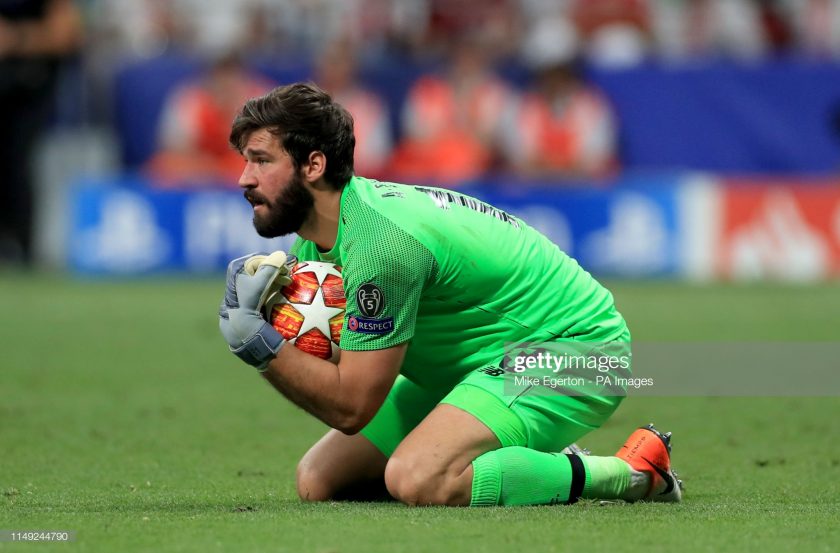 It’s been some turnaround from Liverpool in recent weeks, whose run from dead and buried outsiders to top four finishers has been exceptional, to say the least.

The team’s redemption has been embodied by no one better than goalkeeper Alisson, who has shown incredible strength of character to recover from poor form and personal tragedy in early 2021 and play a huge role in Liverpool’s excellent ending to the season.

As well as doing his usual job well by keeping three clean sheets in May, the Brazil stopper also wrote himself into Premier League folklore by scoring a late headed winner against West Bromwich Albion, the first time the league has ever seen a winning goal from a goalkeeper.

A moment that will live long in the memory, and perhaps the most important one of all in Liverpool’s season.

Alisson may have grabbed a lot of the headlines for the Reds as the season came to a close, but the revival of Trent Alexander-Arnold’s form in the final weeks was a headline in itself.

Continuing his impressive form shown in April, Trent chipped in with two assists in May as well as playing every minute in Liverpool’s aforementioned three clean sheets from five matches, helping his side force their way into the top 4 right at the death.

The right-back’s form was clearly enough to win back the trust of England manager Gareth Southgate, even if a desperately cruel recent injury has now ruled Trent out of EURO 2020. You expect that he’ll come back stronger next season.

Leicester may have faced notable final day European heartbreak, but Arsenal suffered a dramatic season ending of their own, when two late goals from arch-rivals Spurs booted the Gunners out of European competition for the first time in 25 years.

In spite of this, Arsenal’s end of season form was certainly encouraging, with centre-back Gabriel finishing strongly. The Brazilian defender has had a relatively strong first season in the Premier League, and played every minute of the final five games as Arsenal won the lot and conceded just twice in the process.

The North Londoners finished with the third best defensive record in the league, Gabriel having played a key part. With David Luiz leaving, could the young centre-back be ready to step forward into a leading role?

What a whirlwind few months it has been for Liverpool centre-back Nat Phillips. From being virtually unheard of to a consistent presence at the heart of Liverpool’s injury-struck defence, Phillips has really made a name for himself in recent months, and continued to do so in May with some very impressive performances.

Playing every minute of Liverpool’s May fixtures, the centre back more than played his part in his side’s achievement of earning three clean sheets, and also notched an assist in the Reds’ impressive 4-2 win at the home of arch-rivals Manchester United.

A bullet header of a goal against Burnley, followed by a headed goal line clearance in the same match, underpinned just why he has become so well known for his aerial ability in his short time in the first team. 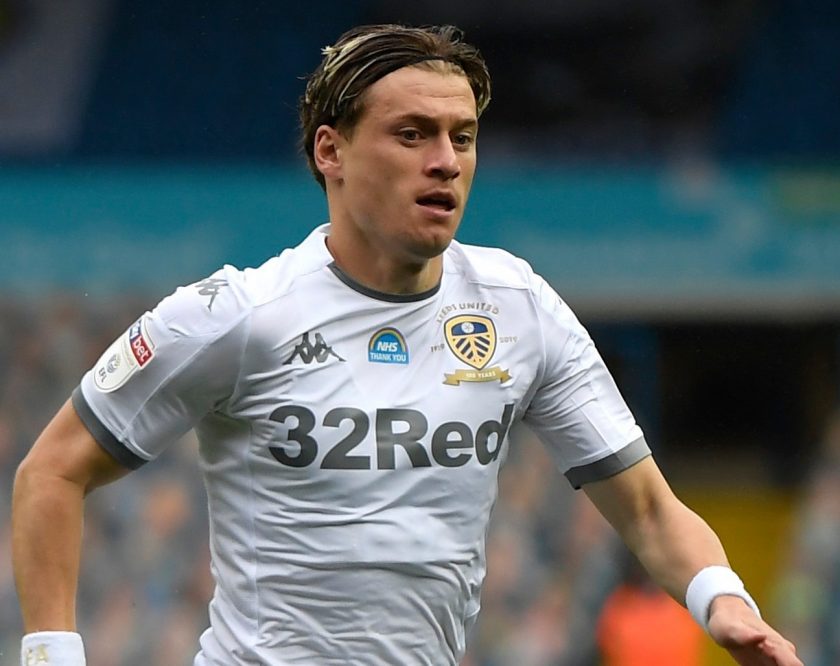 Any notion of an end of season Bielsa Burnout at Leeds United disappeared in the Premier League’s closing stages, with the promoted side showcasing some of their best football of the campaign in May to achieve a top half finish.

Among those going at full sprint right until the final whistle of the last match, Elland Road cult hero Ezgjan Alioski was one of the top performers. The North Macedonia international demonstrated his typical versatility on the left flank by contributing two assists throughout the month and also helping his side achieve two clean sheets, as Leeds won four out of five to round off an excellent season.

He’s certainly a player The Whites will want to hold onto. For now though, Alioski can enjoy playing in his country’s first ever tournament at Euro 2020.

The unlikely Champions League dream didn’t quite happen for West Ham in the end, but that shouldn’t detract from what was an incredible season for the Hammers, who did manage to achieve a place in the Europa League.

It was an unthinkable outcome at the beginning of the campaign, and one can only wonder if they may have gone one further had Declan Rice not suffered an injury in the Spring. The midfielder returned for the final three matches of the campaign and the Hammers instantly looked more solid defensively with him in the side, conceding just twice in those fixtures and picking up seven points.

The midfielder even scored in the final day win over Southampton to cap off a great season both individually and for the team as a whole.

As with many of Liverpool’s players in 2020/21, it hasn’t been the best of Premier League campaigns from Sadio Mane, who has been somewhat below par in the second half of the season.

However, the winger’s fortunes began to change towards the end of the campaign, playing a huge role in the Reds’ successful finale. Mane notched three goals and two assists in May, including a double against Crystal Palace on the final day to get his side over the line.

This late burst of form reminds us that, as ever, form is temporary and class is permanent. He’s another player you’d expect to be back to his very best sooner rather than later. 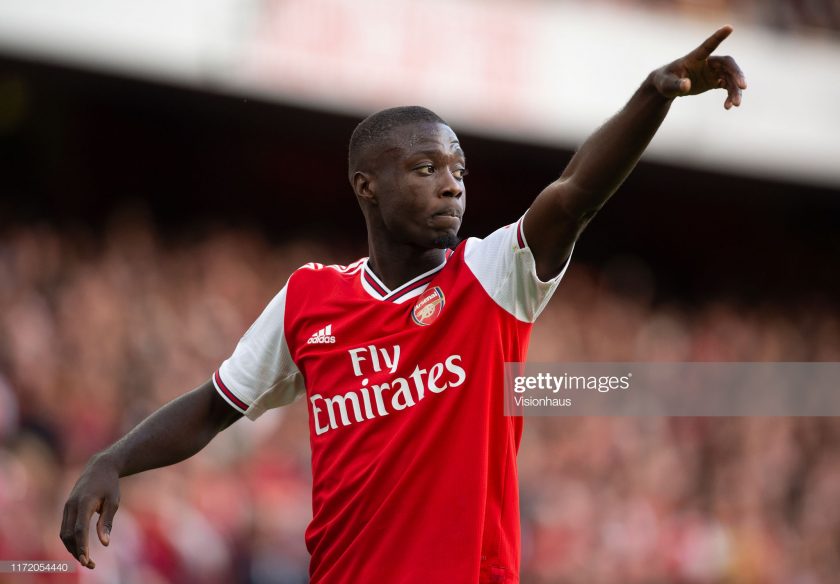 It’s taken a very long while, but the performances of Nicolas Pepe in the final few weeks of the season would suggest that the £72 million winger has finally arrived for Arsenal.

The Ivorian scored five times in Arsenal’s final three matches, and is beginning to combine his usual trickery with more consistently clinical finishing for the Gunners. His individual brilliance and increased efficiency in front of goal played a big part in Arsenal’ five game winning run to round off the campaign.

The addition of an end product will be cause for renewed optimism amongst the Arsenal faithful, and you’d think that Pepe has now staked a claim as a regular starter for the North London side. 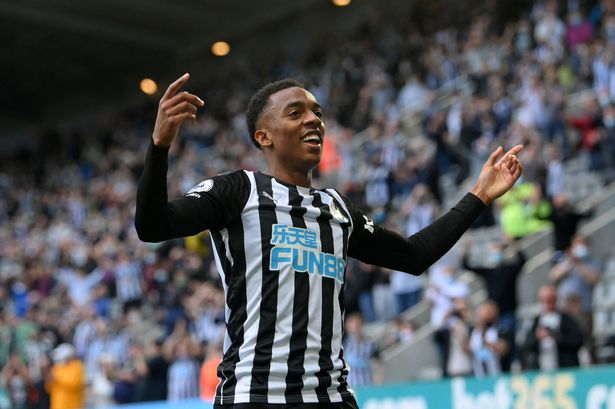 From one Arsenal man to another, Joe Willock is another fully deserving name in the XI – albeit his recent achievements have instead come in the black and white stripes of Newcastle United.

The young midfielder continued his exceptional April form by netting in all four games he played in May. In doing so, he helped his side achieve a respectable 12th place finish, and on an individual level, became the first Newcastle player since Alan Shearer to score in seven successive Premier League games.

The question now is, will he return to Tyneside, or will Arsenal recall him to add some desperately needed goals in midfield? Only time will tell, but young Willock’s career is certainly in a better position than when he first made the journey north a few short months ago. 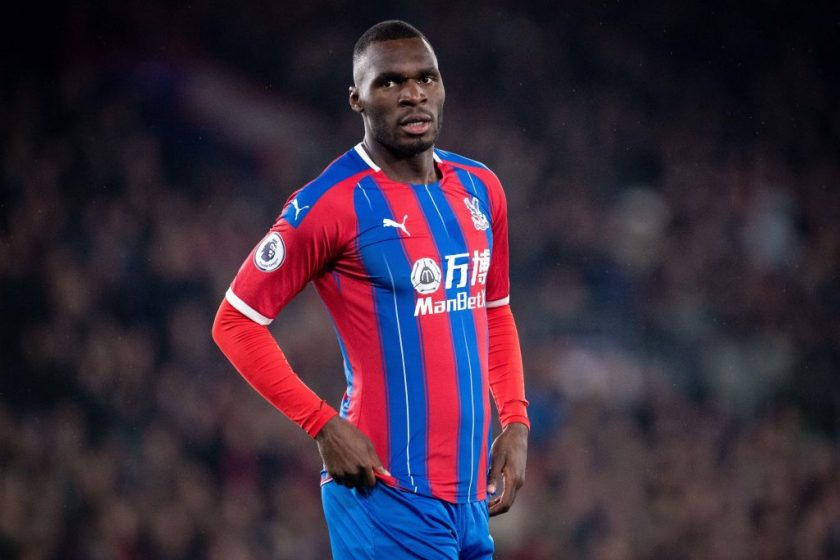 Since the 2017/18 season, striker Christian Benteke has endured something of a miserable time at Crystal Palace, suffering from a lack of confidence and consistency.

However, Benteke has had something of an upturn in form this season, reminding us all why he was such a hit back in his early Premier League career at Aston Villa. The big Belgian netted in each of his final four games of the season to help Palace to some impressive wins, including one over his former club.

It has taken a long time, but it seems that Benteke is finally coming back to his best at Crystal Palace, although it’ll be interesting to see the approach taken with him by the next manager at Selhurst Park following Roy Hodgson’s departure.

We finish with another striker who had something of a topsy-turvy season that finished on a high note.

Rodrigo Moreno’s goal return for Leeds United this season may not have been quite as high as some might’ve hoped, but his importance to Marcelo Bielsa’s side was underlined in the final few matches with some excellent performances for the Whites.

The Spaniard registered four goals and an assist in May, in just 200 minutes’ worth of football, as Leeds swept aside everything before them in the final weeks of the season. A few more performances like that next season and Rodrigo could well become an Elland Road favourite.

It hasn’t been the season that Arsenal fans, or Mikel Arteta, had hoped for, with the Gunners bowing out of Europe with a whimper and missing out on European football for the first time in 25 years.

In spite of this, there was some hope for Arsenal towards the season’s end, with the team, perhaps driven by their European failure, achieved a perfect record in May of five wins from five. In the process, Arsenal completed a league double over London rivals, Chelsea, for the first time in 17 years, and conceded just twice in the whole month.

It looks like Arteta will be allowed to continue at the Emirates Stadium, and this run of performances and results may just give him some hope that a turnaround may be possible.