According to an Italian journalist, Vito Angele on the Italian Football Podcast, Manchester United are interested in signing Lille star Boubakary Soumare during the January transfer window. 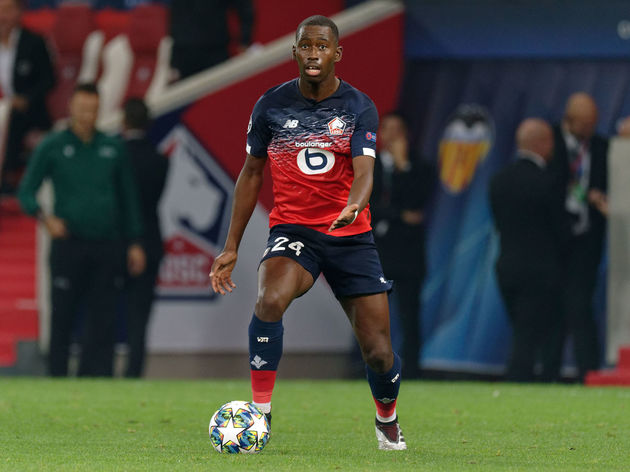 Boubakary Soumare, 21, who joined Lille from Paris Saint-Germain on a free transfer back in 2017, is rated as one of the top young talents in Ligue 1. The French midfielder of Senegalese descent has become a pivotal figure for the club since last season.

This season, Soumare has made 16 Ligue 1 appearances and helped Lille to third in the table. His progress hasn’t gone unnoticed, alerting Liverpool and AC Milan among some of Europe’s top clubs.

Manchester United are in sublime form at the moment, as they sit at the top of the Premier League. The midweek victory over Burnley at Turf Moor saw them continue their brilliant unbeaten away form. The Red Devils will travel to Liverpool on Sunday looking to open up a six-point lead at the top of the league table.

Ole Gunnar Solskjaer has created an atmosphere, culture and a spirit in the squad that has made them genuine title contenders this season. Bruno Fernandes continues to be a driving factor for the side ever since his arrival and Paul Pogba is back in the form of his life, recently scoring the winner against Burnley. Scott McTominay and Fred often start big games for United, while Nemanja Matic’s experience remains vital.

Marcus Rashford, Anthony Martial, Mason Greenwood and Edinson Cavani form an exciting United attack that can destroy teams on their day. Amad Diallo, the club’s latest recruit from Atalanta, trained for the first time with his new teammates on Friday and could be in the United squad against Liverpool.

The Red Devils’ defence has looked solid of late, with Eric Bailly making an instant impact since returning to the first XI from injury. Harry Maguire has marshalled his troops well, while the likes of Luke Shaw, Aaron Wan-Bissaka and Alex Telles have made important contributions so far.

Despite United having a stacked midfield unit as things stand, Solskjaer must continue improving his squad to compete with the best European teams. Matic will be 33 years old by the time the next season commences, whereas Pogba’s future at Old Trafford remains uncertain.

Pogba has grown into one of the most influential players for Solskjaer’s side in the last few weeks. However, the Frenchman is contracted until 2022 and is now reportedly wanted by Paris Saint-Germain, with Mauricio Pochettino making the midfielder his number one target.

Boubakary Soumare is the right way to go

With Pogba unlikely to extend his stay at Old Trafford beyond 2022 and Matic entering the final phase of his career, Solskjaer should go for Soumare to bolster his midfield department. A defensive midfielder by trade, Soumare could be a fantastic long-term replacement for Matic. The France U-21 international would add a lot of quality and depth to Solskjaer’s squad, which is brimming with some young talents.

The Lille midfielder fits the sort of signing United have pursued under the Norwegian tactician. All in all, United would be wise to sign Soumare this month rather wait till the summer.